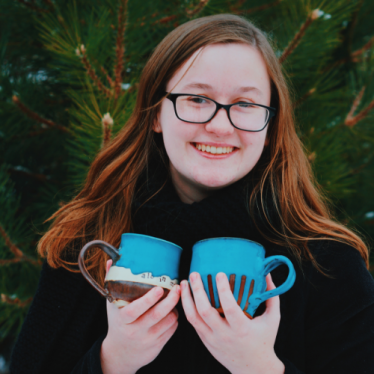 Other clubs, sports, activities:
I’m on the board/a teacher for the ceramics club, I’m one of the Head HONS, and I am the VP of Albright House!

Describe your major completely incorrectly.
Religion is the study of old, boring texts and beliefs that have no relevance in modern times.

Looking back a decade (or two) from now, what's something you'd like to have achieved?
Like a lot of seniors, I don’t know for sure what my future looks like beyond the next year or so. That being said, I would like to have cultivated a life that I’m happy with day-to-day, which for me means living in a place that I like, having good friends and enjoying my work.

The kinds of discussions that Smith cultivates are where students are encouraged to engage with material outside of class in more informal settings.

Describe one moment with friends or classmates that particularly sticks with you.
This is not really a single moment, but I think a very “Smithie” memory that I have involves long conversations about religion late into the night with my friend Dora Kianovsky ‘23. Part of going to Smith is finding the people who are excited about the same niche as you are and aren’t afraid to “nerd out” about things. Dora is a Jewish studies major, so she has a ton of expertise about Jewish culture. As a religion major with a concentration in biblical literature, I have a lot of textual knowledge, and we have really fun discussions and learn a lot from each other. Last semester we often stayed up until 1 a.m. talking shop. Once, we were talking through potential ideas for a paper. Suddenly, we turned to each other, and at the same time we both said “Maccabees” —a set of four apocryphal books of the Bible that we had read for class and both simultaneously thought would be an excellent example of what we were discussing. It was hilarious, but also a great example of the kinds of discussions that Smith cultivates, where students are encouraged to engage with material outside of class in more informal settings.

What has been your favorite spot on campus to brainstorm great ideas? What spot will you miss the most?
I love all the libraries on Smith campus. Josten is definitely my favorite overall—I spent so much time there, especially before Nielson opened. These days I spend more time in Neilson since it is closer to my house, or Hillyer because that’s where my carrell is. But I think the space that I will miss the most are the hallways and common spaces in Albright House. 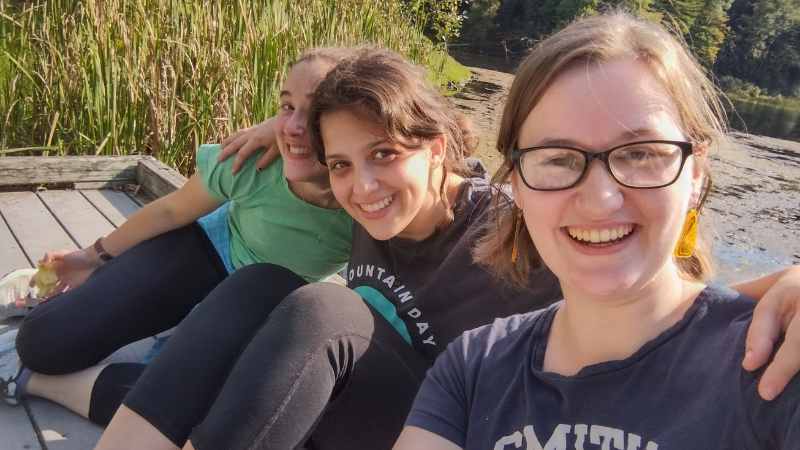 If you could tell an alum something about your own personal experience at Smith, what would it be?
As I enter the alumnae network in May, I want to make sure that even while I appreciate everything that Smith has done for me, I continue to support students on campus who are fighting for change. Smithies appreciate support from alumnae as we push to improve the college every year!

Who was your favorite professor and what did you most like about their style of teaching?
My favorite professor is my major advisor, Joel Kaminsky. His first-year seminar, “The Bible in the Public Square,” was the reason that I chose the religion major. The class was about how the Bible has been used in various political debates throughout American history, and it opened my eyes to how important religion is today. Professor Kaminsky has always believed in me, and he encourages me to push myself and grow as a scholar. He has helped me appreciate and engage with the nuance of conversations about religion and biblical texts in particular, and he is the professor who has most contributed to developing my critical thinking skills, which are the hallmark of a liberal arts education. He is always willing to talk at length about my ideas and help me develop them, and he always has the right book or resource to share, no matter the topic. I’ve enjoyed getting to learn from him both in a classroom setting and through my special studies in biblical Hebrew this year. A lot of important parts of my time at Smith—being commissioned by the religion department to make mugs, taking a biblical Hebrew course at NYU, my current special studies in the anthropology department, and of course, choosing to be a religion major—would not have happened without his guidance and mentorship.

While I appreciate everything that Smith has done for me, I continue to support students on campus who are fighting for change.

What do you want other Smithies to know about the class of 2022?
I think that we are unique because we are the only class left at Smith who had a full year of college before the pandemic started. As we graduate from Smith, I am proud of the class of 2022 for enduring the worst of the pandemic during our college years and doing everything we could to come together. We’ve built so much resilience, and I am excited to see the results of our combined perseverance in the future. And a message to the underclassmen: as seniors, we may talk all the time about how different things were before, but I want the other class years to know that the class of 2022 is so proud of you all for your strength coming to college and finding connection in these crazy times!

What do you think has been the most “Smithie” thing you’ve done in life so far?
The most “Smithie” thing I have done was moving to Montana with some fellow Albrighters in fall 2020. The college was entirely remote, but my friends and I wanted to be able to live together, so nine of us did our classes remotely from a shared house in Helena, MT. When I was a first-year and a sophomore I was definitely a bit risk-averse, but taking the big risk of moving across the country was a really big step for me and I learned so much from that experience. Since my junior year was weird because of COVID, I consider this experience to be my “study abroad,” and I am really glad that I did it. 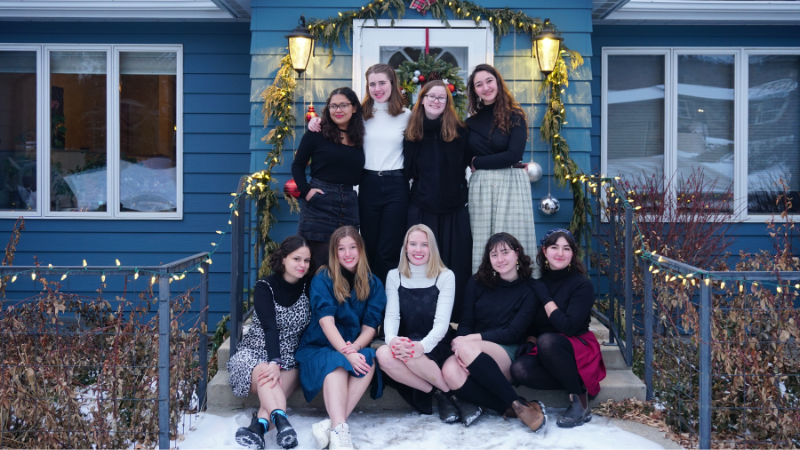