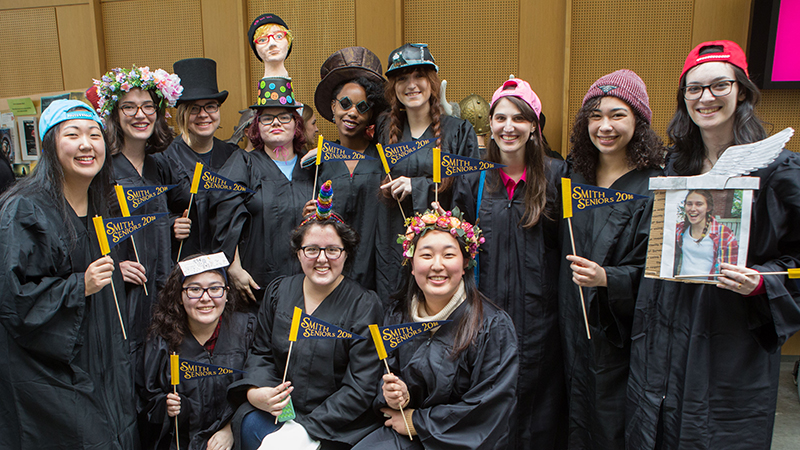 The three remarkable alumnae being honored at this year’s Rally Day celebration—advertising executive Shelly Lazarus ’68, psychologist Ann Masten ’73 and museum curator Rebecca Rabinow ’88—are quick to credit Smith for playing a key role in making them the leaders they are.

At Smith today, transformative experiences like internships, faculty-student research projects, and study away opportunities help prepare students to lead in profound and powerful ways. As we celebrate another Rally Day, when the leadership of Smith women, past and present, is on full and vivid display, please consider rallying for Smith and rallying for women’s education by donating to The Smith Fund. Your gift will make a bold statement that you want to invest in the leaders of tomorrow. 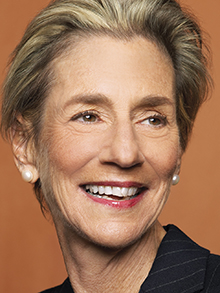 There isn’t much in the business world that Rochelle (Shelly) Braff Lazarus ’68 hasn’t conquered. Long considered the most powerful woman in advertising, Lazarus has led one of the world’s largest agencies, received many of the profession’s highest honors and broken barriers by showing—through her skills, creativity, thoughtfulness and humor—that women deserve a seat at the head of the boardroom table.

Never one to follow tradition, Lazarus took a bold step after graduating from Smith in the late 1960s, enrolling in business school at Columbia University—where she was one of four women in a class of 300. From business school, she took an assistant’s position at Clairol and quickly discovered that she enjoyed the fast pace and constant change of the advertising and marketing professions. “It’s an industry that rewards ideas,” she has said. “And I love that about it.”

The move that would change the course of her professional life took place in 1971, when she joined the New York–based marketing and advertising firm of Ogilvy & Mather. There, she quickly ascended the ranks, leading the development of award-winning advertising campaigns for some of the world’s most successful brands, including American Express, IBM and Dove. By 1996, she was the company’s worldwide CEO, and a year later she was named chairman, a post that she held until her retirement in 2012. The key to her success, she once said, was simple: “I just love what I’m doing every day, and I think that’s why I do it well.”

Known for her progressive and inclusive leadership style, Lazarus modeled a work-life balance that served as a template for other women—and all parents—climbing the corporate ladder. Throughout her career, Lazarus, the mother of three, often spoke about her family-first philosophy and the importance of supporting the needs of colleagues and employees outside the office.

Her innovative approach, vision and contributions to women’s empowerment have garnered her widespread recognition. In 1994, she was selected by Advertising Women of New York as Woman of the Year. The following year, New York Women in Communications honored her with their Matrix Award. The New York City Partnership named her Business Woman of the Year in 1996. She is the first woman to receive Columbia Business School’s Distinguished Leader in Business Award as well as the Advertising Educational Foundation’s Lifetime Achievement Award. In 2013, she was inducted into the American Advertising Federation Hall of Fame.

Lazarus is also an active member on several boards—corporate as well as philanthropic and academic—including the Blackstone Group; The Defense Business Board; General Electric; Merck & Co., Inc.; the Council on Foreign Relations; and Women’s Forum Inc. She also served for five years as chair of the Smith College Board of Trustees. 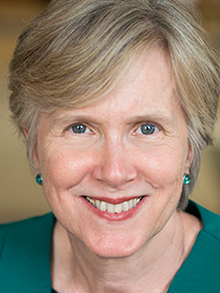 Best known for her groundbreaking research on competence, risk and resilience in human development, Masten helped launch the Project Competence Longitudinal Study in the late 1970s, which for more than two decades followed an urban group of 205 Minneapolis public school children and their families. Work on Project Competence, in tandem with her research on resilience in children, contributed to Masten’s growing reputation as an international expert on the human capacity to thrive and adapt despite life-threatening experiences. She has published widely on the topic: Her book Ordinary Magic: Resilience in Development, came out  in 2014 by Guilford Press, and she has written more than 200 articles and publications.

In recent years, Masten has turned her attention to working with public schools and homeless shelters in the Minneapolis-St. Paul area to develop and implement ways to foster resilience in children. She regularly offers an online course (MOOC) on Coursera, “Resilience in Children Exposed to Trauma, Disaster and War: Global Perspectives.” More than 25,000 participants from over 170 countries have enrolled in the three years since it was launched.

At the national and international levels, Masten collaborates with colleagues in a variety of disciplines to understand adaptation and development, especially in relation to migration, disasters and war. Throughout her career, she has accumulated a number of notable honors and awards, including the 2014 American Psychological Association’s Urie Bronfenbrenner Award for Lifetime Contributions to Developmental Psychology in the Service of Science and Society. She has served as president of the Society for Research in Child Development (2011–13), the leading international organization in developmental science, and director (chair) of the Institute of Child Development (1999–2005), a top-ranking department of developmental psychology. 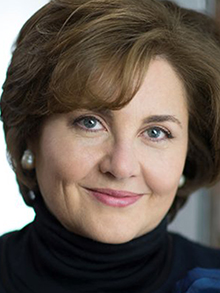 Long regarded as one of the country’s most respected art museum curators, Rebecca Rabinow ’88 has recently taken the helm of the Menil Collection in Houston, Texas—the first woman director of that prestigious institution. Her ascent is all the more impressive considering that while women have gained recognition as curators, few have gone on to become directors of major art museums.

A native of Houston, Rabinow studied art history at Smith and interned at the Menil after graduation. In a New York Times story, she says the experience “shaped my vision for what a museum could be.” She went on to study at the Sorbonne and earned a doctorate in art history from New York University’s Institute of Fine Arts. In 1990, she joined New York’s Metropolitan Museum of Art, where she became curator of modern art and curator-in-charge of the Leonard A. Lauder Research Center for Modern Art.

During her time at the Met, Rabinow organized many noteworthy exhibitions. Her most recent award-winning shows include The Steins Collect: Matisse, Picasso and the Parisian Avant-Garde (2011), which received the Dedalus Foundation’s inaugural exhibition catalogue award, and Matisse: In Search of True Painting (2012). She also took part in the 2007 renovation and reinstallation of 19th- and early 20th-century European painting and sculpture and was chair of the museum’s Forum of Curators, Conservators and Scientists.

An enthusiastic Smith alumna, Rabinow served as a member of the Smith College Museum of Art Visiting Committee (2007–12); chair of the acquisitions subcommittee; president of the class of 1988 (1988–93); and a caller for the Smith Fund phone-a-thon (1993–94). Over the years, she has also personally welcomed many Smith students and alumnae to the Met, generously giving of her time and expertise.

Kimberly Scott ’91, who was to receive a Smith Medal, is unable to attend the Rally Day ceremony.

Support the next generation of Smith medalists by making a gift to The Smith Fund today!