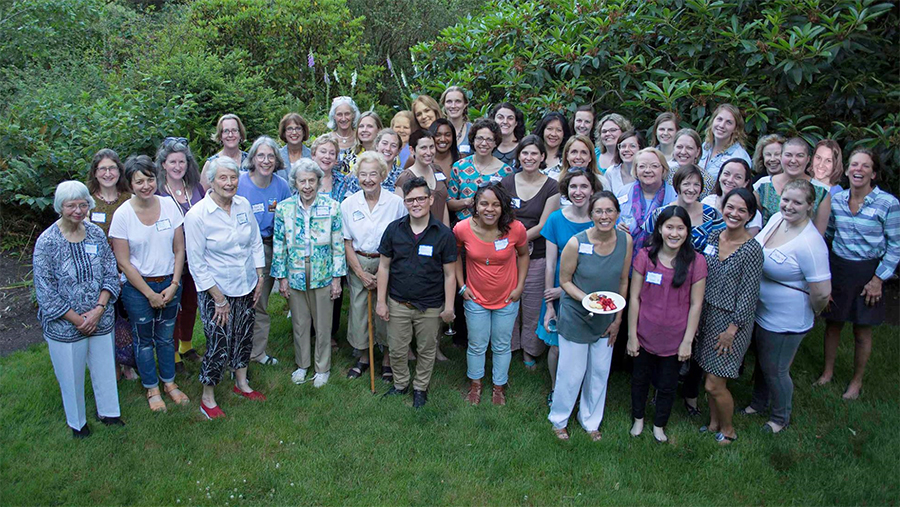 The Smith College Club of Oregon

“When Smithies come together for an important cause, their impact is tremendous,” says Kelsey Cleveland ’95, former co-president of the Smith College Club of Oregon, one of many Smith Clubs around the world that raise money to support scholarship aid. “Since our club established an endowed scholarship fund in 1951, Smithies in Oregon proudly come together to support the college and a Smith student from Oregon every year.”

The Smith Club of Oregon donates all dues that are contributed beyond their club’s operating costs—and “we keep our operating costs as low as possible to maximize our club’s annual donation,” says Kelsey—while other Smith Clubs have found ways to raise funds for students while having fun connecting across class years.

In the last 10 years alone, clubs have donated almost $1.5 million for financial aid by doing everything from selling pecans and toffee to making desk calendars and tote bags. The efforts are particularly welcome as the college launches Here for Every Voice, an initiative to raise $75 million for scholarships, providing access to a world-class education for every talented and qualified Smithie who seeks it.

Here are four clever ways Smith Clubs are helping the best and brightest students attend Smith, while maintaining a strong community outside of the Grécourt Gates. “Engagement, community and Smithies connecting. Nothing better than that!” says Vanessa Gates-Elston ’02 of the Smith College Club of New York City. 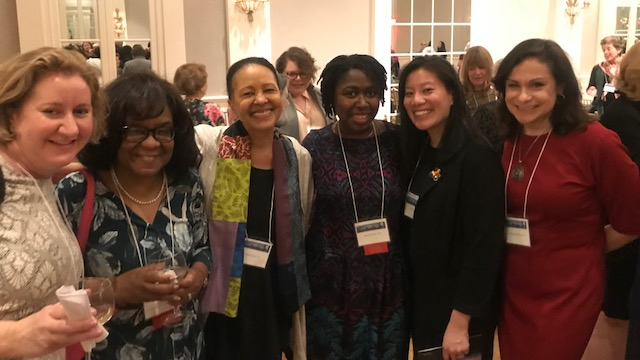 The Smith College Club of New York City at their 2019 Annual Scholar Benefit.

Who: The Smith College Club of New York City

What it is: An annual two-hour gala evening for 100 to 150 people, featuring drinks and hors d'oeuvres as well as a keynote speaker such as New York Times food and wine writer Florence Fabricant ’58. Tickets cost $200. A tiered pricing structure allows patrons to purchase tickets for alumnae and others who might not otherwise be able to attend.

“I support Smith because I want future generations to know I believe in them; I want them to thrive and be true to who they are meant to be and carry the Smith torch in the world. No Smithie is alike but we are passionate, brilliant, opinionated, brave, kind, strong and innovative,” says Vanessa Gates-Elston ’02, 2019 honorary chair of the benefit.

Vanessa’s tips for organizing a benefit:

Who: The Smith College Club of New Hampshire

What it is: The Five Colleges Book Sale was kickstarted in the spring of 1962 by alumnae from five northeastern colleges and is one of New England’s largest sales of used books. The sale raises scholarship money for students from Vermont and New Hampshire who attend Smith, Mount Holyoke, Simmons, Vassar and Wellesley. Each spring more than 300 graduates and friends of the colleges volunteer to put on the mega sale, which includes roughly 35,000 books as well as CDs, DVDs, audiobooks and memorabilia. Each year 1,500 to 3,000 people attend the event.

“Our club feels it’s important to fundraise for scholarship aid because the gift of an education is one of the greatest anyone can give,” says Cindy Kordys ’90.

Scholarship funds raised: Approximately $65,000 annually, which is split evenly among the schools 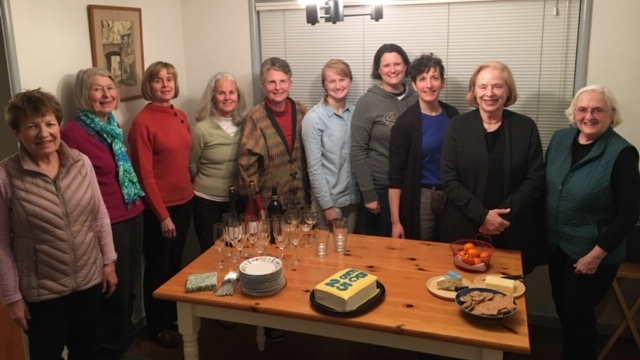 What it is: The East Bay SC Book Club, which first met in Oakland, California, in March 1994, recently celebrated its 25th anniversary. Sherrill Lavagnino ’84, membership chair, describes the club as a wonderful source of friendship and intellectual stimulation, with the added benefits of raising money for scholarship aid and keeping alumnae connected to Smith. A typical meeting draws five to 10 attendees—though roughly 50 are on the mailing list—from the class of 2017 through the 1940s. Each participant donates $5 per meeting except for the host, which club treasurer Mary Stapleton ’79 collects and directs to the Mary E. Wilson Endowed Scholarship Fund in support of a student from the East Bay. 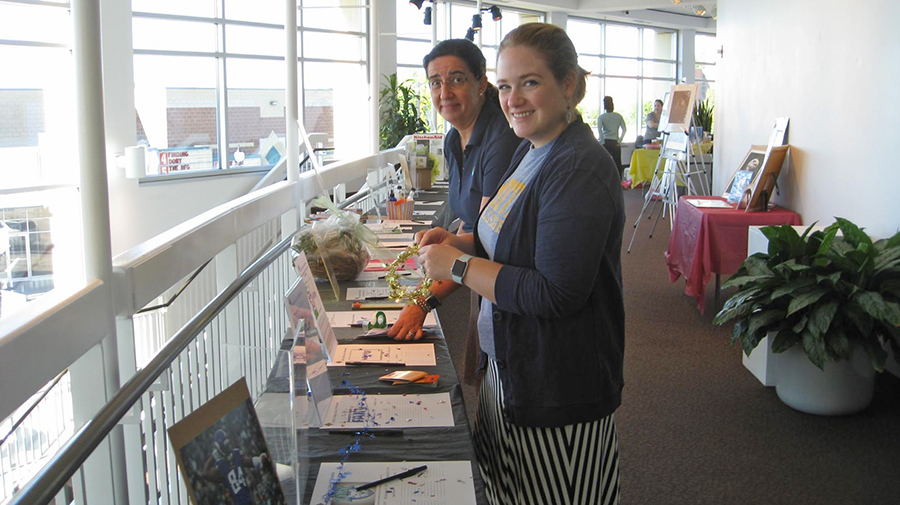 Who: The Smith College Club of Minnesota

What it is: The Smith College Club of Minnesota started “Smith Day” in 1933 as a fundraising effort held each year in the home of a local alum. The silent auction was originally one of many events featured on Smith Day, but has now become the primary attraction and is held in a large, local venue such as a museum. At the auction, items as well as experiences (think singing lessons, bread-making lessons and even ice bowling) are auctioned, and the funds raised go to support the club’s endowed scholarship fund for local Smith students as well as Smith’s summer Praxis internships. In recent years, the club solicits nominations for distinguished local alums and honors one of their own with a Minnesota Smith Medal at the event. Annually, about 100 alums and guests attend.

“We want to make sure that a Smith education is always an option no matter what somebody’s resources are. We want smart, educated women from all walks of life, and providing scholarships is the way to do it!” says Kate Lehmann ’78, the president of the club.