As much as Patsy Steffan ’60 remembers her college days with fondness, it’s her vision of the future, rather than nostalgia, that moves her to contribute to her alma mater.

By establishing the Patricia A. Steffan ’60 Endowed Scholarship Fund, Steffan has done just that, supporting Smith’s commitment to educating tomorrow’s leaders through the “Here for Every Voice” initiative, launched in May 2019, that aims to raise $75 million for scholarship aid. Thanks to the Here for Every Voice Gift Matching Program, anonymously established by a member of the class of ’72, Steffan’s gift also means that the college receives an additional $50,000 toward that goal.

“Patsy Steffan’s gift reflects her understanding that in today’s world, scholarship aid is vitally important,” says Senior Vice President for Alumnae Relations and Development Beth Raffeld. “Thanks to gifts like Patsy’s, Smith is better able to attract incredible students and make it possible for them to take advantage of the unique, enriching opportunities of a Smith liberal arts education. I am thrilled and grateful to her for stepping up.”

By helping to ensure that bright, motivated students receive the financial aid they need to attend Smith, Steffan is helping to bring about the revolution she foresees.

In talking about why she made her forward-thinking gift, Steffan, who earned her B.A. with honors in English language and literature, points to the ways in which Smith, the nature of higher education and the status of women has changed.

“The campus has changed a lot—for the better,” she says. “There’s more diversity, more emphasis on science and technology. Smith now offers many different majors, and the students work with faculty far more than they did when I was there. Students today have a much better appreciation of the country and the world they live in.” And, says Steffan, she wants to ensure that the brightest students, no matter their economic background, are able to take advantage of those opportunities.

For all that Smith was a different place when Steffan was here, it prepared her for her career—and got it off to a great start.

“My first job after graduation came through Smith. I worked at The Frick Collection in New York. Every art major I knew wanted to know how I got the position. I learned a lot about art there and a lot about the public.

In the ’70s, when her son was young, she worked from home as a researcher and writer, collaborating with subject matter experts on college textbooks, first for Harcourt, Brace, Jovanovich and later as a freelancer. Her charge was to take technical information about subjects such as sociology and psychology and render it accessible and readable to students taking introductory courses.

“I was lucky to be able to work at home, unlike many women of my age who, after they had children, had to stop working. I think we’re on the edge of another revolution, in childcare, for instance,” predicts Steffan. “Women won’t have to put up with that sort of thing anymore.”

In her “second career,” as she puts it, Steffan worked as an administrator at the all-boys school her son attended. “It was a learning experience for me,” she notes. “I watched them go from being children to young men. They had a different take on the world, and they were fun to be around. I still miss them.”

Steffan sees the widening acceptance of women in executive ranks, in business, law, and medical careers, as leaders—and as candidates for President—as signs that “women are poised to take off.”

“I missed the last women’s movement, and I don’t want to miss the next one,” she says. By helping to ensure that bright, motivated students receive the financial aid they need to attend Smith, Steffan is helping to bring about the revolution she foresees. By contributing to “Here for Every Voice,” she is empowering future Smithies to soar. 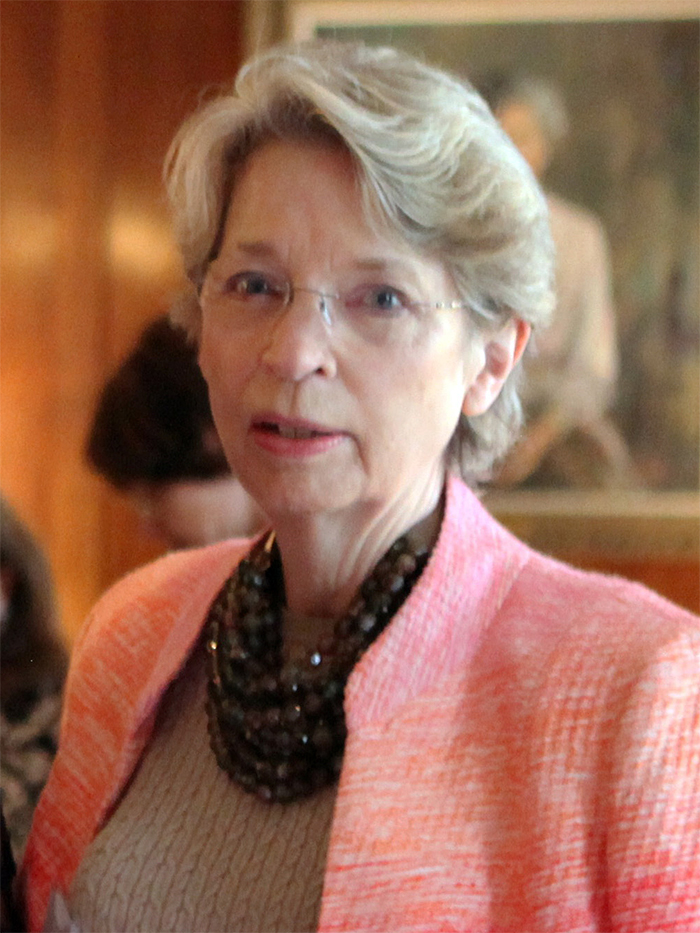