The Third Founding: The Struggle for Multiracial Democracy—and the Authoritarian Reaction Against it, by Steven Levitsky, co-author of How Democracies Die 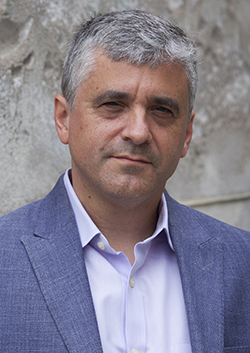 Steven Levitsky, Professor of Government, Harvard University, and co-author of the NYT bestseller How Democracies Die, will speak on "The Third Founding: The Struggle for Multiracial Democracy—and the Authoritarian Reaction Against it" in conjunction with the Kahn Institute yearlong project Coping with Democratic Precarity and the Prospects for Democratic Renewal.

This talk will argue that the United States’ transition to multiracial democracy in the late 20th and early 21st centuries radicalized the Republican Party, transforming it from a mainstream center-right party into an increasingly anti-democratic force. It will also argue that the U.S. Constitution has become part of the problem. By empowering an authoritarian partisan minority, U.S. constitutional structures are amplifying, rather than constraining, the authoritarian reaction.