The Smith College Department of Theatre presents Twilight: Los Angeles, 1992 by Anna Deavere Smith in Hallie Flanagan Studio Theatre on March 3, 4, 5 at 7:30 p.m. with a 2 p.m. matinee on March 5. Smith’s powerful solo work of verbatim theatre about the violent aftermath of the Rodney King verdict has been expanded from a one-person show. Kyle Boatwright directs an ensemble of 12 actors to bring this remarkable play about race, class, justice, and ethnic identity to the Smith community. Open to the public.

Called a “rich, panoramic canvas of a national trauma” by The New York Times, Twilight goes directly to the heart of the issues of race and class. The play probes with great precision the language and the lives of its subjects, offering stark insight into the complex and pressing social, economic, and political issues that fueled the flames in the wake of the Rodney King verdict and ignited a conversation about policing and race that continues today.

The Smith College production of Twilight: Los Angeles, 1992 features Set Design by Katie Zieminski ’22, Costumes by Aliza Horowitz ’22, Lighting by Lara Dubin, and Projection/Sound Design by Reina Makimura ’23. The show runs March 3, 4, 5 at 7:30 p.m. and March 5 at 2 p.m. in Hallie Flanagan Studio Theatre. Open to the public. Masks and Smith IDs or proof of full vaccination are required for entry. General Admission tickets are $10 for Adults, and $5 for students/65+ at https://smitharts.booktix.com. Free for Smith students by emailing boxoffice@smith.edu.

Note: This production contains footage of extreme racialized violence and instances of racialized and discriminatory language, which some may find disturbing. 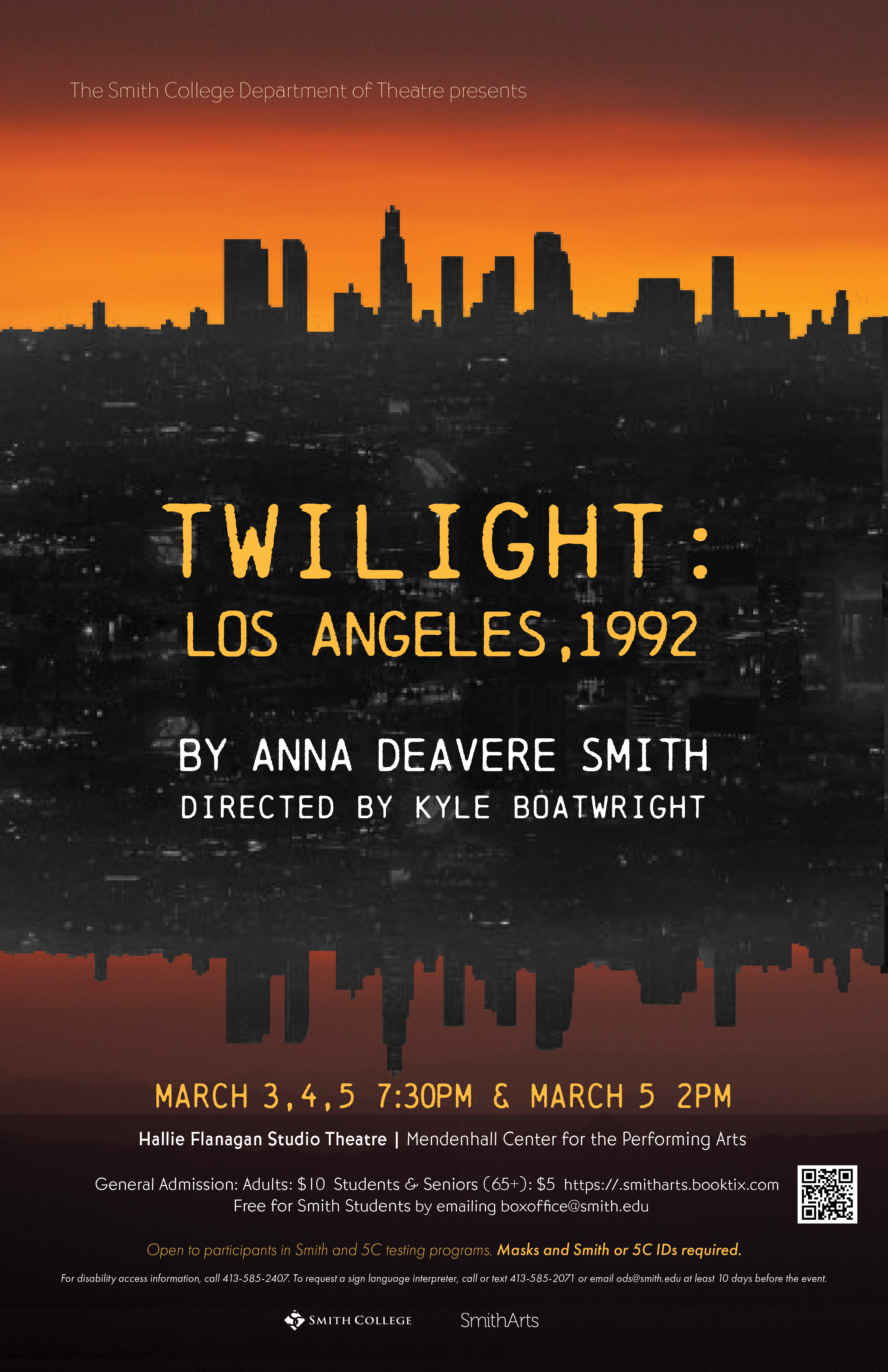