Northampton, MA— The Smith College Department of Theatre presents the five-time Tony Award-winning musical Fun Home April 20, 21, 22, 23 at 7:30 PM and April 23 at 2:00 PM in Theatre 14, directed by Fiona King ’22. The play is adapted from Alison Bechdel’s best-selling graphic novel with music by Jeanine Tesori and book and lyrics by Lisa Kron. The musical follows Bechdel at three different ages in her life, as she sets out to unravel the many mysteries of her childhood through a series of memories and conversations — from her coming out, to her moving journey of acceptance.

When her father dies unexpectedly, graphic novelist Alison dives deep into her past to tell the story of the volatile, brilliant, one-of-a-kind man whose temperament and secrets defined her family and her life. Moving between past and present, Alison relives her unique childhood, her growing understanding of her own sexuality, and the looming, unanswerable questions about her father’s hidden desires. Fun Home is a refreshingly honest, wholly original musical about seeing your parents through grown-up eyes.

Director, Fiona King was drawn to the story of a father and daughter with a shared but unspoken bond. The New York Times called the show “A beautiful heartbreaker of a musical,” and described the play’s multiple themes in its review, “Fun Home ​isn’t just a coming out story or a coming-of-age story. Its universality comes from its awareness of how we never fully know even those closest to us – and of the undercurrent of grown-up secrets, intuited by children, that exists to some degree in every family.”

It took Alison Bechdel, the author of the syndicated comic strip, Dykes to Watch Out For, seven years to write her autobiographical graphic novel Fun Home: A Family Tragicomic. She pieced together the story and visual references from journals, letters, photographs, and family ephemera. Bechdel donated the multiple drafts, sketches, printers’ proofs, and editorial correspondence for the project to the Sophia Smith Special Collection of Smith’s Archives. In a talk at Smith commemorating the 70th anniversary of the Collection in 2013, Bechdel spoke of the value for her of saving “stuff” and the importance of archives as evidence or proof that something happened. “I think I’ve always had a hard time believing that I am real, so having externally verifiable evidence of my existence has felt really important to me.” The Smith Fun Home cast and crew have used Bechdel’s papers to enrich and deepen their connection to the characters and visual style of Fun Home. 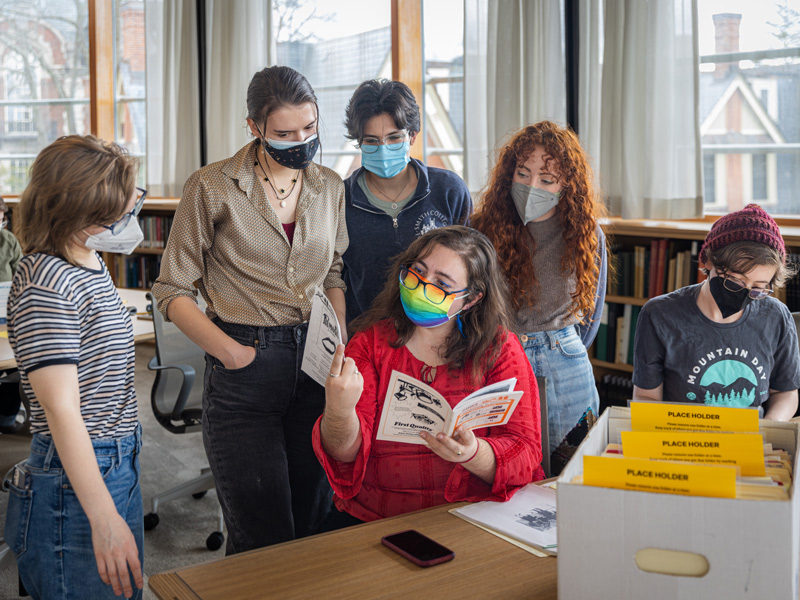 Fun Home is the first musical produced in the Theatre Department since 2018. King was determined to bring musical theatre back to the Department’s mainstage. “I wanted to pick a musical that would work well with what the department does well. Fun Home is written more like a play, it’s a show for actors with singing on the side.” She is joined by Music Director Isabel Panciera ’24J and Phoebe Uman ’22 who conducts the 6-member pit band that features 4 student musicians. The set, which recreates the funeral home that Bechdel grew up in, is designed by Maggie Landis ’24. Natalie Churchill ’22 designs the costumes that take Alison from 11 years to 43. Lara Dubin is the Lighting Designer and the Sound is designed by Reina Makimura ’23 and Madison VanDeurzen ’22.

King hopes that audiences will connect to Bechdel’s quest to untangle memory and reality in order to process complicated family history. “I think we are all dealing with a blurring of what is real after two years of a pandemic,” she says. King adds that the musical deals with some heavy themes and that there might be tears but it is ultimately a story of how deeply we can love people we may never fully understand.

Fun Home runs Wednesday April 20 through Saturday April 23 in Theatre 14 part of Smith College’s Mendenhall Center for the Performing Arts. Showtimes are 7:30 PM with a 2 PM show on Saturday the 23rd. Fun Home is open to the public. Masks and Smith IDs or proof of full vaccination is required. Reserved seat tickets are $10 for Adults, $5 for students and seniors (65+), and free for Smith students with ID. Full details and to purchase tickets at www.smitharts.booktix.com. 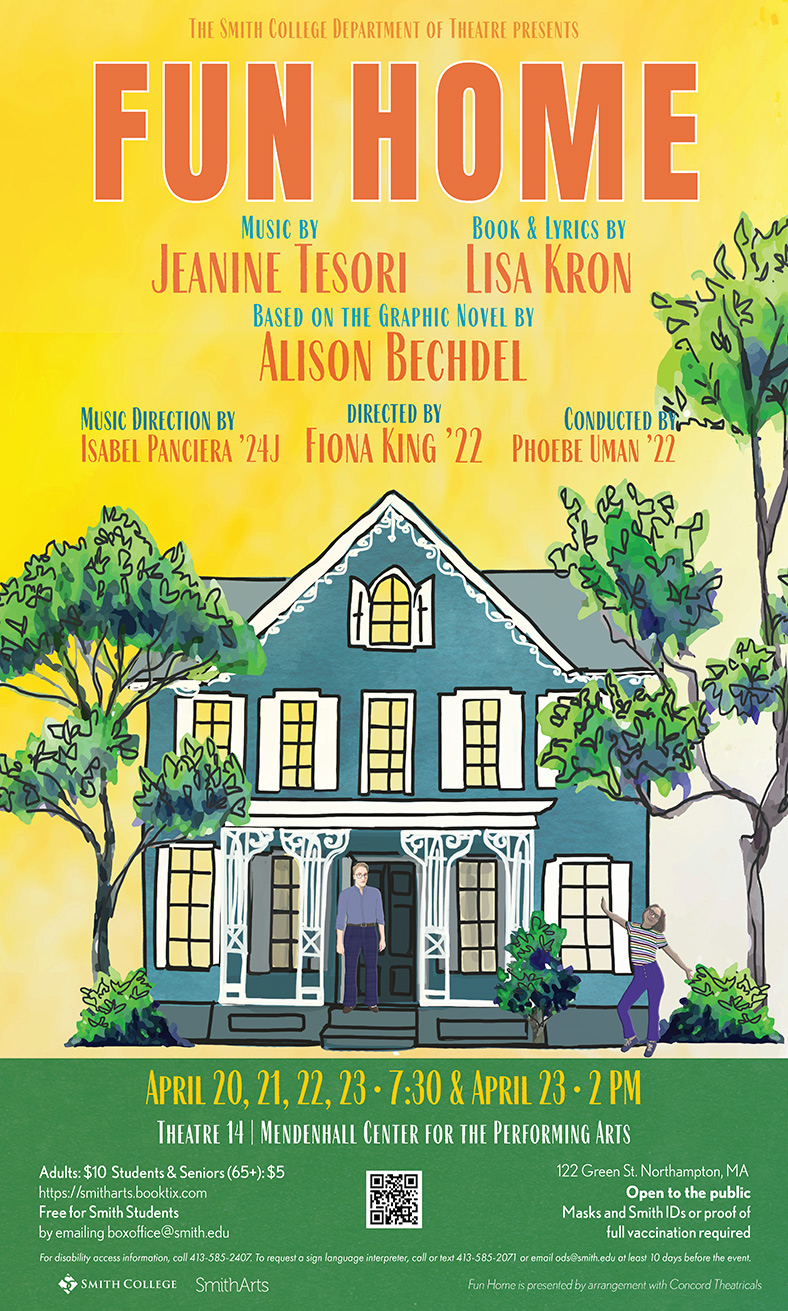