After high school, I trained briefly to become a licensed certified nursing assistant and worked at a number of nursing homes and hospitals. I liked the work because I love people. In 2014, I was a full-time student at Malcolm X College in Chicago, doing my prerequisites for the nursing program, but I got sidetracked—or as I say now, found my focus. I became very interested in politics and activism.

I planned to transfer to a four-year school, and my adviser at Malcolm X suggested I apply to Smith because of my strong GPA and my areas of interest. I had never thought about going away, and I was not about to live in a dorm room with 18-year-olds. But I filled out the application because you miss 100 percent of the shots you don’t take—know what I mean?

Soon after, I attended a Smith alumnae tea in Chicago. At first I was very uncomfortable; I didn’t even know what would happen at a tea. But as soon as I walked in, I felt welcomed. There were women of all ages and backgrounds there. I was impressed at the accomplishments of the alumnae—one had her own law firm, another worked in Congress.

“Smith is not only about the classes. It’s about the limitless resources and the connections that you’re able to make.”

When I was accepted to Smith, I still didn’t think it was an option because of finances. But when I visited the campus, I fell in love with it. And then I learned what my financial aid package was—that’s when it got real.

I live on campus in an Ada house, which is very homey, and it’s a very close-knit community. One of my biggest sources of support has been the Black Student Alliance, which assigned me a mentor, another Ada, who has been an inspiration. The Bridge Preorientation Program has been invaluable, and the Lazarus Center for Career Development is amazing. I really like the open curriculum and that Smith encourages students to take classes outside of their majors.

Smith is not only about the classes. It’s about the limitless resources and the connections that you’re able to make. The Smith alumnae network is vast and all encompassing. Smith is the place to be if you want to make a mark on the world. 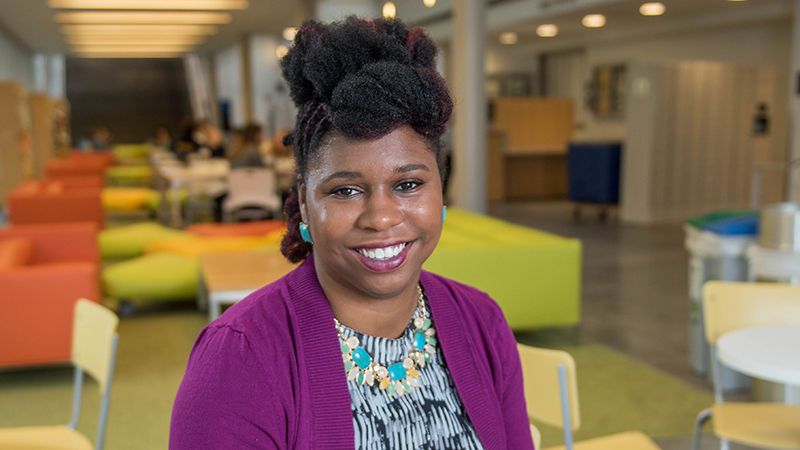 Carrie West
Bainbridge Island, Washington
“One reason I chose Smith was the academic support I knew I would receive.”

Julia Riccardi
Houston, Texas
“No matter what your background, you can find your place at Smith...There's a spot for everybody.”

Guineviere Vanhorne
Jamaica
“Smith made it affordable for me to come here by giving me a comprehensive financial aid package.”

Reason #20 You Should Visit