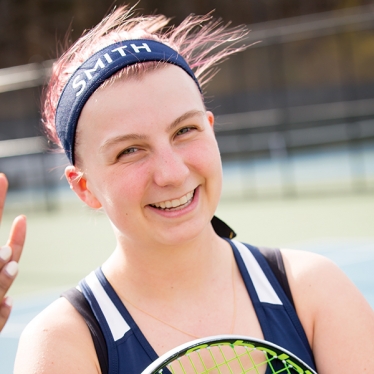 I never saw myself as a college athlete, but when I visited Smith during an Open Campus weekend for admitted students, I was wearing a t-shirt with a tennis logo. A member of the current team approached me and suggested I try out for the team. Now here I am at Smith—and playing varsity tennis. My first year I came early to campus for team practice and found that I immediately had a group of new friends and an immediate sense of belonging.

“I didn’t think I would be involved in so many things while I was at Smith, but here I am, and it’s all worth it.”

When I decided to come to Smith, I had my heart set on going to a college that valued who I was and would help me succeed at what I chose to do. Smith has been that place. I arrived with the vague notion that I would be a government major. But instead, I’m taking a lot of classes in the statistical and data sciences department. Last weekend I was part of a team that participated in the 2018 American Statistical Association Five College DataFest at the University of Massachusetts Amherst campus. Teams perform a data analysis on an assigned big data set and figure out how best to present the information. My team won an award for best presentation.

Meanwhile, in addition to my statistical and data science major, I am trying to craft a self-designed major in logic. To that end, I’m taking a class at Amherst College this semester, Introduction to Legal Theory. This summer I will be a programs and communications intern at Case Western Reserve University’s center for innovation and entrepreneurship, Sears think[box]. I didn’t think I would be involved in so many things while I was at Smith, but here I am, and it’s all worth it. 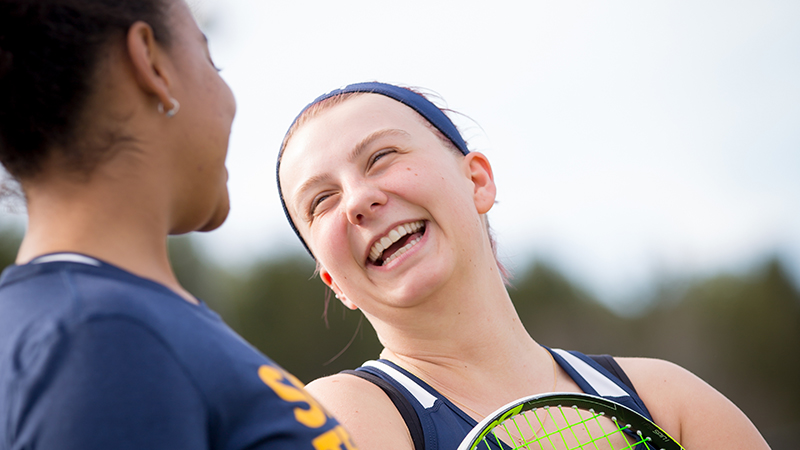 Meg Johnson
Andover, Massachusetts
“I like to tell prospies about the open curriculum, research opportunities and the house community.”

Dana Vera
Asunción, Paraguay
“Through the Community Service Office, I can put into practice everything I am learning in my classes.”