When Victoria Foster Van Voorhis ’90 and Susan Colodny ’85 set out to develop an interactive online program chronicling the history of women’s suffrage, it was their grandmothers who inspired them. “Both of our families were immigrant families, and our grandmothers were born before women had the right to vote in this country. We knew how transformative it was for them to be able to weigh in on matters that were important to them,” says Van Voorhis, founder and CEO of Second Avenue Learning, developers of educational games. “We wanted to celebrate the impact these women [suffragists] had on our lives and acknowledge the incredible work that they did.”

Van Voorhis and Colodny, creative director of Second Avenue Learning, landed a grant from the U.S. Library of Congress to develop Voices for Suffrage. The web app immerses users in the 72-year struggle for women to gain the right to vote, culminating in the ratification of the 19th Amendment in 1920. Voices for Suffrage is meant to be a history and civics education tool for grades K–12, but Van Voorhis and Colodny encourage everyone to use it.

“Women’s suffrage is a story that is often only given a couple of lines in textbooks,” Van Voorhis says. “It makes it sound like, ‘Oh, there was this convention and then—poof!—women had suffrage.’ We wanted to tell the story of how three generations of women persisted to have the right to vote and how complex a narrative it was.” 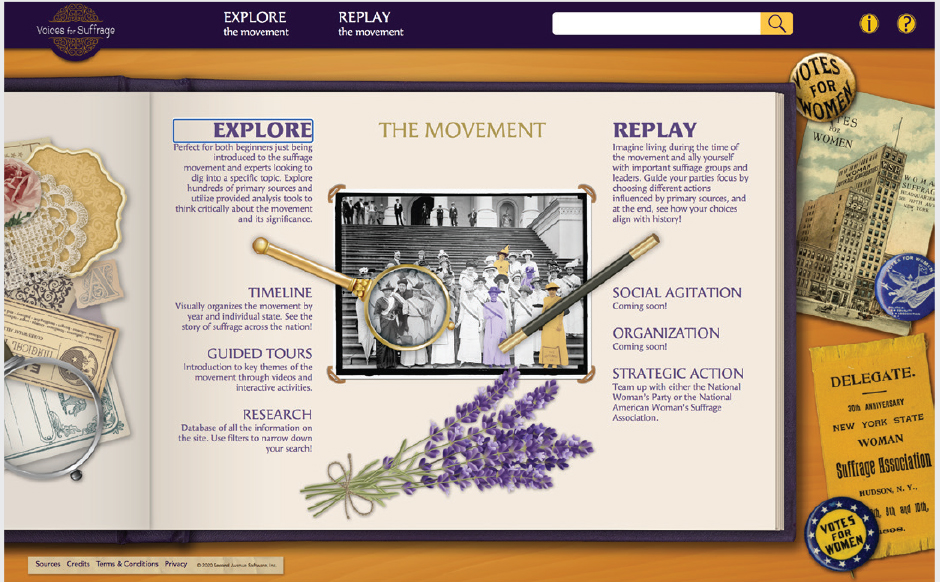 The interactive online game Voices for Suffrage encourages users to discover the strategies and roadblocks faced by three generations of women as they pursued the vote. Users can experience the suffragists’ varied tactics and their determination to outlast the opposition.

Diversity among those fighting for suffrage is one of the complexities Van Voorhis and Colodny bring to light. “The name Voices for Suffrage hints at the variety of voices that contributed to the movement in their own words,” Colodny says. The app looks at all kinds of women: educated, working, immigrant, Black, Native American. All made contributions, yet many of their stories are ignored or critiqued through a present-day lens. “We have to meet them where they were and appreciate the work that they did,” Van Voorhis says.

Voices for Suffrage uses hundreds of sources from the Library of Congress and beyond. It dives deep into the social and political context from the first women’s rights convention in Seneca Falls, New York, in 1848 to the ratification of the 19th Amendment in 1920. Through an interactive time line, users trace each state’s journey by year.

Another feature explores themes such as diversity, opposition and tactics through videos and activities. It poses questions and offers analytical tools to push users to think critically about the movement—a skill Van Voorhis particularly values. “At Smith I had phenomenal professors who taught me to be fierce in my interrogation of everything,” she says. It was also at Smith that Van Voorhis formed her entrepreneurial spirit. “I learned if you can’t find it, found it. If you wanted to do something on campus and it wasn’t there, you had the power to create it,” she says. “I’ve always lived by that.”

Ambitious users can search the database of the site’s primary sources. Older students can put themselves in the middle of a major women’s suffrage party and, using primary sources, choose actions that align with the ideals of that party.

Educational inquiry is the foundation of Second Avenue Learning, the company Van Voorhis founded in 2006 in Rochester, New York. It develops technology-based tools to engage students and improve educational outcomes. The team also designs research-based digital education games to foster learning exploration for the health care and corporate worlds. Right now it is developing simulations to improve the communication skills of caregivers who work with patients with developmental disabilities.

Colodny, who joined Second Avenue eight years ago, didn’t know Van Voorhis at Smith; they met years later at a Smith club event. The two will continue to add content to Voices for Suffrage for the foreseeable future, and they’re already discussing related projects. One will be a resource celebrating women’s achievements from 1920 to 2020. Another will look at how women can leverage their professional, social, political and economic power in the next 10 years to promote positive change. “[The centennial] is a great reminder of how much progress we’ve made,” Colodny says. “Now we’re looking forward to the progress we still need to make.” Van Voorhis adds, “We still don’t have political equality in this country, and women need to be actively engaged to fight for the country they want to see and the community they want to live in.”

Samantha Paige Rosen ’12 has written for Ms., The Washington Post and other publications. 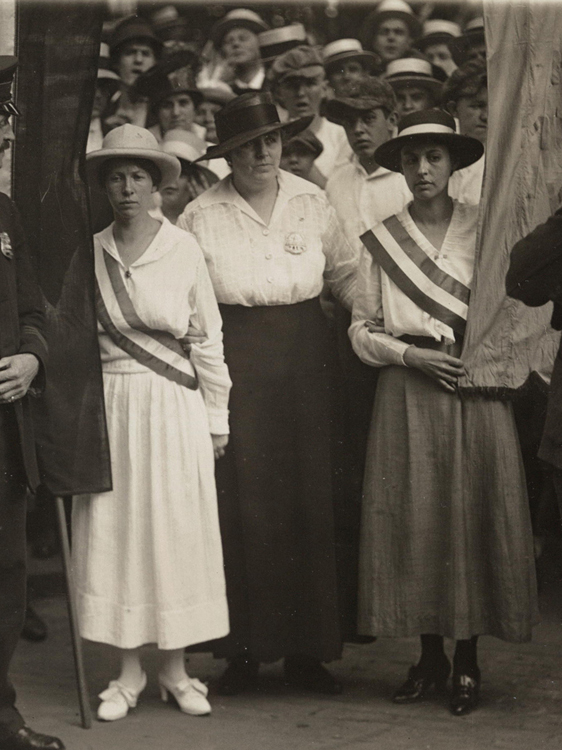 Janice Carlson Oresman ’55 describes the influence of the college’s museum on her life, and also her own strategy for visiting a new museum.