Psychiatrist Wendy Dean ’87 says the American health care system is in crisis, inflicting ‘moral injury’ on physicians and other medical professionals. Can anything be done to mend what’s broken?

In July 2018, physicians Wendy Dean ’87 and Simon Talbot published an article on the medical and life science website STAT. The title of the piece said it all: “Physicians aren’t ‘burning out.’ They’re suffering from moral injury.”

The response was explosive—and continues to reverberate to this day. Dean and Talbot suspected that many physicians and other medical professionals were afflicted with “moral injury”—a distressing set of psychological, behavioral, social, and spiritual symptoms experienced as a result of working in the American health care system—but neither of them had any idea how rampant it was. Specifically, the influence of insurance companies and the pharmaceutical industry—along with a general lack of support for frontline medical personnel, which was exacerbated by the pandemic—has often put doctors in the position of having to make health care decisions that run counter to their professional commitment to providing the best possible patient-centered care and healing. As a result, many experience extreme anxiety, depression, and suicidality. (Indeed, Dean and Talbot say, physicians lose their lives to suicide at twice the rate of active-duty military members.)

Many of the providers who responded to the piece expressed gratitude to Dean and Talbot for finally putting into words what they had long been feeling. “The most common comment we received—almost verbatim—was, ‘This is the language I’ve been looking for for decades,’” says Dean, who credits Veterans Affairs clinicians with coining the term “moral injury” to describe soldiers’ morally injurious experiences in war. “That continues to be the response. Just recently, I talked to a trauma surgeon who said, ‘It’s not about burnout. It’s the system that’s a problem.’”

To address the crisis of clinician distress and its impact on patient care, Dean and Talbot co-founded the nonprofit Moral Injury of Healthcare. Dean, a psychiatrist, is now focusing full time on the issue—speaking, consulting, and hosting a podcast series, Moral Matters. Here, she explains the concept of moral injury, why it’s different from burnout, and what can be done to alleviate it.

Define “moral injury.”
Two definitions are typically used. The first one, from [clinical psychologist] Brett Litz, defines moral injury as a transgression of deeply held moral beliefs—witnessing something, being unable to stop something, or participating in something that goes against your core values, your moral core. The other definition is by [clinical psychiatrist] Jonathan Shay, who describes it as a betrayal by a legitimate authority in a high-stakes situation. I think both of these apply in the health care context.

Explain your objection to the term “physician burnout” and how moral injury differs.
I don’t mean to imply that burnout doesn’t exist. What I say repeatedly is that it is not all about burnout. Sometimes, if you don’t have the resources to manage the stressors that you’re under, you might take a “shortcut” straight to burnout. But what we have seen is that the most common way to get to burnout is through moral injury, where smaller insults amass over time. What I object to most about the concept of burnout is that it implies personal frailty, when we know physicians are a highly resilient group. Moral injury more appropriately locates the distress in system dysfunction—the system is broken, not the individual. 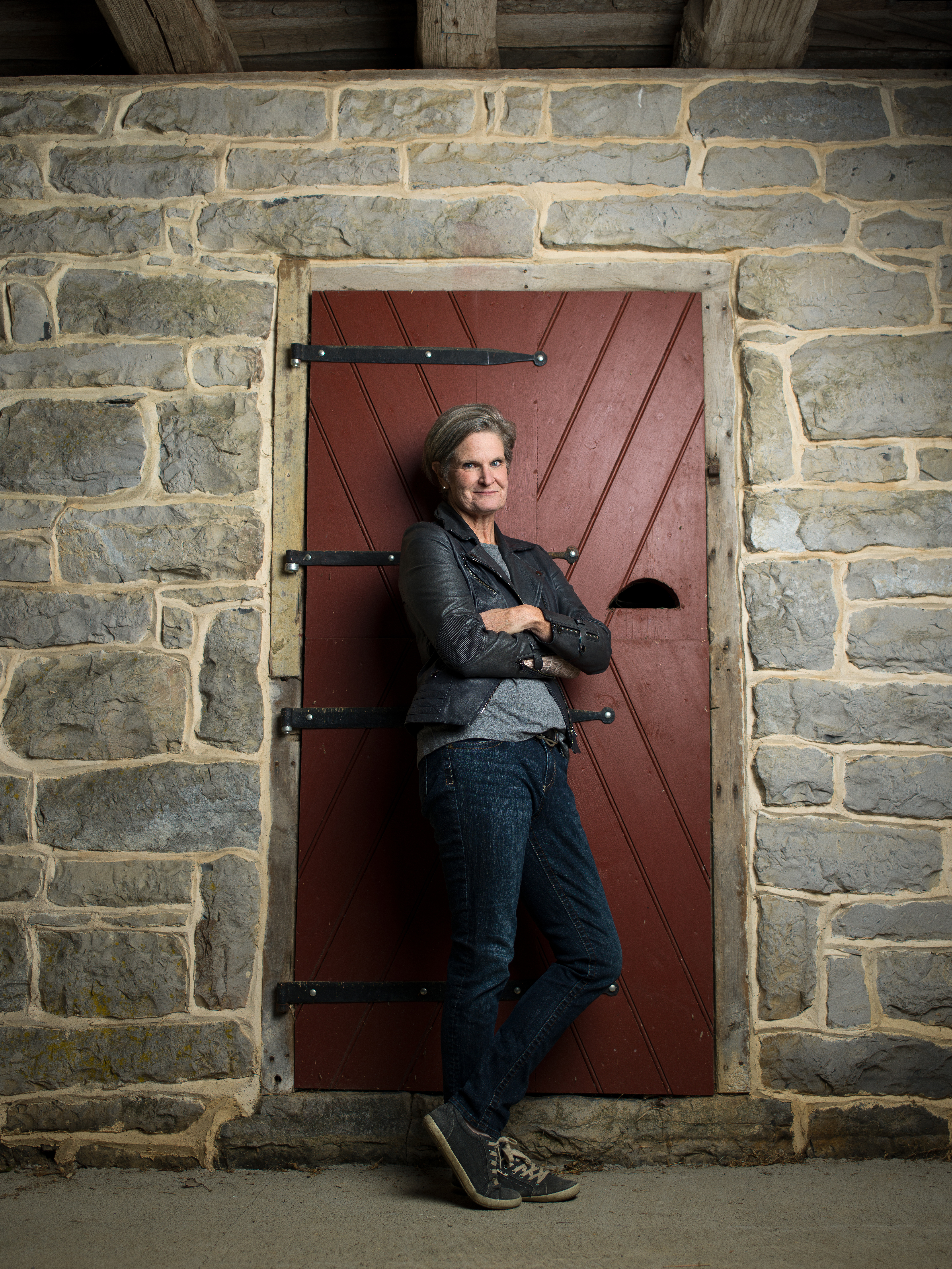 How did you personally experience moral injury?
I started out training in surgery and realized three years in that I wasn’t going to be able to have enough autonomy and agency in my own practice to be able to take care of patients consistently the way I wanted to. I changed to psychiatry, and then I went through different iterations of that practice. I worked in a psychiatric emergency room; I worked as an independent practitioner. But it became harder and harder to make a living as a psychiatrist if I didn’t want to be a medication mill, where patients would come in and see me every 10 or 15 minutes and I would give them their medications. I didn’t think that was a meaningful way to take care of patients. But it’s what insurance allows.

How did you deal with it?
I ended up transitioning out of clinical practice, and I went to work as a civilian for the U.S. Army. [Dean eventually served as senior vice president of operations and senior medical officer at the Henry M. Jackson Foundation for the Advancement of Military Medicine.] I started to hear from friends working in hospitals across the country that they felt distressed, but it wasn’t burnout. They didn’t have a name for it. Since I was working for the Army, I was hearing a lot about military experiences, which involve many cases of PTSD [post-traumatic stress disorder]. I ran across the term “moral injury” in relation to PTSD, and I thought, “This is it.” I started working with my co-author, Simon Talbot, and we came up with the framework that we published in 2018.

What are some aspects of the American health care system that result in physicians and other medical professionals experiencing moral injury?
There are a number of factors, but the bottom line is that our health care system runs on being maximally efficient and maximally revenue-generating. The decision that gets made in the exam room isn’t just between what the physician thinks is right and what the patient will accept; there are a lot more stakeholders in the room who think they have a say in that decision. And it’s not just physicians who are suffering; it’s insurance company staff, hospital administrators, nurses—anyone who works in health care.

How does this need for maximum efficiency play out when seeing patients?
We sometimes lose sight of what our purpose is, which is to take care of exquisitely vulnerable individuals on their worst days. In order to keep up with documentation requirements, a physician may have to stare at a screen during an appointment rather than being able to make eye contact with the patient. There are productivity requirements, where you have to see X number of patients a day to generate X number of relative value units. But in order to do that, you have to truncate your appointment times. So, you have a choice: “Do I meet my productivity requirements, or do I take care of my patients?” Prior authorization is another one where physicians’ hands are tied.

What are the symptoms of moral injury?
What I see is a sense of utter frustration. Medical providers know what their patients need, but they often can’t get it for them because of constraints outside of their control. And there is some sense of shame and guilt about it because, when you’re training to be a physician, you’re taught the gold standard of care. It’s also ingrained that it’s a personal failing on your part if you provide any less. Then you leave training and go into practice and immediately have to start compromising the care that you provide because of regulations, legislation, and policies.

What is the solution?
The best solution to moral injury is enabling physicians to make decisions in close collaboration with their patients without other stakeholders involved. It can happen in the United States in small private practices where physicians still control how care is delivered. It happens sometimes in places like New Zealand, where everybody is clear that health care services are constrained, so trade-offs are necessary.

How did COVID bring a greater focus to moral injury?
Moral injury was rampant before COVID. But with the pandemic, we couldn’t look away from it anymore. We came face to face with it, right? The best example I can think of is keeping elective surgeries running using personal protective equipment that clinicians knew they were going to need in weeks or months—knowing that the supply chain was not reliable. They probably should have shut down elective surgeries. But administrators look at elective surgery as their lifeblood. They were worried about their organizations’ survival if elective surgeries were shut down. It was apparent that money drives a lot of these decisions.

Does moral injury transcend professions?
Since the very early days when our article was published, we have heard from so many people in other professions who experience moral injury—educators, veterinarians, public defenders. Again, it’s this sense of, “When I did my education and my training, I learned that these are the ideal ways to take care of the people that I serve. But there is something about how this system works, or is structured, that keeps me from being able to deliver that level of expertise or service to my students or clients.”

Cheryl Dellecese is a senior editor in Smith’s Office of College Relations.

This story appears in the Winter 2022 issue of the Smith Alumnae Quarterly.

A Facebook group of cat-loving Smithies went to great lengths to save a fellow alum’s feline family.