When You Plant a Facebook Seed, What Blooms is a House

In April, Lizzy Zacharias Owens ’01 put out a call on an informal, and widely popular, Facebook group for Smith College alums.

“Any artists out there?” she wrote. “I would LOVE an art print of my house (Capen) or one of the academic buildings I spent so much time in, but I've never been able to find any.”

For Owens, the lack of available art centered on Smith’s beloved houses was a missed opportunity. After all, she said, one of the first questions Smithies ask each other is, “What house are you in?” When the pandemic started, she saw a moment to combine the enduring love she has for her Smith house with a chance to connect with Smith artists who might be struggling.

Her post garnered over 60 responses, many from alums chiming in with ideas about the kind of art they’d like to see. Some offered suggestions for where to find old images, and a group of Smith artists provided links to their work in ink, thread, cloth and paint. Among the latter were two, Rose Metting ’12 and Claire Ma ’13, who took Owens’ request as a challenge to test their own creativity. 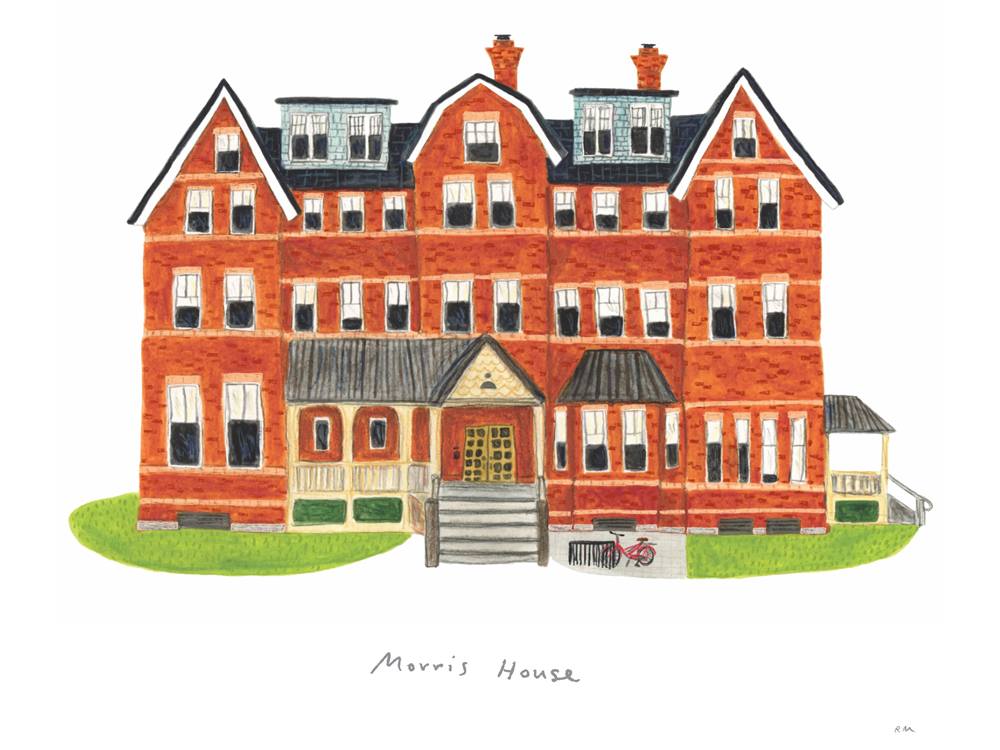 Metting, a watercolor/mixed media artist based in Olympia, Washington, said the Facebook thread “planted a seed.”

“I love to paint detailed scenes in watercolor and gouache, but had never attempted architecture,” she said. “Part of me thought I wouldn't be able to do it, that it would be too technical and measured. But I was also attracted to the challenge.”

As a test case, Metting decided to try painting Morris House, one of her campus homes. She said she was pleasantly surprised that the process captured what she called the “charming essence of the building” —despite it having 47 tricky front-facing windows—and also brought back a wave of nostalgia for western Massachusetts. The success of that first painting inspired her to gradually tackle all of the houses on campus. 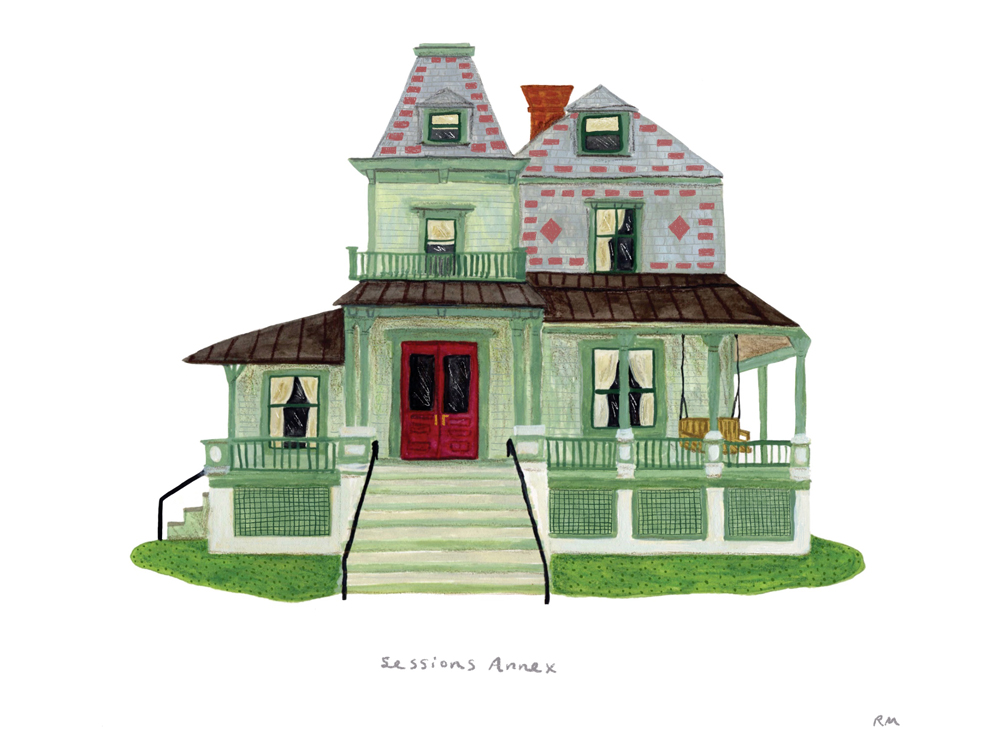 “Even though the windows are tricky, I like to think of the rooms behind them and the students making a home there, with their own personal touches—and also chugging coffee at 10 p.m. to finish papers,” she said. “I had a huge window in Washburn House that I loved, and which my bed was right under so I could see the huge trees surrounding Neilson Library, and it was nice to remember that as I was painting.”

Metting said she begins each work with paint and colored pencil before digitally scanning the art and adding a few window details, trims and roof touches in post-production. Each house, which she selects at random, usually takes her a few days to paint. She then posts photos to her Instagram and Etsy accounts. 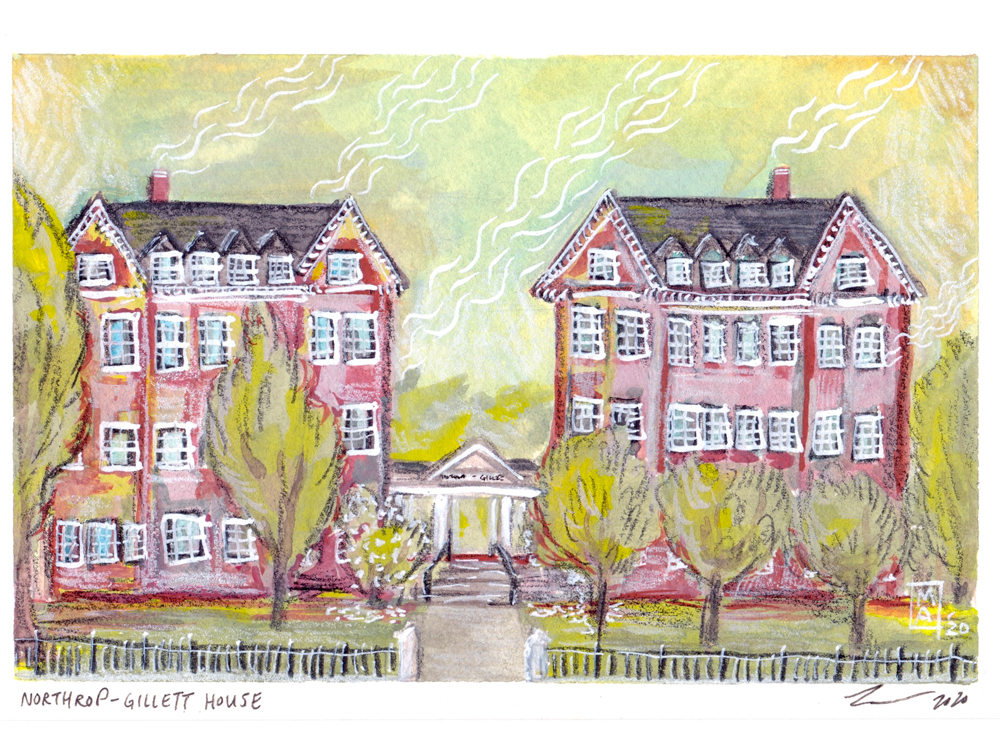 Fellow artist Ma said she, too, was surprised by the lack of available Smith house art—especially work done by Smithies. A full-time Ph.D. candidate in political science at the University of Pennsylvania, Ma paints on commission in her free time. Since the original Facebook post, she says she’s been taking on a handful of requests and turning them into cards—in gouache, acrylic ink and colored pencils—for her Etsy shop and Instagram account.

“It was surprisingly easy to capture the houses and the atmosphere of Smith, which I wanted to be dream-like and nostalgic but also accurate enough that the scenes would be instantly recognizable,” she said. “It's fun for me to see how much these homes still mean to Smithies, even if it has been many, many years since they lived on campus.”

Each of Ma’s paintings takes between two and three hours. Like Metting, Ma said she finds herself spending a lot of time on the windows (such as of her former residence Northrop). To vary each painting, Ma adds tiny visual jokes—a little silhouette or reflection in the glass, for instance.

“Painting the houses definitely makes me miss campus,” she said, “but it's been a really great experience connecting online with alums over the artwork of Smith houses.” 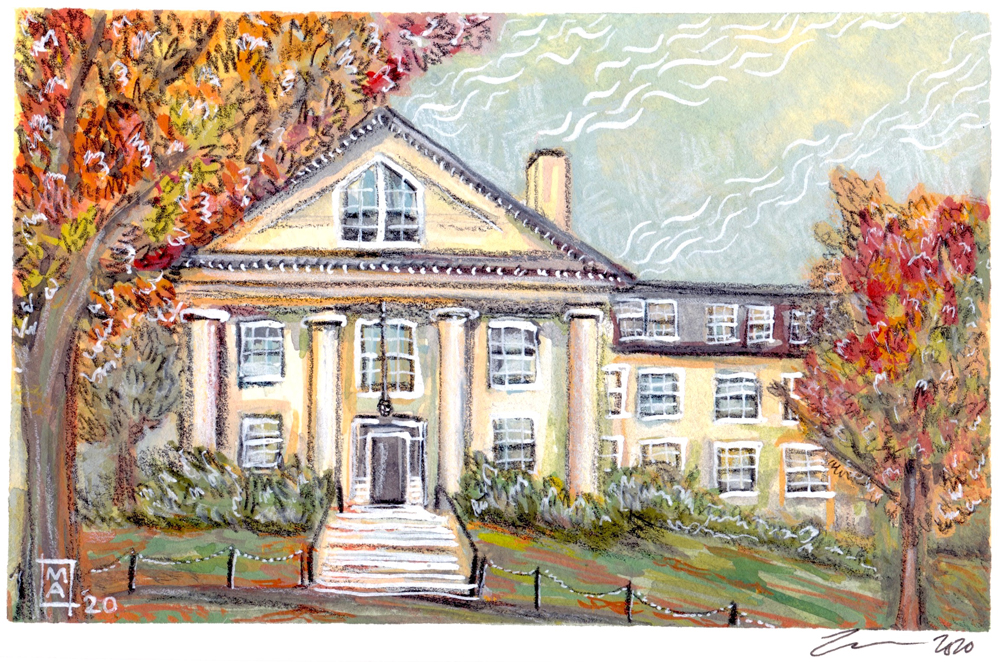 As for Owens, she said she was amazed by the variety of artists who ended up responding to her Facebook call. After considering a number of options, Owens ended up commissioning Ma to do a portrait of Capen House.

“I love it, and it sits on my console table in the entry of my home,” she wrote in an email about the artwork. “Funny—the predictive text suggests that I should finish that last sentence with ‘in my heart’ which is true, too.”

Congratulations to Professor Susan B. Levin, author of "Posthuman Bliss? The Failed Promise of Transhumanism." https://t.co/hZ5YRRTmED

How do you take your class on a field trip when your students are all over the world? Prof. @marney_pratt figured it out. https://t.co/eLWMPMol85