‘The Power to Change the Canon’

The “Acknowledgments” section of my debut novel, Imperfect Alchemist (Allison & Busby, 2020), opens with these words:

With my students at Smith College, who have journeyed alongside me in exploring the works produced by Shakespeare’s Sisters—the early modern women authors whose voices were first heard by Shakespeare and his contemporaries—I share the ongoing joy of discovery.

That journey of discovery was undertaken in a course I developed for the Smith College Department of English Language and Literature and first taught in 2015—Shakespeare’s Sisters: Representing Women in the Renaissance (ENG 287). The syllabus explained that the course would explore the cultural and literary achievements of representative women of the period through the primary lens of a striking range of works by women authors. Having written books or articles about almost all of the women writers on the syllabus, from Mary Sidney Herbert and Lady Mary Wroth to Aemilia Lanyer and Elizabeth Cary, I was excited to draw on what I’ve learned over the past three decades as a scholar of early modern women’s studies. 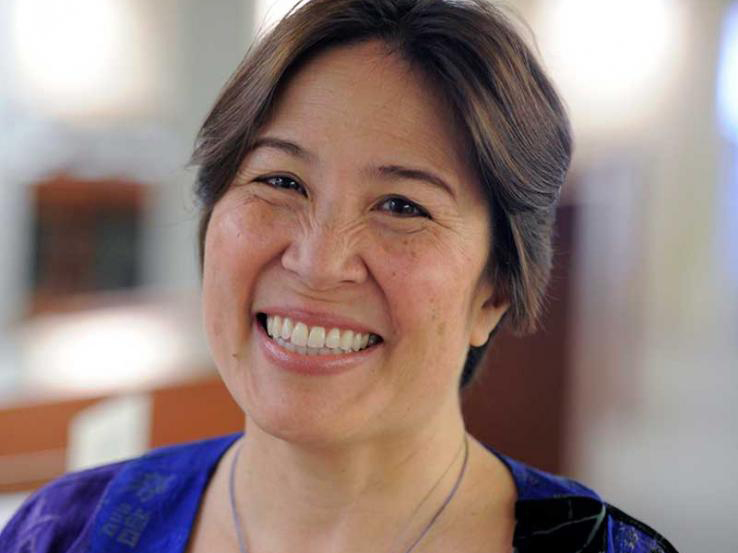 Naomi Miller credits her students with inspiring her first work of fiction.

In my class that first semester was Mary Ruth Robinson ’17, who went on to write an award-winning honors thesis on Mary Sidney Herbert, one of the writers we studied in the course. When Mary Ruth was invited to speak at the ceremony for the Sherrerd Teaching Prize, which I was awarded in the fall of 2016, she recalled the Shakespeare’s Sisters course:

One day, my classmates and I voiced our frustrations: Why did we have to take a class exclusively about women in order to read works by women? Even at Smith! It felt unfair, even overwhelming. And then Professor Miller stepped in. She said: “We have the power to change the canon.”

Easy, right? She said it so casually! Changing the canon is what she does. But the word that struck me was “we.” With that one word, she gave us that power too. We believed her, because she said it like she believed in us.

Mary Ruth’s words resonate with me because it was the joy of teaching that Smith class, and of serving as a reader for her thesis, that supplied the imaginative underpinnings of my own venture into fiction, a novel about Mary Sidney Herbert. Friend of Queen Elizabeth, patron of Shakespeare, visionary scientist and advocate for women writers, the Countess of Pembroke—as Herbert was known—was one of the earliest women authors in Renaissance England to publish under her own name, successfully forging a place for herself in a man’s world. 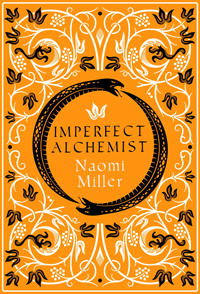 Many of the scholarly studies we read in class, as well as many popular novels, portray Renaissance women as being interesting primarily for their connections to powerful men rather than for their own contributions—a phenomenon that I have named “the Noah’s Ark approach,” pairing each female figure with a male, as in the multiple novels about wives of Henry VIII. My class strove to correct that approach by viewing women authors in relation to the works of other women as well as men, and inspired me to conceive a series of historical novels—likewise titled Shakespeare’s Sisters—of which Imperfect Alchemist is the first.

These six interrelated novels imagine the stories of early modern women authors, from commoners to queens, told from their own perspectives. Having explored these women alongside my Smith College students for five years, I now hope that my series awakens the interest of a general audience, and inspires readers beyond Smith to claim their own power to change the canon.

Naomi Miller is a professor of English language and literature, and of the study of women and gender. She joined the Smith faculty in 2004, when she commenced a five-year term as director of institutional diversity. She has published award-winning books on Renaissance women and gender, and teaches courses on Shakespeare and his female contemporaries, as well as on modern women’s adaptations and reinventions of his work. Imperfect Alchemist is her first novel.

This story appears in the Spring 2021 issue of the Smith Alumnae Quarterly.

Exploring the Wonders of the Night Sky

Smith College astronomer Meg Thacher wants to introduce you—and your children—to the wonders of the night sky. And now is a great time to go outside and look up!