For centuries, scholars and creators, artists and mathematicians have been intrigued by the art of paper folding, which renders sheets of paper into a visual feast of three-dimensional movable parts and pop-ups. Over time, these unique compositions of colors, planes, and shapes have emerged in a range of new forms, from greeting cards to sculptures. While there are many books about creating pop-ups, there is possibly only one—Pop-Up Geometry, The Mathematics Behind Pop-Up Cards—about the intricate mathematical dynamics of how pop-ups work. Its author, Joseph O’Rourke, Olin Professor of Computer Science and professor of mathematics and statistics, has spent much of his career studying folding and unfolding and using it to teach students from grade school to grad school. Pop-Up Geometry is his seventh book, and it reflects his own decades-long personal and scholarly fascination with paper-folding problems. For O’Rourke, the geometry of pop-up design is an art form that continues to cast a spell. Here, he discusses the appealing aspects of his work with pop-ups.

You have been exploring with your research the connections between mathematics theorems and folding paper. Is 3D pop-up geometry (and pop-up cards) a natural evolution of that research? 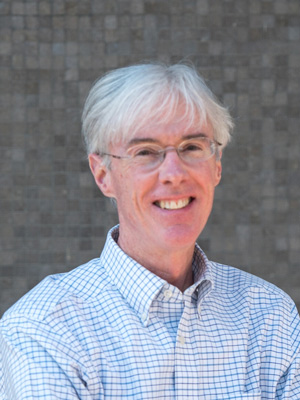 Yes. I got hooked on folding and unfolding 35 years ago, when colleagues working with the abstract artist Frank Stella asked me if his 3D aluminum structures could be flattened planar without self-overlap, so they could cut out the precise shape and bend it to the final 3D shape. A variant of this has become known as Dürer’s unfolding problem, because the German renaissance printmaker Albrecht Dürer (1471–1528) drew simple unfoldings of polyhedra that always avoided self-overlap, so they could be cut out and folded to 3D. Yet the core problem remains unsolved today. In the past five centuries no one has yet discovered a convex polyhedron that does not admit at least one non-overlapping unfolding. This work led me to protein folding, locked polygonal chains, the mathematics of origami, and finally to the geometry behind pop-up cards.

What intrigues you the most about three-dimensional pop-up cards? 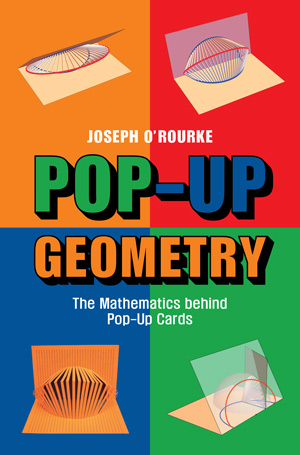 The transformation of one motion into another. Twenty years ago, I had a pop-up card that converted the card opening motion, which rotates about an axis along the “gutter” or “spine” of the card—the crease between the front and the back—to a leaping goat rotating about an axis perpendicular to the card back, an axis orthogonal to the opening axis. How the conversion of one motion to drive an orthogonal motion is accomplished is not obvious. I worked with a special studies student, Rachel Darling ’12, to figure out the mathematical mechanism behind the conversion. This is now Chapter 2 of the book. Rachel is one of 19 students who worked with me on various aspects of pop-up cards.

How much math is required to understand the techniques of pop-ups?

Surprisingly little—no calculus, just a smattering of trigonometry, lots of algebra. All high school math. However, few if any high school math curricula emphasize the 3D geometry I employ.

To achieve elaborate, multifaceted motions, it is necessary for the designs to become complicated. From a computer-science perspective, whether a complex design will “work”—in the sense that it will permit the card to freely open and close, instead of binding it tightly shut—is technically intractable: No one knows an algorithm that will answer that question. This was proved by two researchers from Japan. On the other hand, the intractability is indeed technical, and with pop-up designs of practical complexity it is feasible that computer-science algorithms could help with design issues. So far this has only been achieved for the simplest designs—for example, pop-up letters. This is an active area of research. Meanwhile, pop-up design remains an art form.

Do you have a favorite pop-up template?

Yes, the pop-up spinner. It is my favorite for two reasons. First, its dynamic behavior is just spectacular, spinning nested diamonds, even though it is constructed out of a single piece of card stock. Second, how it works—how the card-opening motion drives the spinning diamonds—is by no means evident. But I realized that a theorem in Nadia Benbernou ’06’s honors thesis on protein folding was the key to understanding the spinner mechanism. This is now Chapter 4 of the book. Nadia went on to earn a Ph.D. in the geometry of protein folding.