Several years ago, when Jillian Flexner ’11 realized that there were very few production companies willing to stage the contemporary opera she was composing, she did what any enterprising Smithie would do—she started her own opera company.

Flexner, with friend and vocalist Maggie Rascoe ’10, founded Fresh Squeezed Opera Company, based in New York, to produce genre-bending contemporary opera and other new music composed by women and people of color.

Fresh Squeezed Opera’s first production was Flexner’s La Zombiata (yes, it is an opera about zombies), and the company flourished from there. As well as pushing the musical boundaries of opera, Fresh Squeezed Opera’s productions include modern story lines, such as the upcoming production of Bound, by Huang Ruo and Bao-Long Chu, based on the true story of Diane Tran, a Texas honor student jailed for missing too much school because she was her family’s sole breadwinner. 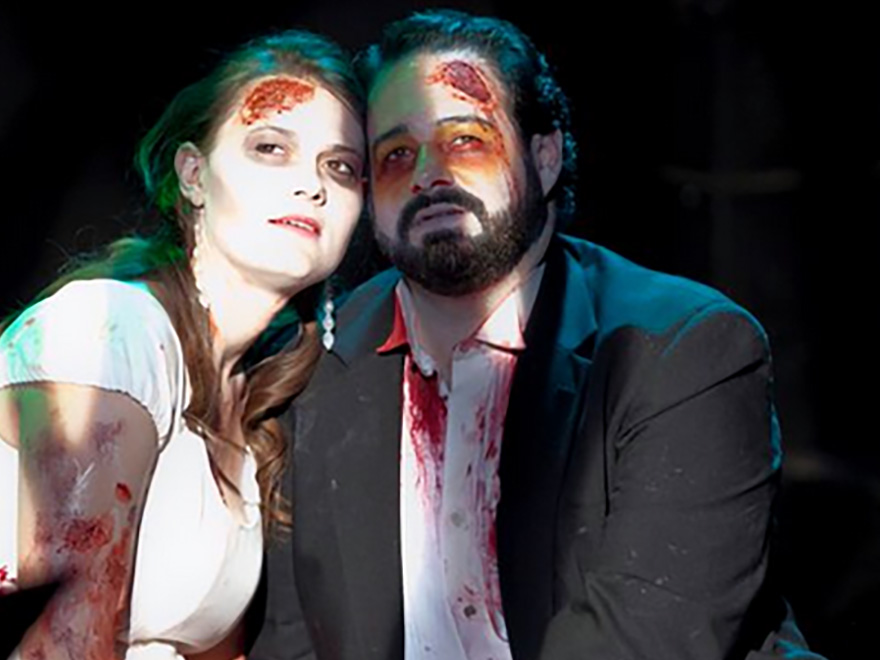 Since its inception in 2013, Fresh Squeezed Opera has presented the works of more than 25 composers in musical performances and fully staged operas to consistently sold-out houses. Among Fresh Squeezed's most notable productions is the critically acclaimed Here Be Sirens, written by Kate Soper, Smith associate professor of music and Iva Dee Hiatt Professor.

“Here Be Sirens is such a perfectly Smith opera,” says Flexner. “It investigates what femininity is, and at the same time it’s about three women just chilling and talking. The vibe is very much the same as when I would hang out with my housemates at Smith.”

Flexner believes this is a promising time for contemporary opera, with more venues willing to take a chance on new works. “Opera is just another form of storytelling,” she says, “but it’s a form of storytelling that incorporates almost every single aspect of the performing arts. That makes it extremely special.”

Fresh Squeezed Opera Company will present two performances of Here Be Sirens on campus during its Smith residency March 22 and 23, 8 p.m., at the Hallie Flanagan Studio Theatre.

‘We Must Approach Preparedness Collaboratively’

The best way to be ready for the next pandemic—and there will be another one—is to work together as a global community.

Prof. @LorettaJRoss joins other experts @CBS in considering the work of artists, viewed within the context of their real-life controversies. https://t.co/L4pMbcxU28 https://t.co/Mji8j5Evqn