Thursday we celebrated Jill Ker Conway’s 80th birthday. Conway began her tenure as Smith’s first woman president in 1975, at a time when women’s rights and ascension into the professions were reshaping society.

A longtime supporter of the liberal arts and, especially, women’s education, she built her presidency around, as she noted in her inaugural address, fostering “research and the creation of new knowledge around matters of central importance in women’s lives.”

To that end, she supported the development of a number of groundbreaking programs, including a management program for executive women and the Project on Women and Social Change. Recognizing the changing needs and lives of women, she also launched the Ada Comstock Scholars program. In the first year of her presidency, Time magazine named her a “woman of the year.” Following her retirement from Smith in 1985, she authored three best-selling memoirs, including The Road From Coorain and A Woman’s Education.

Conway was an early and outspoken advocate for keeping college affordable, and recently the college raised nearly $3 million in student scholarships through the Jill Ker Conway Challenge. A true pioneer and leader in higher education, she continues to be a great friend to Smith and fierce promoter of, as she once said, women’s “intellectual bravado.” 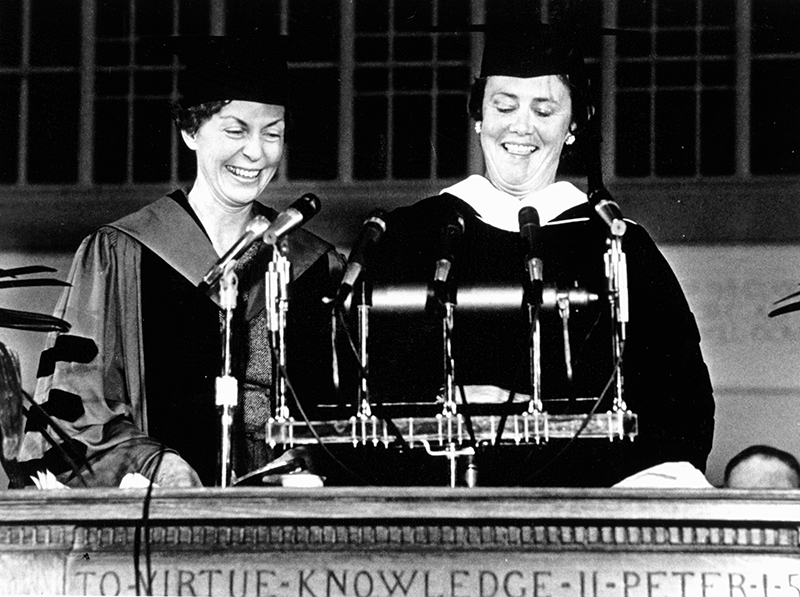 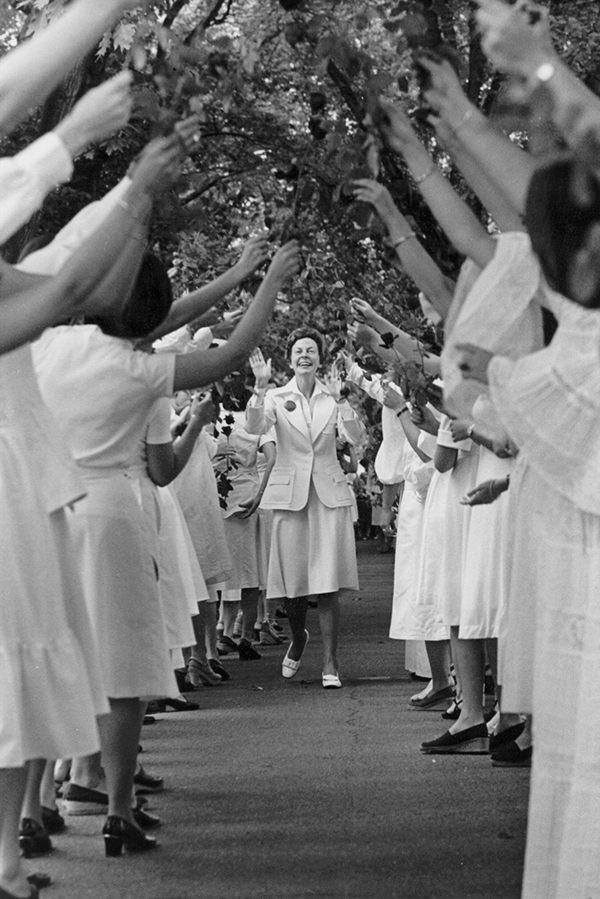 Flanked by seniors, President Conway walks under a rose archway created by students during Ivy Day in 1976. Smith College Archives. 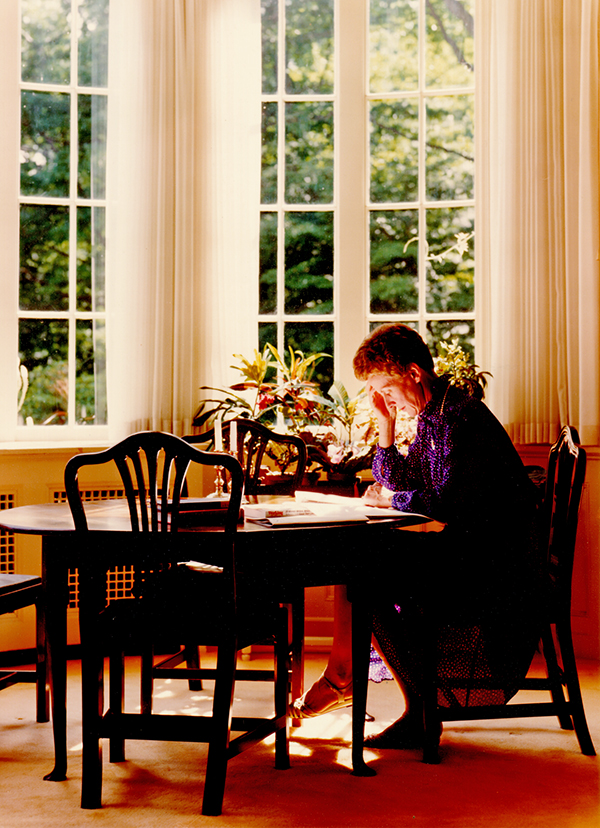 During her tenure at Smith, Conway championed  the creation of many groundbreaking projects, programs and academic departments, including the Smith Management Program; the Ada Comstock Scholars Program; the Project on Women and Social Change; and programs in women’s studies, comparative literature and engineering. Smith College Archives. 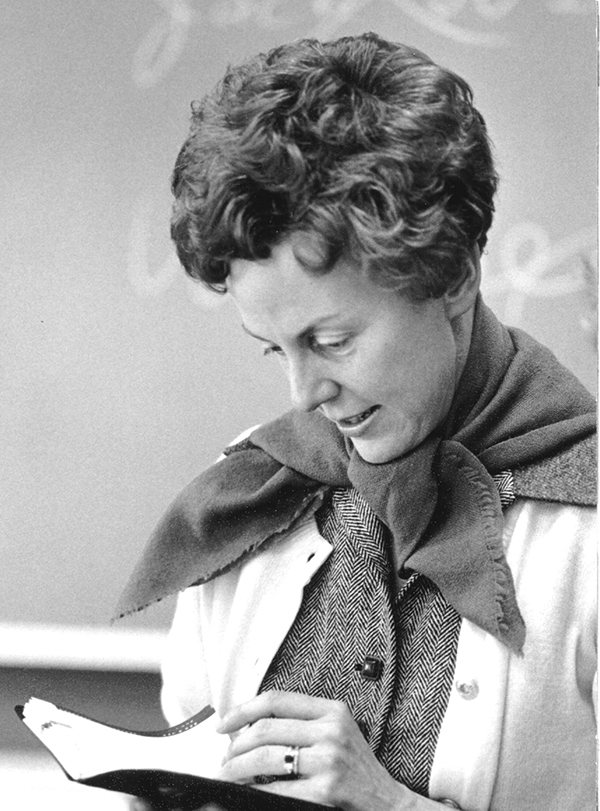 Many believe Conway’s greatest legacy may be her autobiography, told in three volumes, The Road From Coorain, True North and A Woman’s Education. She said she was drawn to the genre because of her studies of American women reformers of the 19th and 20th centuries. Smith College Archives. 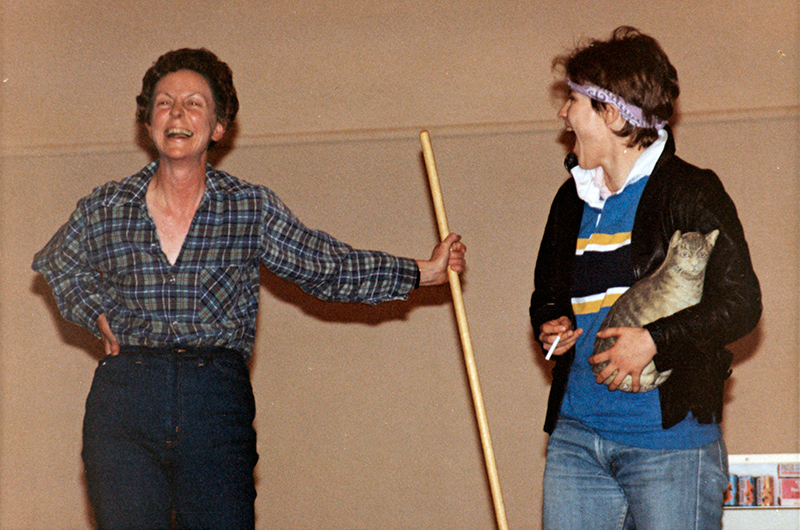 Conway and a student in a skit for the 1982 Rally Day show. Smith College Archives. 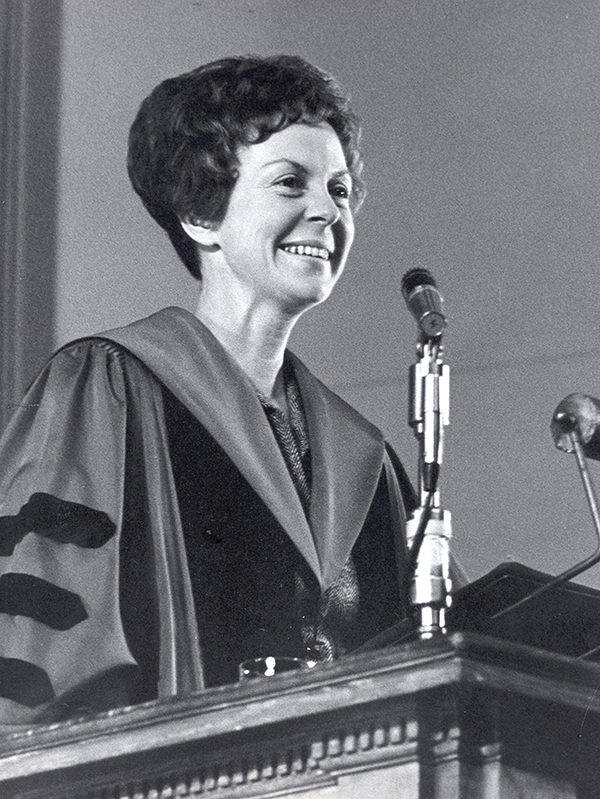 Throughout her career, Conway has received approximately 38 honorary degrees and awards from North American and Australian colleges, universities and women’s organizations. In 2004, Conway was named a Women’s History Month honoree by the National Women's History Project. In 2013, President Obama honored her with the National Humanities Medal. Smith College Archives. 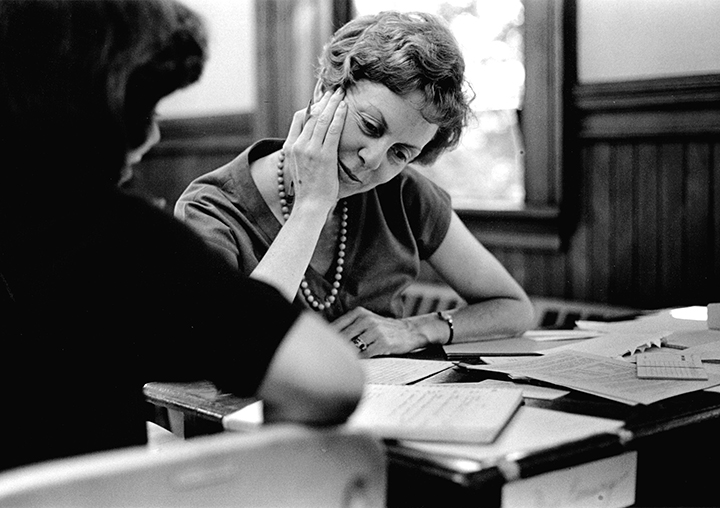 Conway was just 39 years old when she accepted the Smith presidency in 1974. This shot was taken during a campus meeting in 1979 by photographer Chuck Kidd. Smith College Archives. 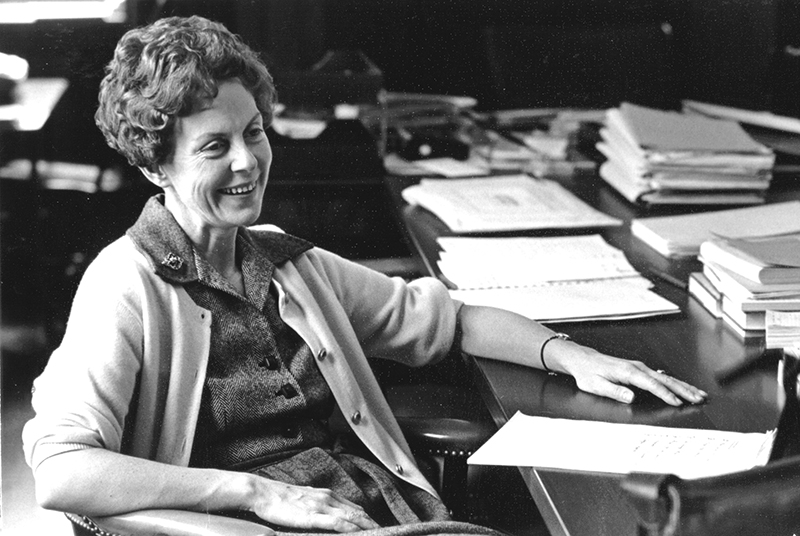 Six years into her presidency, Conway was considered a national leader in improving the lives of women around the world through education. She is still an outspoken advocate for college affordability and the need for financial aid to support women’s academic endeavors. Smith College Archives. 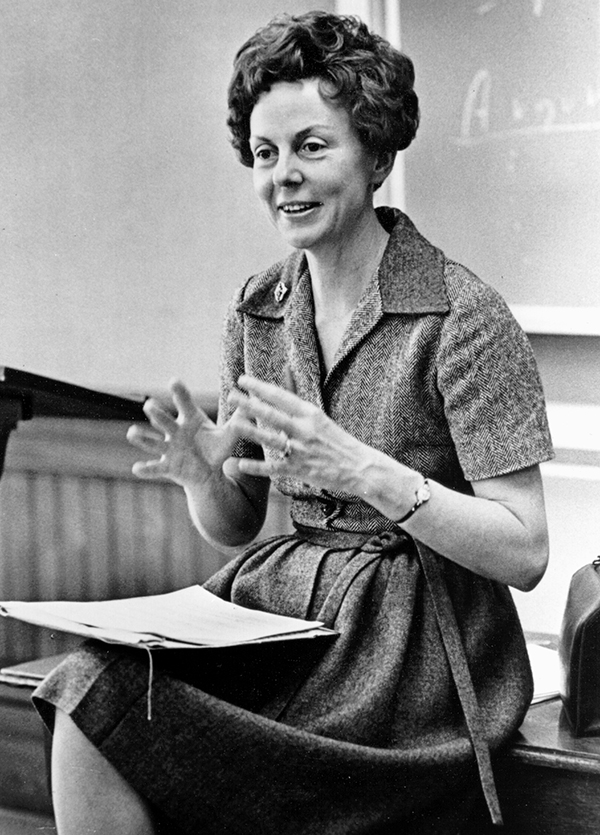 Conway began her academic career at the University of Toronto as a professor of U.S. social and intellectual history. She gradually rose through the administrative ranks to serve as the university’s vice president for internal affairs, before coming to Smith. Smith College Archives. 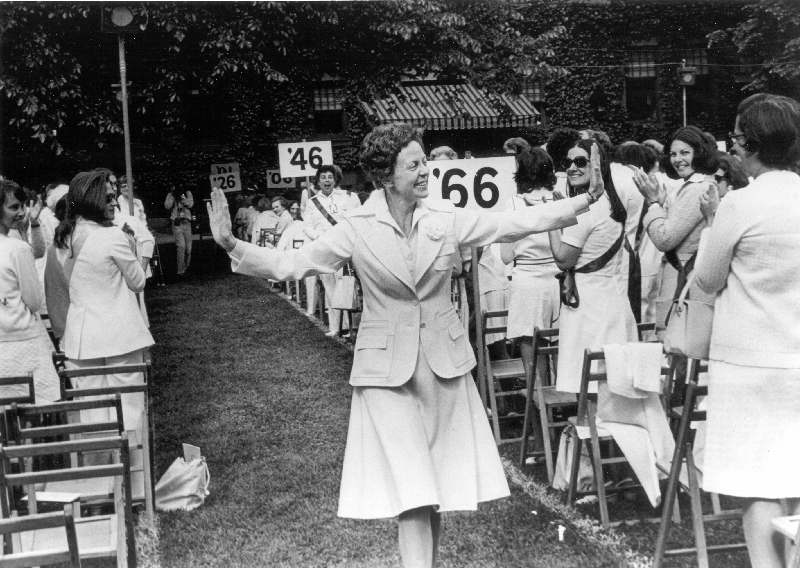 Conway, pictured here at Reunion 1976, wrote A Woman’s Education about her time at Smith. Advertising pioneer and former Smith trustee Shelly Braff Lazarus ’68 called the book “a rare insider's view of what it means and what it takes to be a college president, as well as a unique perspective on an institution many of us have come to know and love.” Smith College Archives. 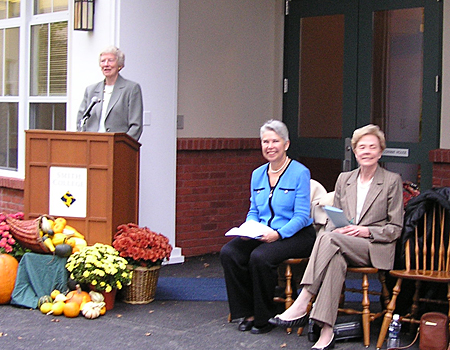 On October 1, 2006, Conway joined Mary Patterson McPherson ’57 (at podium), former president of Bryn Mawr College and chair of Smith’s board of trustees, and Smith President Carol Christ for the dedication of Conway House. With two- and three-bedroom apartments, Conway House is Smith’s first residence for Ada Comstock Scholars and their families. 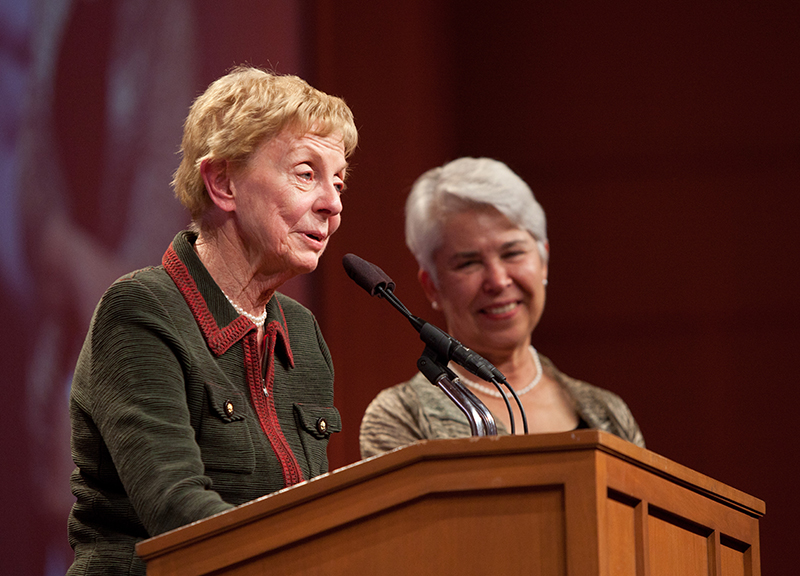 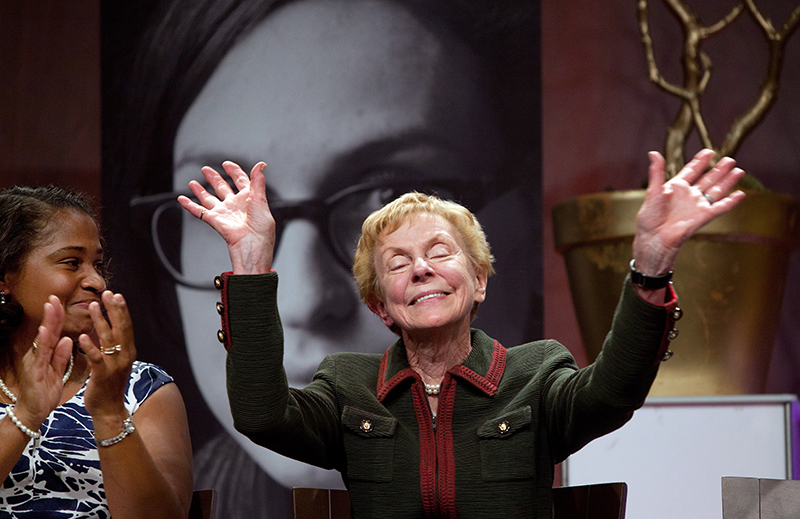 Conway remains a beloved Smith figure and returns to campus often. Here, she speaks during the Women for the World campaign kick-off celebration in October 2012. 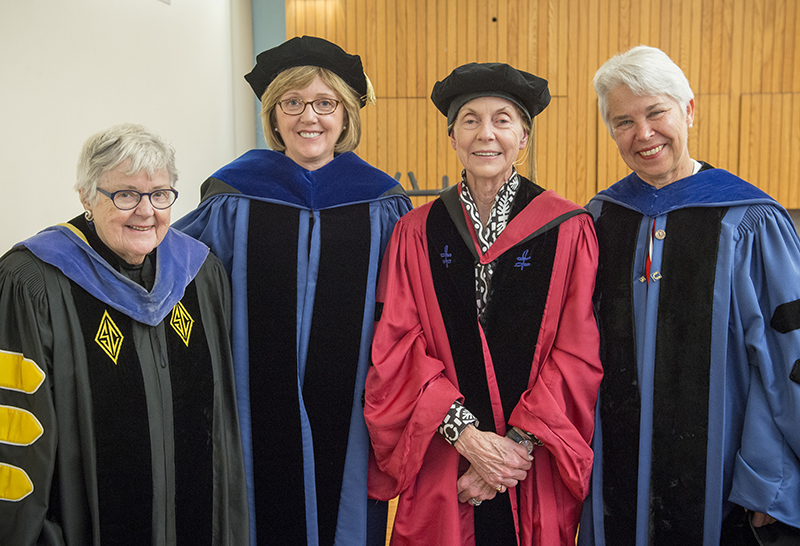 Ketty Munyenyembe ’20: A Passion for Research

Just a few years ago, Ketty Munyenyembe ’20 was well on her way to a career in international studies. But after transferring to Smith, she discovered a passion for scientific research. Now she’s heading to a Ph.D. program at Yale, where she’ll investigate the evolution of microbial pathogens—including COVID-19.

Chloe Hou ’20 decided to declare an architecture major before she’d taken a single studio course at Smith. “It’s a challenging major,” she acknowledges. “But it allows me to feel the power of creation.”

Yansi Murga ’20: Learning to Be a Leader

During her four years at Smith, Yansi Murga ’20 has sought out opportunities to serve as well as to study, and her explorations have taken her well beyond western Massachusetts.