“Special Collections is all about access and discovery, especially by Smith students,” says Elizabeth Myers, director of special collections at Smith.

That is why—thanks to a generous donation from the class of 1968—Smith Libraries invited students to compete this semester in a one-time #DiggingTheCollections contest.

To enter, students were asked to research a book, image, set of papers or another item of interest from the College Archives, Mortimer Rare Book Room or Sophia Smith Collection of Women’s History. Participants then posted about their findings to Special Collections' social media accounts where followers were asked to vote for their favorites. 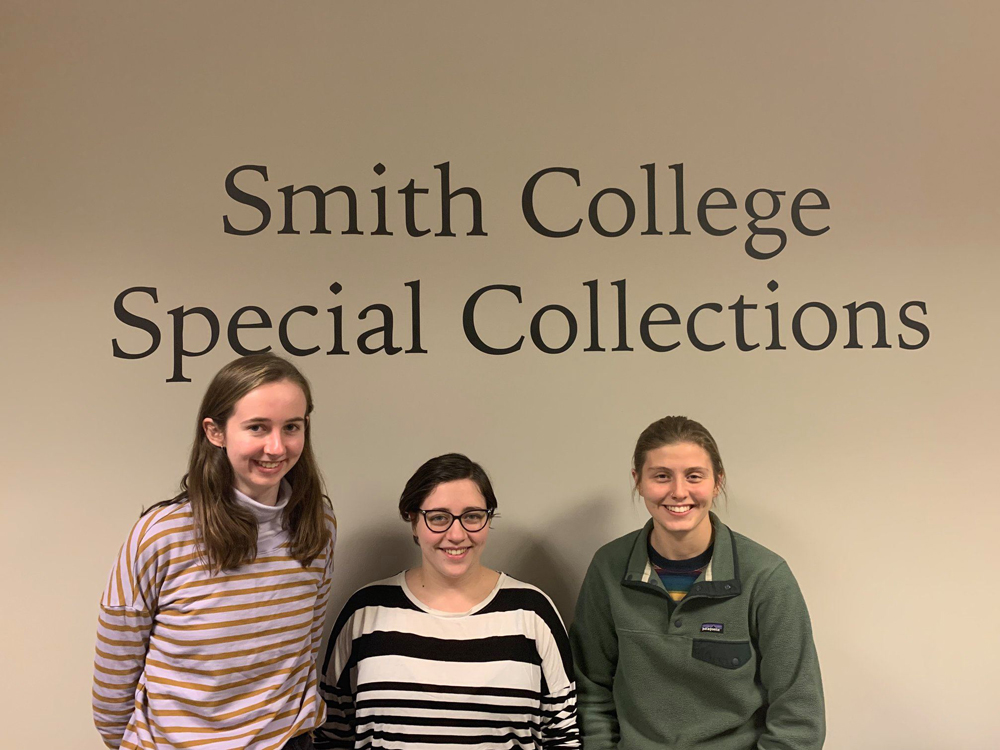 Donham wanted to recreate a photo for the contest. She explored several ideas, including the possibility of using a photo of her great-grandmother—a Smithie in the 1930s. Eventually, she was inspired by photographs of Smith’s annual chrysanthemum show.

“I was struck by how the photos [from the 1960s and ’70s] could have been taken today because the greenhouse and mum show look so similar,” Donham says. “One photo had a student in a beautiful fair isle sweater, so I wore my own fair isle sweater and recreated that photo.

As a member of Smith’s rugby team, Clark knew she wanted her entry to focus on the history of rugby at the college. Clark submitted a zine comparing archived photos of Smith’s past rugby teams to photos from the present day.

“We've had some very dedicated team photographers in the last semester,” says Clark, who is passionate about the sport. “For every photo in the archive, I could think of a specific photo from this year that either mirrored it or showed how things are different now. It was so interesting to see the team, how they played, and even what they wore throughout the years.”

For her submission, Lebowitz-Lockard recreated an issue of the Campus Cat, a satirical Smith publication that ran from 1918 to 1952. Her issue was done in the style of an exam book, complete with fake questions and a list of excuses students used to get out of taking the test.

Lebowitz-Lockard says it was “refreshing” to remember that people at Smith “have always been laughing and joking around. It seems really elementary but it took me by surprise!” 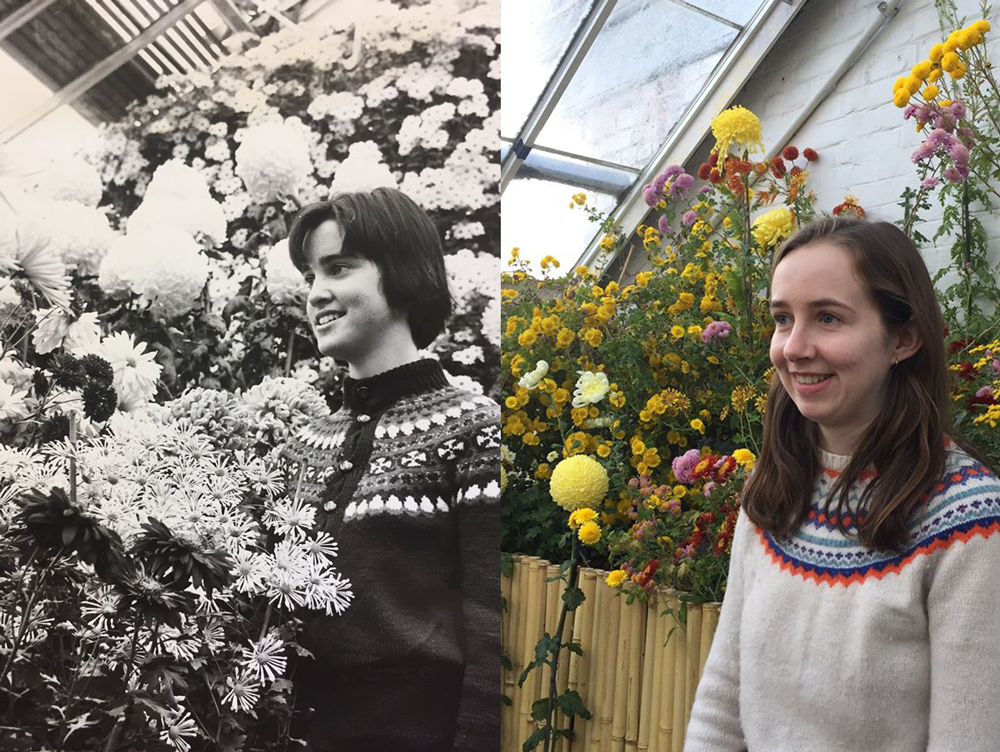 Betsey Donham ’21 recreated a 1960s or ’70s chrysanthemum show photo she found in the College Archives.

The contest was inspired by members of the class of 1968, who, after their recent 50th reunion, made a donation to support women’s history at Smith. “The class remains keenly aware of how they graduated during a time of tremendous social, political and cultural change for women,” Myers says.

Contest participants say #DiggingTheCollections gave them a window into learning with photographs, documents and other primary sources available in Special Collections.

Donham says the contest taught her “just how rich the archive is.” In addition to researching her Botanic Garden item, she found a new interest in photos of Smith buildings.

Although she says she usually shies away from history courses, Lebowitz-Lockard says “being a part of this contest and seeing everyone else's cool submissions helped me gain a new excitement for archival material and historical research.”

On two Saturdays this spring, the campus will be filled with aspiring middle and high school scientists, as Smith for the first time hosts the Western Massachusetts Science and Engineering Fairs. Smith student volunteers have been busy designing activities aimed at making the fair a memorable experience for participants.

During Interterm this year, students were offered a new sequence of design thinking and entrepreneurship courses aimed at giving them tools for finding creative solutions to complex problems.

Catch a glimpse of the landmark exhibition #BlackRefractions @Smithartmuseum tonight at 7:30 p.m. on the @Chronicle5 segment about artists and museums. https://t.co/GrPrm1qrcL https://t.co/sejUwD4wGF