On October 29, 2018, President McCartney wrote to the Smith community to share the results of an independent inquiry into events of July 31, 2018, when a Smith employee contacted Campus Police about a student in a residence hall. President McCartney’s letter, the investigation report and other information are presented below.

Report on the Investigation

Following a July 31 call to Campus Police regarding a student of color, the college commissioned an independent investigation. The investigators' report is presented in full, redacting only those elements that would violate the confidentiality of those interviewed.

Note: Additional FAQ items were added in June 2022 due to ongoing inaccuracies in reporting about the events of July 31, 2018. The below questions and answers seek to clarify the facts.

Q: Did the college force the employee who called campus police to take a leave?
A: No. The college did not force any employee to take a leave in relation to the events of July 31, 2018. When the story received wide public attention several days after the incident, the college offered the option of paid leave to the employee who placed the call to campus police. Such leaves are common practice among employers, and employees are generally grateful for the breathing room they afford while the story runs its course.

Q: Did Smith College produce a video about “white privilege glasses” that was shown to employees?
A: No. A video titled “White Privilege Glasses” produced by the Chicago Theological Seminary was discussed as part of a remote learning module for student leaders. To our knowledge, the video was not shown in employee trainings.

Q: Did the college require anti-bias training for all employees?
A: Yes. faculty were required to take the same anti-bias training as staff. There was no differential treatment. The Ever-Fi online training required in 2018–19 was not unique to Smith, nor even to higher education; it is standard across many industries.

Q: Does Smith require employees to approve or agree with the content of its trainings?
A: While Smith faculty and staff may be required to attend certain training events, some of which are mandated by law, approval of such events, or agreement with their content, is never a term or condition of employment at Smith. Smith encourages the expression of diverse viewpoints and dissenting voices.

Q: Did the college take disciplinary action against the student?
A: Student conduct matters are confidential and not discussed publicly.

Q: Did the college engage in any monetary settlement with the student?
A: No.

Q: What was the charge to the investigators?
A: The investigators were asked to determine whether any employees violated the college's Affirmative Action Policy in connection with the incident on July 31, 2018. The college also asked the investigative team, irrespective of its findings, to share recommendations for ways Smith could improve its policies and practices on interactions with persons who may be perceived as suspicious.

Q: Did the external report find the July 31, 2018 incident was the result of discrimination?
A. No. The investigators ultimately concluded that "the Caller provided a legitimate, non-discriminatory reason for calling the Campus Police on the day of the Incident." Further, "the Investigative Team did not find sufficient information that this decision was based on the Reported Party's race or color, or violated the Policy." Nevertheless, the report acknowledges that the student was having lunch near a campus dining area, and that she was put in fear when the officer approached her.

Q: Has the college responded to the student's requests for affinity housing, employee training, changes in policies and procedures, and investigation of the legacy of President Emeritus Neilson?
A: Yes.

Regarding specific requests from the student and the ACLU, President McCartney's letter to the community on September 4 includes pertinent information, including new and existing initiatives. These include:

Affinity housing: The college's Residential Experience Working Group, which was established earlier this summer, will conduct a comprehensive examination of how Smith, as an educational institution and a residential college, can optimize the learning potential of living and dining in community. This group will address, among other things, affinity housing.

March 2021 update: During the 2019–20 academic year, following the recommendation of the Residential Experience Working Group and in line with similar housing initiatives throughout higher education, the college launched a two-year pilot program that designated Park Annex and Parsons Annex as affinity houses that cultivate and foster a sense of belonging for, respectively, students of color and Black students.

Any sophomore, junior or senior currently living on campus may apply to and be considered for affinity housing at Smith College. Applications neither request nor are judged by a student's racial or ethnic identity.

Changes in policies and procedures: The college currently has policies prohibiting race and gender discrimination and robust procedures for prevention and enforcement. See, for example:

William Allan Neilson served as president of Smith from 1917 to 1939. The ACLU has circulated an excerpt from a previously published 1927 letter from Neilson referencing segregation and student housing. The public is welcome to view and assess Neilson's legacy via his personal papers, including those that reference his service on the board of the NAACP and his role in founding the Legal Defense and Education Fund of the NAACP.

Out of an interest for transparency and to support research into Neilson's views on race, the college has digitized two sets of documents:

The full letter referenced by the ACLU is available in the first link.

The college continues to evaluate additional reforms proposed by the student, guided by the findings and recommendations in the report. As part of the review process, Smith also looks forward to input from campus governance groups such as the Committee on Mission and Priorities and the Inclusion Council.

Q: What is the nature of the ACLU's involvement?
A: An ACLU attorney is providing counsel to the student and has been in communication with the college since late August 2018.

Q: Social media posts from August 21 purport to identify the caller to Campus Police. Are the posts accurate?
A: No. Neither of the individuals named in these posts placed the call.

Q: Who led the external investigation of the incident?
A: Two experienced attorneys investigated the incident: Anthony Cruthird and Kate Upatham.

Anthony Cruthird has close to 20 years of experience in the field of civil rights and education. The bulk of his experience stems from his prior role as a senior civil rights attorney and team leader with the United States Department of Education, Office for Civil Rights (OCR), where his work centered on investigating and remedying complaints alleging discrimination on the bases of race, color, national origin, disability, sex, and age. 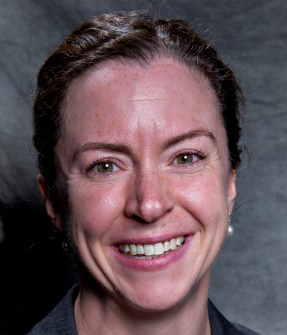 Kate Upatham worked for eight years as a Civil Rights Attorney with the U.S. Department of Education, Office for Civil Rights (OCR).  She has conducted numerous investigations including with OCR's compliance team that proactively ensures that schools receiving Federal financial assistance from the U.S. Department of Education, and public entities, are in compliance with the laws enforced by OCR.

Both attorneys are members of the Sanghavi Law Office.

Q: Does Smith outsource its security to the Northampton Police Department or any other armed police department?
A: No. Campus Police officers respond to all on-campus calls, 24 hours a day, 365 days per year. Campus Police may contact the Northampton Police Department for additional support only in those instances where required—large events, major crimes, etc.

Q: Was there a call to 911?
A: No. The caller contacted Smith College's Campus Police dispatch.

As part of ongoing initiatives to strengthen its commitment to inclusion, diversity and equity, Smith College announced a number of steps it is taking to reduce the likelihood of bias-related incidents. Changes the college is making in relation to campus safety were spurred by an incident this summer involving an employee and a student of color that, as Smith President Kathleen McCartney has written, "caused us to reassess and recommit to the work Smith needs to do to be the community we aspire to be."

Updates on the Investigation

From the Institutional Equity Officer

I would like to take this opportunity to alert you to three developments resulting from initial fact-finding about the July 31 call to Campus Police.

We are committed to timely and transparent communication throughout this investigation, and will send further updates to the community as soon as they are available.

Yesterday, Campus Police responded to a call from an employee reporting an unknown person who "seemed to be out of place" in a Smith building where the dining area was in use by the college's summer programs. A Campus Police officer responded to the site and spoke with the individual, a Smith undergraduate student of color, who was on a break from her on-campus job. Campus Police found nothing suspicious about the student's presence.

This incident has raised concerns in our community about bias and equity. Smith College does not tolerate race- or gender-based discrimination in any form. Such behavior can contribute to a climate of fear, hostility and exclusion that has no place in our community. I have reached out to the student to offer support and discuss next steps, and will conduct an investigation of the incident with the employee, with Human Resources and with Campus Police.

Please do not hesitate to reach out to me with concerns or questions.

I strongly encourage any member of the community experiencing bias in any form to immediately notify the college. Confidential reports can be made through EthicsPoint. All reports are investigated in a timely and thorough manner.

Reporting Caller: I was just walking through here in the front foyer of [REDACTED] and we have a person sitting there laying down in the living room area over here. I didn't approach her or anything but um he seems to be out of place … umm … I don't see anybody in the building at this point and uh I don't know what he's doing in there just laying on the couch.

Dispatch: Can I have your last name please?

Dispatch: I'll send someone over and check it out.

Responding Officer: All clear. That was a student relaxing in the living room. They had lunch here. I guess and they decided to stay for a while.

Maya Durham '23 develops more inclusive opportunities for children to experience the joys of art and express their creativity. https://t.co/bJfGX8R3ar