‘The Times that Art is Made’: Amanda Williams

Renowned artist Amanda Williams is spending the summer at Smith, and she’s using the time to think—metaphorically— about tulips.

Williams—a distinguished visual artist who recently received a co-commission for a Brooklyn monument commemorating Shirley Chisholm—is the inaugural artist-in-residence at the Smith College Museum of Art this June. All are invited to meet Williams at an open studio from 4 to 6 p.m. Thursday, June 27. She also will be back on campus during the 2019-20 academic year.

The June residency, Williams says, is an opportunity to “pause in the middle of a really fantastic two years of high activity”—to take stock, take a break, and to get back to making things at an intimate scale.

“Painting is my first love,” says the artist, known most recently for her site-specific installations. “And I love color. This felt like a moment to reconnect with that.” 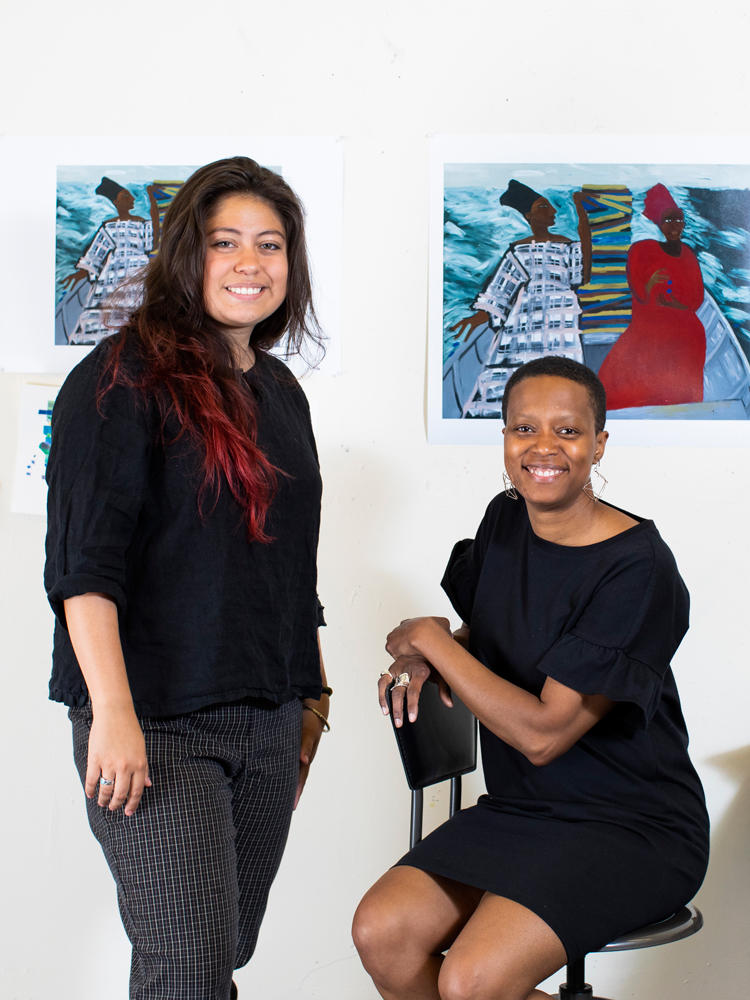 Williams says she wants the work she does during her Smith residency to be tactile and haptic, instead of digital. “I find myself doing a lot of facilitating for my big institutional and public projects,” she notes, “and very little making with my own hands.”

“My hope,” she says, “is that at the end of the residency I’ll have reconnected with this thing that has always been fundamental to my work. And I also hope that this experience will create a road map for the next phase.”

Williams is taking advantage of all that a Smith summer offers, exploring the Botanic Garden, visiting downtown, and spending time with the museum’s expansive collection.

She says she’s “blown away” by the collection itself, and also by the generosity of the alumnae whose gifts have contributed to it. “These women are leaving a wonderful legacy,” she says. “It’s a collection of art -- but also a collection of uniquely Smith stories. Viewing feels like opening up an album, rather than a stock portfolio.”

So, about those tulips…

Williams says the ability to sit freely amidst Smith’s many gardens allows for much more than what might seem to be taking place on the surface. She’s thinking about representation—tulips’ color, their shape, their texture and movement—but she’s also thinking about their history as a commodity, about how a flower can serve as a metaphor for the ways we value and undervalue land and territory, in general, and use it to control access and wealth.

“Having time like this—to think, to be mindful, to look closely at everything, to be in the garden—is actually really important,” Williams says. “These are the times that art is made.”

Close to 60 Smith students have been involved in a digital production of Shakespeare’s “Julius Caesar” as actors, directors, costume designers, sound engineers, animators—and more. The show will premiere live on YouTube at 7:30 p.m. on Monday, March 15 (The Ides of March).