BY Jan McCoy Ebbets
Waksman is a practitioner as well as a scholar of rock and pop. Photograph by Julian Parker-Burns

In his new book, Live Music in America: A History From Jenny Lind to Beyoncé, Steve Waksman, Elsie Irwin Sweeney Professor of Music and professor of American studies, takes readers—and music lovers—backstage, exploring the impact and changing conditions of live music concerts over the past 170 years. A documentation of the music business, the book is the culmination of more than a decade’s worth of Waksman’s research into how public performances have shaped American culture and the collective human experience.

For his part, Waksman has turned a lifelong passion for music into a career as a scholar of rock and pop. His 2009 book, This Ain’t the Summer of Love: Conflict and Crossover in Heavy Metal and Punk (University of California Press), was awarded the 2010 Woody Guthrie Award for best scholarly book on popular music by the U.S. chapter of the International Association for the Study of Popular Music. He has contributed essays to various journals and collections, including The Cambridge Companion to the Guitar, the Continuum Encyclopedia of Popular Music of the World, Listen Again: A Momentary History of Pop, and Metal Rules the Globe: Heavy Metal Music Around the World. As a prolific concertgoer, Waksman says live music is “like breathing. It’s just a fundamental aspect of life.”

I did not grow up in an especially musical household. There were no instruments in the house until I started to play guitar. My earliest memories, then, would concern listening to records. I know that well before I had started buying more “cool” records by The Beatles, Kiss, or Led Zeppelin—which I started amassing around age 8—I had a collection of 45-rpm records of nursery rhymes. I recall playing them on a small portable turntable. I listened to those nursery rhyme records quite a bit, as well as some Disney soundtrack albums that we had (especially The Jungle Book, which I liked because it was jazzy). Those nursery rhyme records were my gateway into record collecting.

It was The Police on their Synchronicity tour, with Joan Jett and the Blackhearts opening. I was 15 years old, in the summer of 1983. Although I grew up in Southern California, I saw this show when I was visiting family in Detroit and went with my cousin Bob (who was much older than me) and his two kids, who were closer to my age. It was an awesome experience. I could barely believe how loud it was, and The Police were at the height of their powers (as was Joan Jett). Also, my second concert is worth sharing as well—David Bowie, back in California at The Forum in Los Angeles, touring for his Let’s Dance album. The Police and David Bowie were a pretty good one-two punch for a 15-year-old. 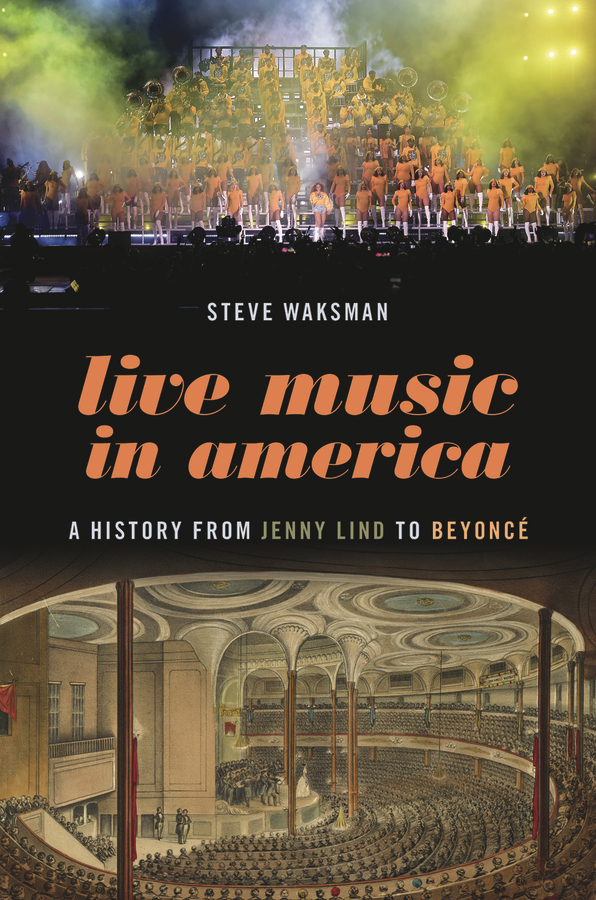 LIVE MUSIC IS IMPORTANT BECAUSE…

It is one of the most important ways in which people gather in public and experience a sense of collective belonging. I would suggest that only live sporting events have a comparable significance in this regard, and the differences between the two are notable. In sports, people gather to witness competition, with fans rooting for one opponent to better another. With live music, nobody must beat anyone else for a sense of collective joy to be experienced. That’s not to say it’s all utopian, though, because live music is also a space where sexual harassment happens, and where power inequities can be reinforced. It’s important for the bad as well as the good.

There is no way to measure which is better. Both are essential. Obviously, recorded music has the advantage of accessibility, and it affords a kind of privacy or even intimacy in the way we listen to music that is deeply powerful. For many of us, we forge the most intense relationships we have with music through recordings because that is the way in which it enters our personal space and becomes the soundtrack for our daily lives. Live music is so special, on the other hand, precisely because it is not ordinary. Seeing live music usually involves breaking away from our everyday routines, and that gives it a unique power of its own.

RECORDS I’D WANT WITH ME ON A DESERT ISLAND

Five would never be enough. To compensate for the scarcity, all but one of these is a two-record set—which itself may be an anachronism in our digital world, but these are all albums I own on vinyl. I am assuming that if I have some records on this desert island that I can also have a turntable. And if I’m lucky, I’d have a guitar with me. (Also, my tastes aren’t as stuck in the past as this list would suggest. I still buy and listen to new music regularly.)

Going to see the drone metal band Sunn O))). (That’s not a typo.) They are without a doubt the loudest band I’ve ever seen, and I’ve spent my lifetime going to loud concerts. The sound was almost all low-end, and it rumbled through your body cavity so that sometimes it felt like your insides might just melt. To make it more disorienting, they used so much dry ice that I could hardly see the person standing in front of me, and the band performed in ceremonial robes as if they were conducting an ancient ritual from the 11th century. Time sort of stopped during the whole time they played, which is one way to measure whether a show is any good.

This story appears in the Winter 2023 issue of the Smith Alumnae Quarterly.

The Plant House as Studio

‘Into the Glasshouse,’ a unique exhibit inspired by student explorations of plant life and studio art, opens Friday, Jan. 20, in Lyman Plant House.

Pull Up a Chair