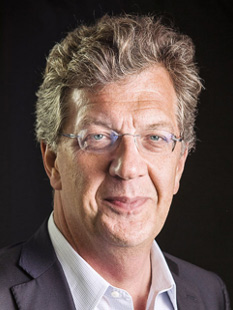 Johan Aurik ’86 is managing partner and chairman emeritus at A.T. Kearney, a leading global management consulting firm with more than 60 offices in over 40 countries. Aurik led Kearney from 2012 to 2018. Prior to his election to global managing partner and chairman, Aurik led the firm’s operations in Europe, the Middle East and Africa, served as a member of Kearney’s board of directors, and held other leadership positions during more than 30 years in the industry. A passionate speaker and author on the impact of digital technology on business and society, Aurik is co-author of two books—“The Future of Strategy” and “Rebuilding the Corporate Genome.” Aurik serves on the boards of start-up companies and not-for-profit organizations in North America and Europe. He holds a graduate diploma from Smith, and master’s degrees from the University of Amsterdam and Johns Hopkins University. 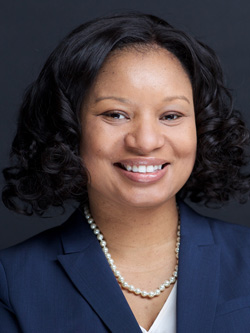 Bronx native Janelle Bradshaw ’00 has dedicated her career and volunteer efforts to education reform in her community. With more than 20 years of experience in the field of education, she serves as CEO of Public Preparatory Network, the first and only PK-8, single-gender charter school network in New York City, serving 2,000 scholars and 900 alums. As CEO of a non-profit charter school, Bradshaw sets the vision and direction for the overall educational program, including its growth and expansion in the Bronx. Bradshaw serves on the board of trustees for the Partnership for Afterschool Education, a child-focused organization that promotes and supports quality afterschool programs in New York City. An active member of Jack and Jill of America, she is on the executive board of the Westchester Chapter. She is an active member of Delta Sigma Theta sorority, and co-president of Smith’s class of 2000. Bradshaw holds a bachelor’s degree in government from Smith, as well as a master’s degree and a certificate of advanced graduate studies from Simmons College. 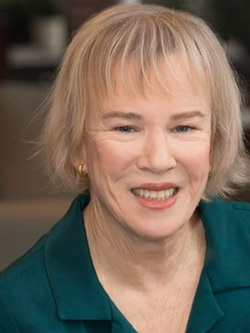 Molly Burke ’76 is a civic and political activist who previously served as general counsel of GE Energy Services, a $17-billion global business. Burke was a member of the company’s business leadership team, responsible for business strategy, global legal compliance and talent identification and development. She previously managed civil litigation across all divisions of GE. Before joining GE, Burke was a litigation partner at the firm of Heller, Ehrman, White and McAuliffe in Seattle. Since leaving GE, Burke has devoted her time to improving her communities, with a focus on democracy, including ensuring that all persons who are entitled to vote are able to do so. She launched Georgia’s statewide poll-watching program in 2014 and its voter hotline in 2018. She is also an advocate for the environment, focusing on decreasing climate change by educating members of the community about how individual actions affect the environment, particularly the oceans. Burke graduated from Smith College and Harvard Law School and was a Fulbright-Hayes Scholar at Oxford University. 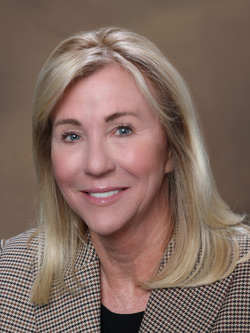 Denise (“Dee”) Whalen Conway ’80 began her career in corporate law at Brown, Wood, Ivey, Mitchell and Petty in New York City, and later practiced commercial and real estate law. When her third child was born, she retired from law practice to focus on charitable, civic and community service. Conway has held various leadership and volunteer positions in her community: She chaired the village’s Architectural Design Review Board, has served on the Plandome Zoning Board of Appeals, and supports a number of educational and school-affiliated organizations. For the past 25 years, Conway has volunteered as a teacher, board member and officer of Adventures in Learning, an after-school program for underserved children. She also has been involved with Student Sponsor Partners, a New York City program that provides scholarships and mentors for at-risk students, resulting in dramatically improved rates of graduation and college enrollment. Conway graduated from Smith with a degree in psychology and earned a law degree from the Boston University School of Law. 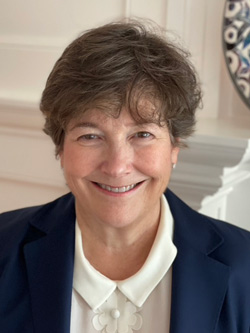 Lynn Reichenbach ’81 began her career as a broker’s assistant for Donaldson Lufkin & Jenrette in New York, then worked as a broker at Merrill Lynch in New York, Boston and Houston. Since 1989, Reichenbach’s focus has been raising her children: She served as president of the PTA at two of the schools her children attended, then chaired the Parent Leadership Council at Roanoke College. Since 2011, she has been a member of the board at Roanoke, where she currently serves as a member of the executive leadership, college life and trusteeship committees. In 2012, Reichenbach organized her family council, serving as council chair for approximately six years. She currently is president of Deeridge Trust Services, a family holding company. Reichenbach graduated from Smith with a degree in history. 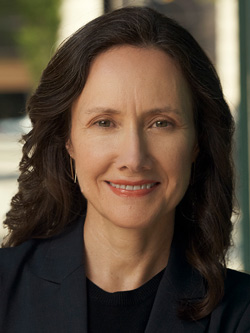 Ann Silverman AC ’96 is the wealth area executive for M&T Bank’s Northeast region, overseeing teams that provide Wilmington Trust’s wealth management advice and solutions to business owners, individuals and families. Silverman joined M&T Bank in 2004 as a commercial lender. After M&T acquired Wilmington Trust in 2011, Silverman helped to build and eventually lead Wilmington Trust’s wealth management banking team. She also has participated in M&T’s international program, working for Allied Irish Banks in Dublin. Earlier in her career, Silverman was a project manager and exhibition developer for the Smithsonian—both at the National Museum of American History in Washington, D.C., and at the National Museum of the American Indian in New York and Washington, D.C. She now serves on the National Museum of the American Indian’s board of trustees. The recipient of a bachelor’s degree in history from Smith and a master’s degree in finance from Wharton, Silverman is Ojibwe and a member of the Bay Mills Indian Community in Michigan’s Upper Peninsula. 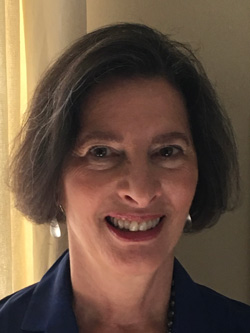 Emily van Agtmael ’70 is a trustee of the Sunrise Foundation, a family foundation focused on education, research of national and global issues, and public media. After working as a teacher, and then an interior designer, van Agtmael launched a ‘second career’ when she joined the board of New Futures, a small nonprofit which she helped grow into an organization awarding nearly $5 million in scholarships and mentoring support to underserved young people in the Washington, D.C. region. Currently a member of the advisory board of WAMU 88.5 (American University Radio), van Agtmael previously served on Smith’s President’s Advisory Council, as well as the board of directors of the Institute for Women’s Policy Research and the national board of Free the Children Trust. Active with a variety of non-profit and cultural organizations both locally and nationally, van Agtmael holds a B.A. degree from Smith College and a master’s degree from the Bank Street College of Education.