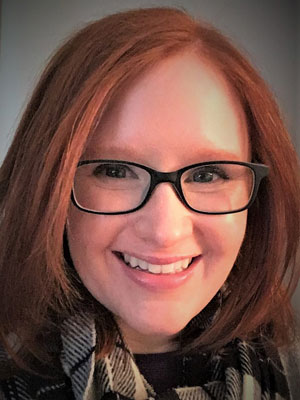 Theresa Brock, assistant professor of French studies, received her Ph.D. in French and Francophone literature with a minor in women’s studies from the Pennsylvania State University. Her area of research specialization is early modern studies, and her scholarly interests include the environmental humanities, visual media and science and technology. Brock’s book manuscript, “The Visionary Queen: Justice, Reform, and the Labyrinth in Marguerite de Navarre,” draws on religious studies, literary criticism and gender studies to examine the representation of women as agents of institutional reform in the early modern period. The book is under contract for publication by the University of Delaware Press in their Early Modern Feminisms series. Before coming to Smith, Brock taught with Penn State’s World Campus and at Williams College. 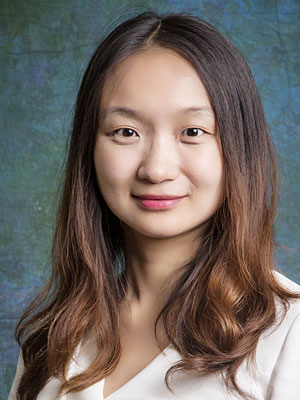 Shiya Cao, Mass Mutual Assistant Professor of Statistical & Data Sciences, received her Ph.D. degree in Information Technology from the Business School at Worcester Polytechnic Institute. Her research focuses on disability inclusion and broader social inclusion topics using quantitative, qualitative and design science methods. She has conducted research in the critical view of the design of information systems to improve the workplace accommodation process for disabled employees. She has also conducted digital accessibility research regarding data-based decision making to integrate accessibility guidelines into college curricula. She has a forthcoming co-authored book chapter titled "The Chains that Bind: Gender, Disability, and IT accommodations." Cao is excited to further explore these research areas with Smithies and help them pay attention to human, social and emotional elements of data science. 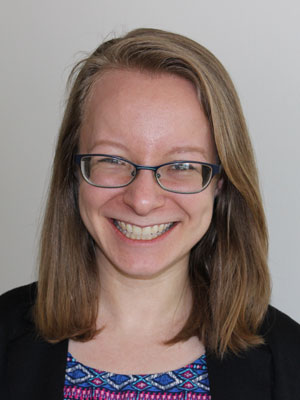 Kaitlyn Cook, assistant professor of statistical and data sciences, received her B.A. degree in mathematics/statistics from Carleton College and her A.M. and Ph.D. degrees in biostatistics from Harvard T.H. Chan School of Public Health. Her research focuses on developing methodology for the monitoring and analysis of cluster-randomized trials with interval-censored endpoints. Cook’s work aims to develop a comprehensive suite of statistical methods and software that will allow researchers to conduct infectious disease studies without needing to resort to modifications of this underlying data structure. Her teaching interests include biostatistics, survival analysis, generalized linear models, and the analysis of clustered data. Before coming to Smith, Cook was a postdoctoral research fellow in the Department of Population Medicine in the Harvard Medical School and Harvard Pilgrim Health Care Institute.

Claire Leavitt, assistant professor of government, received her Ph.D. in government from Cornell University in 2021. She specializes in American institutions, and her research focuses on the relationship between Congress and the executive branch (particularly on the oversight process), partisan polarization and the effects of political violence on the behavior of elected officials. Leavitt spent the 2019 calendar year in Washington, D.C., as a Congressional Oversight Fellow on the majority staff of the House Committee on Oversight and Reform. During the 2021-22 academic year, she was a visiting assistant professor of political science and policy studies at Grinnell College. 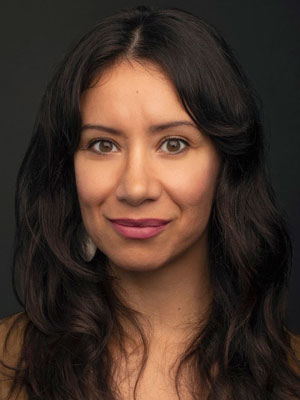 Monica Lopez Orozco, assistant professor of theatre, holds an MFA in acting from University of Illinois at Urbana-Champaign and has worked on stages across the country, including in Chicago. Notable institutions include: Goodman Theatre, Chicago Shakespeare Theater, Northlight Theatre, Victory Gardens Theater and Utah Shakespeare Festival. Lopez Orozco has also appeared in numerous commercials and on television in various episodes of “Chicago Med” (NBC) and “Soundtrack” (Netflix). She most recently appeared this past winter in “Heisenberg” at Northern Stage. Previous directing credits include “The American Life of Dieguito Rivera y Kahlo” with The Vagrancy’s Michigan Chapter (virtual reading, summer 2021) and “Failure: A Love Story” (spring 2021) and “Nowhere” (spring 2022), an original new work developed by students, at Oakland University, where she was a visiting assistant professor from 2019 to 2022. As an educator and scholar, Lopez Orozco's has focused on decentering traditional theater training practices in order to incorporate and elevate voices from marginalized perspectives and championing linguistic justice in actor speech training. She is currently researching practices grounded in energy work to interrogate the connection between the mind and body and its ability to heal, promote whole being wellness for the performer, and stimulate creative flow.

Yancey Orr, associate professor of environmental science and policy, received his Ph.D. in cultural and environmental anthropology from the University of Arizona and  M.A. and B.A. degrees from Yale University. Prior to joining Smith, he was an assistant professor in the Anthropology Department at the University of Maryland. He has researched and worked with Indigenous communities in the Philippines, Indonesia, New Guinea, Australia and the U.S. His work explores how environmental knowledge, knowledge and action emerge in Indigenous, agrarian and post-industrial societies in Southeast Asia and North America. He has used a combination of multisensory ethnography and cognitive science experiments to delineate how symbols and interactive experience produce different types of auditory, visual and conceptual knowledge and ignorance. His current research examines class and prejudice in environmental perception and usage. One aspect of this project is research into how environmental prejudice becomes embodied through digital media. As part of this work, Orr directed the Environmental Sensory Lab at the University of Maryland.

Stephanie Jarvi Steele, assistant professor of psychology, is a 2007 Smith College graduate and a licensed clinical psychologist in Massachusetts who studies self-injurious thoughts and behaviors in high-risk psychopathology. She earned her Ph.D. in clinical psychology at Suffolk University in Boston and completed her predoctoral clinical internship at the Warren Alpert Medical School of Brown University. Steele then completed a two-year postdoctoral research fellowship at Boston University in the Department of Psychological & Brain Sciences, where she worked on a large clinical trial exploring the efficacy of transdiagnostic cognitive-behavioral therapy for the treatment of comorbid alcohol use and anxiety disorders. Steele founded and directed the Behavioral Assessment of Self-Injury Lab (BASIL) at Williams College, where she most recently served as a visiting assistant professor in the Psychology Department. She is excited to bring BASIL to Smith to continue her studies aimed at elucidating risk factors and preventive interventions for self-injurious thoughts and behaviors with the assistance of Smith students. She is expected to regularly teach Abnormal Psychology and Research Methods. 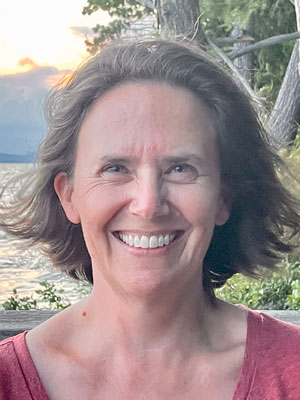 Becca Thomases, professor of mathematics and statistics, received her Ph.D. in mathematics in 2003 from the University of California, Santa Barbara. Prior to joining Smith she was professor and vice chair for graduate matters in the mathematics department at the University of California, Davis. Her research is in data-driven analysis and numerical simulations of partial differential equations with applications in life sciences and engineering. Recently she has been looking at how micro-organisms, such as sperm and other flagellated organisms, move in mucus and other sticky, gooey environments. Thomases has led initiatives to increase active learning in mathematics classrooms and has created a teaching-assistant training curriculum that addresses topics such as understanding the role of diversity in classrooms, and developing concrete strategies for building inclusive classrooms. An applied mathematician, Thomases is excited to bring new interdisciplinary research projects in applied mathematics to the students at Smith College. 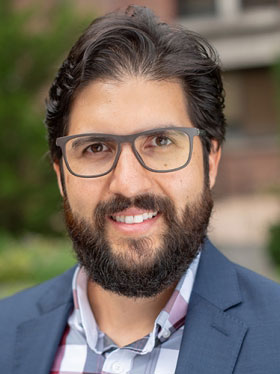 Jorge Vásquez, assistant professor of economics, earned his Ph.D. in economics from the University of Wisconsin-Madison. His research lies in the area of applied microeconomic theory, where he leverages theoretical tools as well as insights from behavioral economics, industrial organization, and law and economics to better understand economic mechanisms and social phenomena. Vásquez has worked on a wide array of topics, including crime, bitcoin, monopoly regulation and interdependent preferences. Most recently, he has been interested in the spread of misinformation in social media. Before coming to Smith, Vásquez served as a senior economist for the Bank of Canada and as an assistant professor of economics at Wesleyan University. 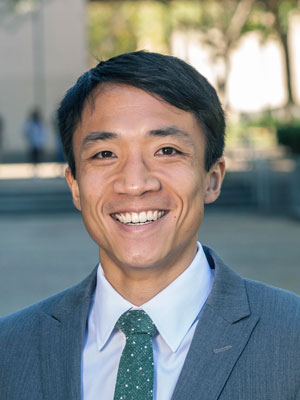 Pun Winichakul, assistant professor of economics, earned his M.A. and Ph.D. degrees in economics from the University of Pittsburgh and his B.A. degree in psychology and economics from Grinnell College. He is an applied microeconomist whose main research interests are at the intersection of public and behavioral economics. Winichakul uses a mix of experimental and observational data to explore questions that highlight how society can improve the quality of, and access to, public resources for disadvantaged communities. He is particularly interested in the economics of nonprofit institutions, including their financing, their workforce, and the impact of their services. Other areas of interest include the economics of immigration. (Photograph courtesy University of Pittsburgh)