LIKE HER MYTHOLOGICAL NAMESAKE, Jess Mencer Phoenix ’04 lives to be reborn. “Every life is an exploration, and it’s through our explorations that we come to know ourselves,” says this admittedly extreme explorer of wilderness—and careers. “I’m a doer, and we doers don’t like waiting, waiting, waiting,” she says.

Phoenix’s work as a geologist and volcanologist has taken her inside the active caldera of Ecuador’s El Reventador volcano and to Australia’s Outback, the American West, and rural Mexico. Her new book, Ms. Adventure: My Wild Explorations in Science, Lava, and Life (Timber Press, 2021), chronicles, among other things, her bout with appendicitis on Hawaii’s Mount Kilauea; her stint teaching students in Death Valley—in the summer; her time working as the only woman in a coal mine; and her experience watching an avalanche start on a mountain in Peru. As co-founder of the nonprofit Blueprint Earth, she brings minority students to the Mojave Desert to study its ecosystem. Last year, as co-host of Hunting Atlantis, her new Discovery Channel series (her second for that network), she rappelled nearly 800 feet into Croatia’s eerie Red Lake, the world’s third-largest sinkhole.

A quixotic quest—one that she says “chewed me up and spit me out”—came in 2018, when she ran for Congress in California’s 25th District because she opposed the Republican incumbent’s science policies. When asked if being in politics made her nervous, she replied, “I walk into active volcanic eruptions. Congress? Come on.” After finishing fourth in the Democratic primary, she vowed to never seek office again. Yet, she has since reconsidered: “I only ran because there was a clear threat to science in the public interest. If that happened again, I would consider running again.”

For her latest adventure, she and her husband, Carlos, are in the process of adopting their first child, who is 15 and has been living with them since March. “I’m discovering this whole new side of myself, having to parent—which is awfully scarier than volcanoes by a lot,” she says. At Smith, Phoenix was on the equestrian team; she stays grounded thanks to her four horses, all former thoroughbreds whom she retrains for new careers.

Here, she talks about why volcanoes ignite her scientific curiosity, why people shouldn’t worry about a supervolcano eruption, and the importance of asking the big questions. 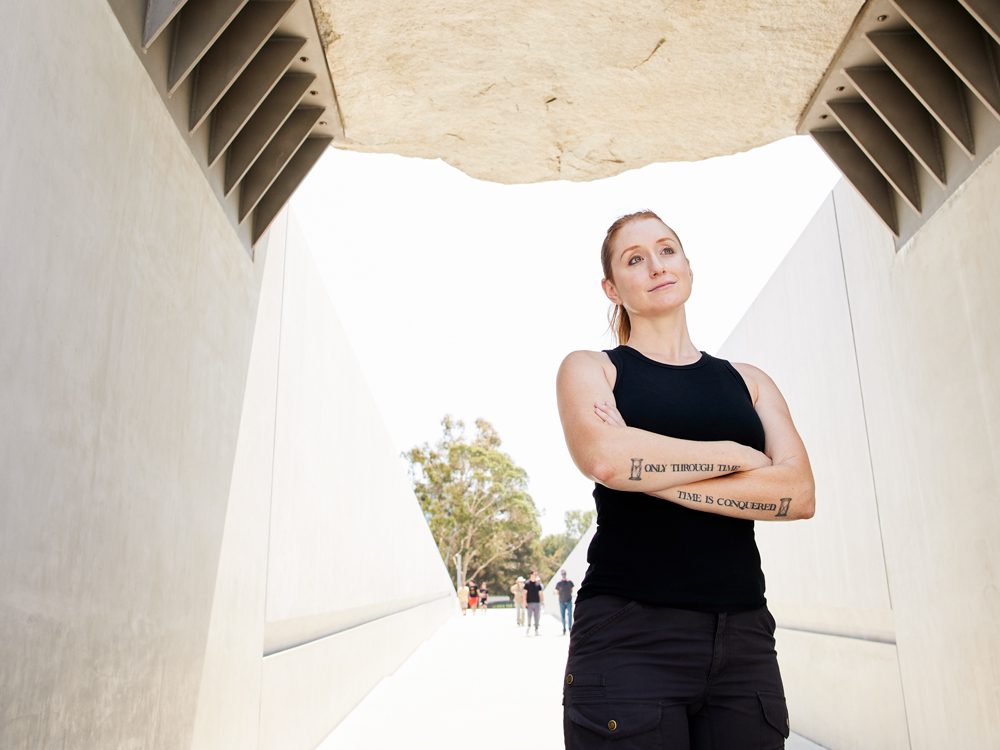 VOLCANOES ARE RAW POWER—nature at its most ferocious and truest self. They’ve got the duality we see in life. They are creation and destruction, life and death, terror and beauty. They create new earth. At the same time, they destroy old earth or forests and houses. Volcanoes can end civilizations, but they can also create land like the Hawaiian Islands. Volcanoes are so primitive; yet they’re an ongoing reminder that our Earth is the furthest thing from a cold, dead rock.

HUMANS HAVE AN 80-YEAR LIFE SPAN, but a volcano’s time scale is millions of years. I always tell people, “Please don’t worry about Yellowstone. It’s likely to erupt in a localized steam-driven eruption rather than in a giant supervolcano eruption. Those are rare and happen once every few centuries. The odds are more in our favor of missing one.” Right now, about 45 volcanoes are erupting around the world. That’s totally normal. But half a billion people on Earth live in volcano-hazard zones. It’s critical we develop disaster plans, fund research, and educate people about the dangers volcanoes pose.

POLITICS WAS LESS THAN FUN FOR ME. I’m not willing to compromise on something I have evidence to support. I was so disappointed in stuff that went on behind the scenes. You think, “I’ve thrown my lot in with this party. I’m going to live up to its ideals.” Yet, you see people who aren’t living up to those supposed ideals. I decided that my integrity was more important than winning. If I’d compromised who I was, I wouldn’t have been an effective legislator.

THIS IS THE SYSTEM we have until we get big money out of politics. Our political system is not designed to bring in fresh ideas or people from diverse backgrounds, including scientists. It’s heavily skewed in favor of the wealthy, the privileged, and white people—largely men, but women and trans people are making strides. We need to be aware of that when we support candidates.

HORSES ANCHOR ME and make me not want to travel all the time studying volcanoes. When you’re working with a horse, you telegraph every single emotion you have, even if you don’t mean to. I’m not good at taking time to stop and inhabit my body. When I’m with a horse, I have to not think about saving the world and just be present in the moment.

THE MOST IMPORTANT THING we can all do for each other is remember curiosity is what unites us as humans. It sets us apart from other species. Not only are we curious, we have the ability to answer questions our curiosity raises. It’s so important to remind people to wonder “Why is the sky blue?” or “Why are mountains where they are?” If we protect and nurture that little innate flame of curiosity inside each of us, that’s how we’ll deal with everything coming our way in the 21st century, such as increasing automation, climate change, and food insecurity. That curiosity to find our place in the universe— that is what is going to keep us afloat. So, please nurture that flame.

Freelance writer George Spencer is the former executive editor of the Dartmouth Alumni Magazine. He lives in Hillsborough, North Carolina, where there are no volcanoes.

INFLUENTIAL PROFESSORS: Ernest Benz, Marc Lendler, Richard Lim, and Dean Margaret Bruzelius. “Riding team coach Sue Payne was utterly incredible. I will be forever grateful to her for her belief in me, her wisdom, and her generosity.”