‘A Seamless Blend of the Historical and Modern’

Renewing My Connection to Neilson

THIS PAST JUNE, I met Dean of Libraries Susan Fliss for a tour of Maya Lin’s redesigned Neilson Library. I’m a librarian, so this was a big moment. What would Lin’s redesign reveal about the future of libraries—and my future?

Since graduating from Smith, I’ve blended careers in writing and libraries. In 2008, I founded the library of Bard High School Early College in Queens, New York. I still work at this New York City–based public school partnership with Bard College that serves bright, diverse students (with more than 34 languages spoken). My writing and discussions about libraries have been featured in The New York Times, NPR, and several podcasts. Some colleagues call me a “famous librarian” (if that’s really a thing). But I should confess that I was a horrendous library patron at Smith.

First of all, I had no idea how books were organized and never bothered to ask. I only checked out three texts during my whole Smith career. Those three books (two on coming out to your parents as queer, one on poet William Blake) collected dust bunnies under my bed for months, accruing atrocious late fines. Did I laugh loudly with friends, and crunch granola bars in the stacks? Probably. I was “that” student. So, when I toured Lin’s library, I hoped to uncover memories of something I actually learned during all my hours of napping or hanging out in Neilson.

When I first glanced at the renovated exterior, I loved the contrast between the traditional brick façade and the addition of two glassy limestone spheres that Lin aptly calls her “jewel boxes.” I’m an old-fashioned, book-loving librarian obsessed with digital research, so I admired Lin’s artful confluence of old and new.

The first stop on the tour was the browsing room. The wood paneling and fireplace were polished to a sheen, but it was otherwise the same room I remembered from Ellen Doré Watson and Annie Boutelle’s guest poet series. I took Watson’s elective three times because we met different poets each semester. My class drank tea with Mary Oliver and heard about her writing process (early-morning beach walks in Provincetown with a notebook). At Bard Queens, I teach my own visiting author course informed by Watson’s. I might have been a delinquent book borrower, but poetry gave me a home at Smith.

When Smith students were surveyed about what they most wanted to see in the library, their answer was books. This might sound obvious, but in fact the library field often de-emphasizes reading these days. People are more interested in whether your library has a 3D printer in its makerspace than whether you have the latest novel by J. Courtney Sullivan ’03. (Although they should care!) So I was grateful that Lin’s design treated the book as sacred.

When we proceeded into the airy, bright core of the library, my gaze swept upward to the oculus and three stories of glass-encased floors with multicolored books circling the mezzanine. Light is, simply, everywhere in the new Neilson. The old library was dark and cloistered, with orange-brown carpet. It made me sleepy. (I was often sleepy in those days.) So I would have appreciated the “Maya nooks”—Lin’s couches designed for lounging and slumber. And since I was often hungry as well, I would have appreciated the stylish café.

“I am an old-fashioned, book-loving librarian obsessed with digital research, so I admired Maya Lin’s artful confluence of old and new.”

When I was assigned a research paper on William Blake, I approached a librarian at the imposing circulation desk. I’m 5 feet, 9 inches, but I felt small. The librarian was perfectly nice, but the process felt as formal as approaching a judge’s bench. When I struggled to find appropriate sources, I didn’t consult her a second time. Instead, I left the library with only one text, on Blake’s approach toward race. And I cited that one book quite generously in my paper, if you will.

My tough but affectionate professor, Patricia Skarda, commented on my paper: “You did a fantastic job … summarizing someone else’s argument! Next time, try thinking for yourself.” I’ve carried Skarda’s words close to me ever since. In fact, I learned more from that experience than if I’d gotten an A.

The Single Service Point replaces the “judge’s bench,” with a cadre of friendly student workers you can sit down with, talking eye to eye. I believe this will impact student learning profoundly. Indeed, the trend in libraries is to eliminate the circ desk and make information seeking a collaborative, democratic process.

As I toured the new Neilson, I was flooded with memories of the Mortimer Rare Book Room, a chilly chamber sequestered on the third floor. I’d go there to admire a framed napkin on which Sylvia Plath ’55 had drafted a poem. When Operations Manager Nichole Calero AC ’13 informed me that there was no longer a designated rare book room, I panicked. “So, where will I go to see Sylvia’s napkin?” I asked.

“The exhibition space,” Calero replied, explaining that exhibits on the second level will allow visitors to view celebrated items like Plath’s memorabilia and Virginia Woolf’s manuscripts. There is also a large archive room, numerous classrooms for archival study, and 6 miles of collections visible through glass. The library seamlessly blends historical holdings with modern resources.

I’ll be honest—it might take some time to adjust to the idea that there’s no rare book room. I liked making a pilgrimage to a secret vault. But I think Lin was smart to display treasures openly, to make everything so accessible. Her library is awe inspiring but not intimidating.

Walt Whitman once wrote, “I contradict myself! I am large, I contain multitudes.” Lin’s renovation is also gorgeously contradictory, containing multitudes. Here you find solitude and community, technology and books, bodily comfort and intellectual rigor. As I left the library, reluctantly, I made a note to renew my Friends of the Smith College Libraries membership. The new Neilson makes me proud to be a Smithie and a librarian. 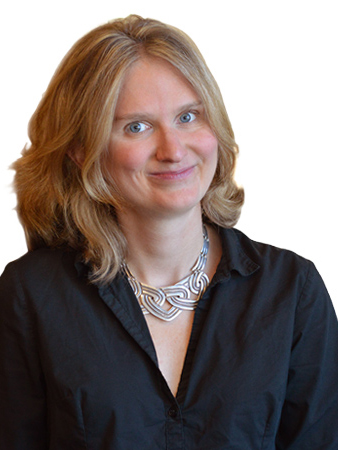 Jess deCourcy Hinds ’00 writes on libraries, love, and life-building for The New York Times and other outlets. She is completing a novel about queer graffiti artists in post-9/11 New York City. Sign up for her free quarterly newsletter, I’m an Open Book, at tinyletter.com/Jess_deCourcy_Hinds.

‘The Library as a Microcosm of the Campus’

A research library is a hub that generates and distributes intellectual currents, associate dean of the faculty Hélène Visentin says.

‘A Setting Worthy of Their Excellence’

‘An Extraordinary Time to Be a Scholar at Smith’

The new Neilson was built for both the production and presentation of knowledge, provost and dean of the faculty Michael Thurston says.

"What will be the economic impact on Qatar from hosting the World Cup? Available data and past experience suggest a decidedly negative outcome is likely," writes Prof. Emeritus Andrew Zimbalist. https://t.co/7Bm9Bz1zY1 https://t.co/aS2xVnF5bH

The new Neilson Library has won the "Health and Wellness" award at the 2022 BE+ Green Building Showcase. https://t.co/Iq1AF7HOug