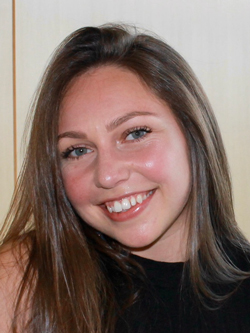 Sarah Stapleton graduated from Smith in May 2021 with a double major in sociology and psychology and a concentration in community engagement and social change. As a dual-sport athlete, Stapleton was a four-year leader on the track and field team and for three years on the soccer team, serving as captain her final year. She served as vice president of the Student Government Association, participated in Smith’s inaugural Leaders for Equity-Centered and Action-Based Design (LEAD) Scholars Program, and was a four-year member of both the Student Athletic Advisory Committee and of the Sports Committee for Inclusion and Diversity. She received numerous awards, including Smith Athletics’ Be Bold Athlete of the Year Award and the Pioneer Inspire Award. Stapleton currently serves as a senior sales adviser at a marketing corporation, as she works toward her New York real estate license and pursues other opportunities in community engagement. Stapleton is a recent graduate trustee and will serve a two-year term on the board. 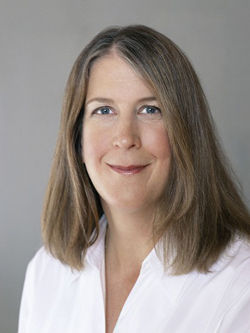 Lisa Black, a 1981 graduate of Smith, retired from Nuveen, a TIAA company, in 2019, after a 32-year career at the firm. During her tenure, she held a variety of positions on the taxable fixed-income team, including research analyst, portfolio manager, head of portfolio management and head of fixed-income trading. Black’s last role at Nuveen was as the chief investment officer and head of the taxable fixed income team. In that position, which she held from 2012 to 2019, Black led a team of more than 90 investment professionals managing more than $235 billion of fixed-income assets. Black earned her master’s degree in business administration at the Ross School of Business at the University of Michigan in May 1987. She graduated from Smith College with a bachelor’s degree in economics. 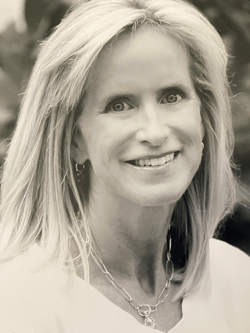 Alicia Carew Hammarskjold graduated from Smith in 1987, earning a degree in economics. She began her career at Morgan Stanley & Co. in the corporate finance department, working in New York and then in Sydney, Australia. In 1992 she earned a master’s degree in business administration with distinction from Harvard University. She then joined McKinsey & Company, serving retail and retail financial services clients focusing primarily on growth strategies. For the past 15 years, Hammarskjold has dedicated her time to early childhood nonprofits and independent K-12 schools. She has served as chair of the Sugar Bowl Ski Team & Academy, the Block Island Club, and Cow Hollow Preschool and on the boards of the Bay Area Discovery Museum, Katherine Delmar Burke School, Cathedral School for Boys and Menlo School. She was also a trustee of the San Francisco Ballet. 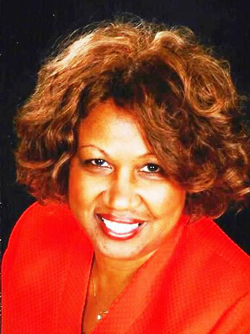 Peggie Ward Koon is a strategist, consultant, coach and author. The founder and former CEO of Leading Change, LLC, she is former vice president of audience at Chronicle Media, Morris Publishing Group, Augusta, Georgia. Koon’s experience utilizing emerging technologies and automation to lead change spans four decades and is the basis for her book, “Leading Change, A Practical Guide for Change Agents”; she also is the author of more than 40 published technical articles and papers. In 2014, Koon became the first Black and second female president of the International Society of Automation, and in 2015 she chaired the Automation Federation. Koon received her undergraduate degree in mathematics from Smith in 1974, then continued her study of mathematics and information technology at the Georgia Institute of Technology. She holds a doctorate degree in management information systems from Kennedy Western University. Koon’s term as president of the Alumnae Association of Smith College begins in July 2021. 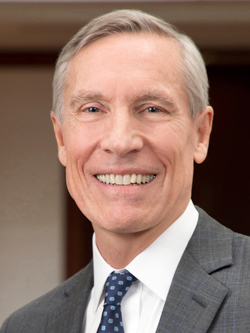 David Oxtoby became president of the American Academy of Arts and Sciences in 2019, after serving as president of Pomona College from 2003 to 2017 and as president-in-residence at the Harvard Graduate School of Education. In 2017, he co-founded the Presidents’ Alliance on Higher Education and Immigration, a coalition of more than 400 college and university presidents. Previously, he served as dean of the Division of Physical Sciences and as William Rainey Harper Distinguished Service Professor of Chemistry at the University of Chicago. Oxtoby chaired the board of the Association of American Colleges and Universities, and was president of the Harvard Board of Overseers. The author of more than 160 scientific articles, and of two leading chemistry textbooks, Oxtoby graduated summa cum laude from Harvard College and received his doctoral degree in chemistry from the University of California, Berkeley. 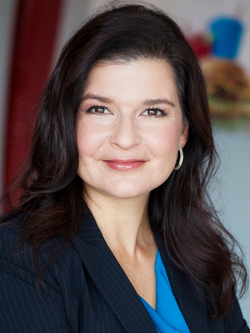 Claudia San Pedro serves as head of the Limited Service Category and president of SONIC Drive-In, part of the Inspire Brands family of restaurants. San Pedro sets the strategic direction for SONIC and is responsible for overseeing the brand’s marketing, operations and supply chain teams. She also is responsible for the growth and success of SONIC’s company-owned restaurants. San Pedro joined SONIC in 2006 as vice president of investor relations and treasurer, and was promoted to executive vice president and chief financial officer in 2015. Before joining SONIC, she was the first female and first Hispanic to serve as director for the Oklahoma Office of State Finance. San Pedro currently serves on the boards of the Greater Oklahoma City Chamber of Commerce, BOK Financial, and the Foundation for Oklahoma City Public Schools. A 1991 graduate of Smith, San Pedro received a master’s degree in business administration from the University of Oklahoma.

A Brief Guide to Commencement 2021

Commencement Weekend will look a little bit different this year, offering a combination of on-campus events for graduating students only, and virtual events for families, friends and community members, as well as seniors who cannot attend in person.