BY Barbara Solow
Rowan Brown ’23 created this collage made from recycled images of people and animals as a final project for last semester's Interacting with Nature project.
How do you take your class on a science field trip when your students are located all over the world?

That’s a question that Marney Pratt, a laboratory instructor in biological sciences, found herself grappling with at the start of the academic year.

The answer she came up with was “Interacting With Nature,” a project for students in her fall “Research in Biodiversity, Ecology and Conservation” course. The semester-long assignment was designed to help students become skillful observers and feel more connected to the natural world—no matter their location.

The idea may have been “born of remote necessity,” says Pratt, but it “ended up having a transformative effect on me and my students.” Class discussions centered not only on how interacting with nature is beneficial to individual wellbeing, she notes, but also about the impact that humans have on their environment.

Students began the semester with a guided meditation that Matilda Cantwell, Smith’s director of religious and spiritual life, recorded for the class. They then kept weekly journals about their interactions with nature, whether during time spent outdoors or through webcams and other digital means.

Students also had to contribute at least one piece of data to a “citizen science” project of their choice—defined as efforts engaging anyone, including non-scientists, in scientific research. (Suggestions included iNaturalist, eBird and Zooniverse.) 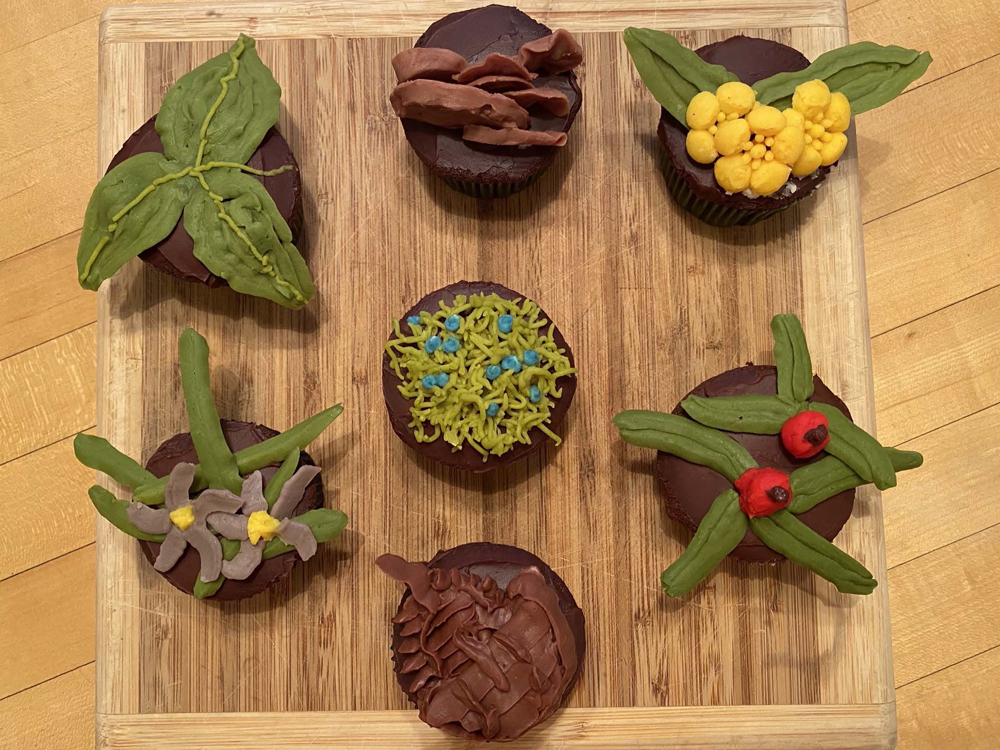 Annie Dobroth ’21 illustrated her experiences interacting with nature in a special cupcake display.

For their final projects, students used poetry, music, painting and video—among other creative tools—to summarize their experiences interacting with nature. “That last day of class was just magical,” says Pratt. “I felt like we all got to know each other better. People really expressed themselves.”

Students approached the work in a variety of ways:

Because of the connections and creativity it inspires, Pratt plans to keep using the Interacting with Nature project this spring, and as the college returns to teaching fully in person. “Not all students in the course are biology majors, but building a stronger connection to nature is something valuable for all,” she says. 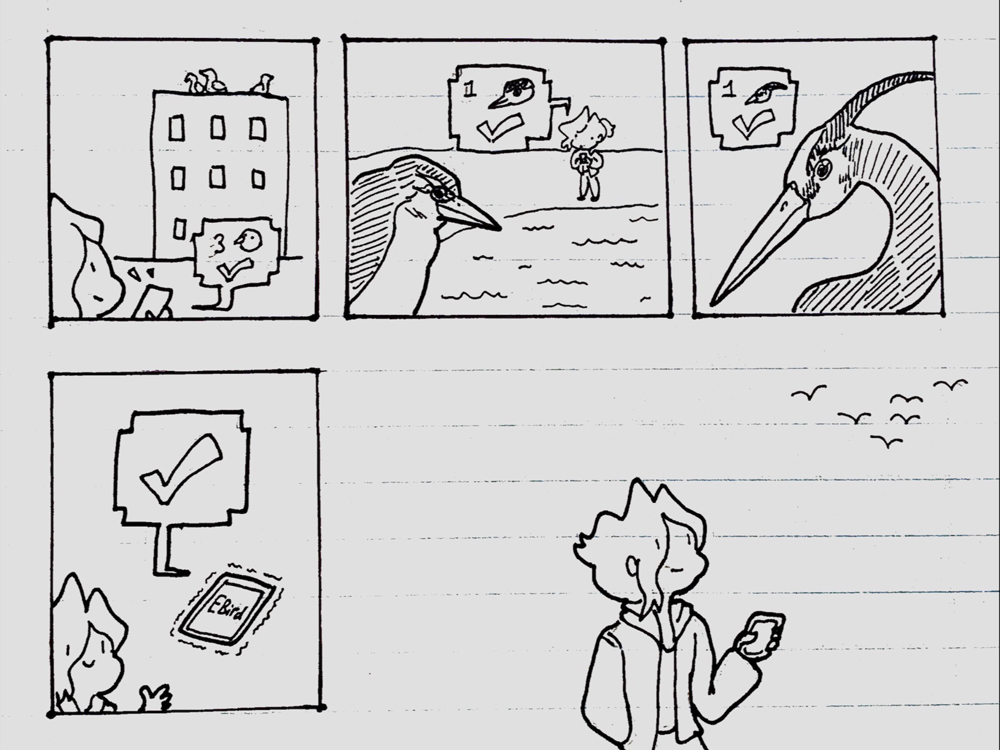 For Anais Jordy ’22, who spent fall semester in Paris, those connections came through the citizen science activities she did for class. While in strict lockdown for much of the semester due to the coronavirus pandemic, Jordy observed animals in sub-Saharan regions online and helped to track their movements.

“This project introduced me to citizen science and how I as an average citizen can contribute to studies that interest me,” Jordy says. “It was exciting to see this collaborative space drawing people from around the world.”

For the final project, Rowan Brown ’23 illustrated connections by creating a collage of a person’s face made from recycled images of people and animals.

“I wanted to do a literal interpretation of people and nature being the same,” says Brown, who is pursuing pre-medical studies at Smith. “I chose to have my central figure looking up because I wanted some part of my project to reflect my hopefulness for the future of the planet. It’s easy to be pessimistic about the environment. I think that hope for a better future is a powerful tool because it inspires action.”

“We are inextricably tied to our natural environment, yet we continue to damage it. The time has come to invest in this precious resource,” writes Simran Sethi ’92 in this essay on nature in a post-pandemic world.

RT @NYCChai: Never been more proud to be a Smith College alum. A great college education should be affordable and accessible to all and Sm…

RT @SteveFainer: Smith has always been generous with financial aid. My daughter was a beneficiary of this support and I am thrilled for cur…