The Smith College Board of Trustees welcomes seven new members who will begin their governance duties on July 1. 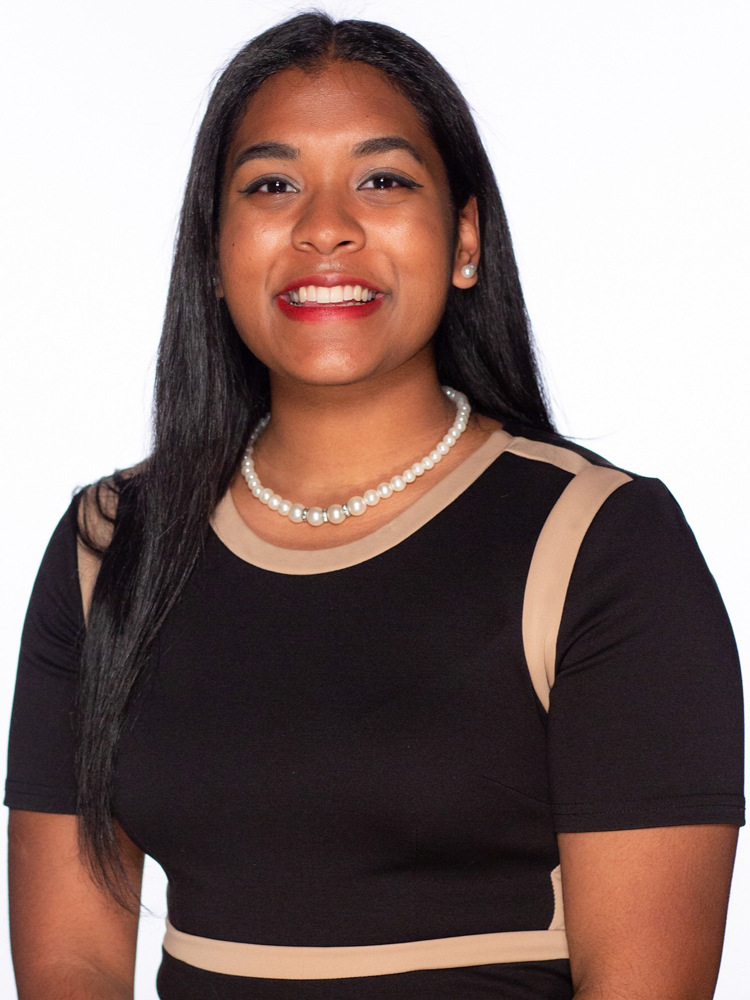 Abigail Edwards ’20 graduated from Smith magna cum laude in May 2020 with a self-designed major in race, health and society. She was elected to the Phi Beta Kappa honor society upon commencement. As a student, Edwards served as president of the Sports Committee for Inclusion and Diversity, co-chaired the Science Center Committee on Diversity, competed as a member of the varsity lacrosse team and was a research assistant in the Vascular Function Research Lab. She received Smith’s Pioneer Impact Award, Smith Athletics’ Beacon Award for Diversity and Inclusion, the Samuel Michelman Memorial Prize and the Sarah Winter Pokora Prize. Edwards will spend the next year working as the postgraduate intern in the Office of Inclusion at the National Collegiate Athletic Association in Indianapolis, Indiana. She then plans to pursue a graduate degree in public health. Edwards is Smith’s second recent graduate trustee, and will serve a two-year term on the board. 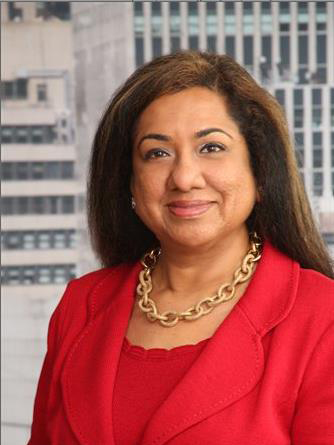 Anu Aiyengar ’91 is the global co-head of mergers and acquisitions at J.P. Morgan, where she leads a team of approximately 200 M&A professionals around the world. Since 1999, Aiyengar has advised both domestic and international clients on approximately $1 trillion in transactions, including mergers, acquisitions, divestitures/separations, leveraged buyouts, proxy contests, unsolicited transactions and special committee assignments. As co-chair of the firm’s Women on the Move network for the investment bank, Aiyengar is involved with initiatives to recruit, mentor and develop opportunities for women across J.P. Morgan and Wall Street. Aiyengar is also actively involved with the Women’s Bond Club, Women Corporate Directors, Dress for Success, Rock the Street Wall Street, Asia Society and Pratham. A frequent speaker and panelist at schools, conferences and professional events, she is also a guest lecturer at Harvard Business School and the University of Chicago, Booth School of Business. She is frequently quoted in the financial press and media. Aiyengar graduated from Smith in 1991. 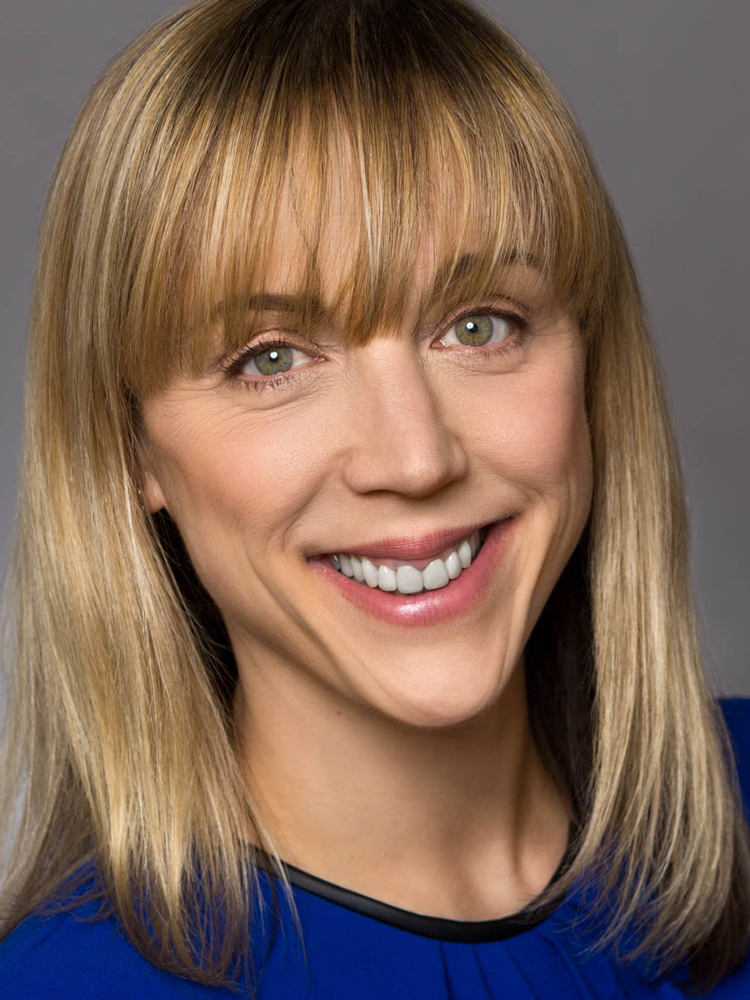 Andrea Auerbach ’91 is a partner and head of the private investment practice at Cambridge Associates LLC, where she leads a 50-person global team that sources and evaluates fund managers as well as direct, secondary and co-investment opportunities worldwide. Over the course of her 20 years at CA, she has overseen the deployment of more than $150 billion into private investments on behalf of her firm’s clients. A career private investor, she regularly co-authors industry research and frequently keynotes conferences. Since 2009, Auerbach has been a faculty member of the ILPA Institute, where she teaches portfolio construction and risk management to private investment professionals and chief investment officers. Before joining CA, she was a senior director at Prudential Insurance in leveraged buyouts. An economics major and studio art minor at Smith, Auerbach was a four-year member of the debate team, wrote for the Sophian and was active in house leadership. A 1991 graduate of Smith, Auerbach also holds a master’s degree in business administration from Harvard University. 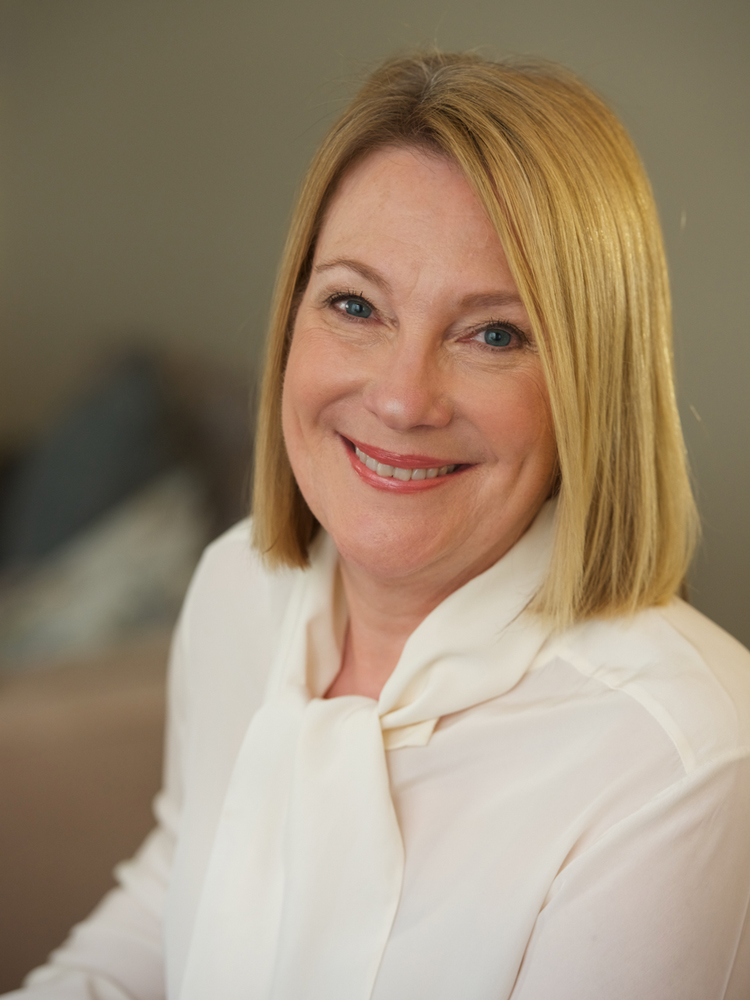 Pamela J. Craig ’79 served in a variety of leadership roles in a 34-year career at Accenture, before retiring in 2013 as the company’s chief financial officer. She currently serves on the boards of Merck & Co., Inc., Progressive Corporation and 3M Corporation. An advisory board member of Spencer Stuart, a global executive search and recruitment firm, Craig is also a member and on the board of the Women’s Forum of New York and is one of the leaders in its Corporate Board Initiative. She also chairs the board of Comprehensive Youth Development, which provides academic and social service support to at-risk students at three public high schools in Manhattan. Craig has been a member of Junior Achievement of New Jersey’s board of directors since 2007. She graduated from Smith with a bachelor’s degree with honors in economics in 1979 and holds a master’s degree in business administration from New York University’s Stern School, where she serves on the board of overseers. 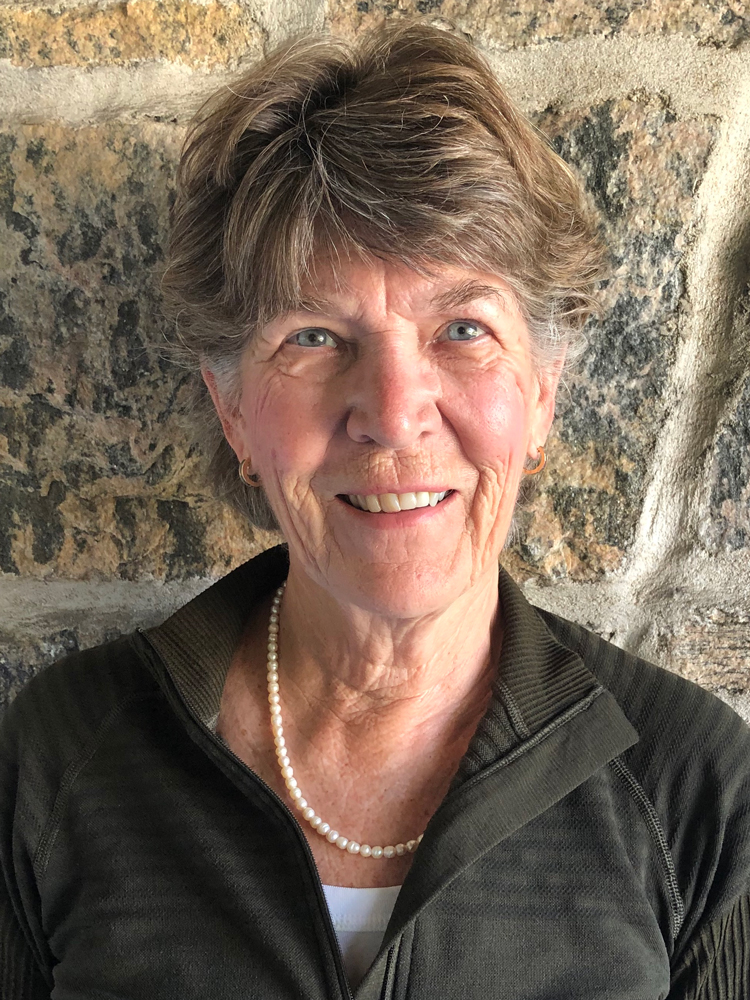 Lile R. Gibbons ’64 describes the four prongs of her adult life as family, community, politics and Smith. Gibbons was elected to the Connecticut General Assembly six times and served for 12 years as a state legislator from Greenwich, retiring as an assistant minority leader in 2013. Before being elected to the General Assembly, Gibbons was active in both local and state education, chairing the Greenwich Board of Education and serving as a member of the Connecticut Board of Higher Education. She also served on numerous nonprofit boards in Greenwich and continues as a board member for Audubon Connecticut. A 1964 graduate of Smith, she remains active with the college: Past president of her local Smith Club, she is also a past director of Smith’s Alumnae Association and served as a panelist at Smith’s Women’s Global Leadership forum in October 2012. She is currently co-chair of the President’s Library Roundtable at Smith. Gibbons is a retired trustee of the John A. Hartford Foundation in New York City and is on the board of the Rasmuson Foundation in Anchorage, Alaska. 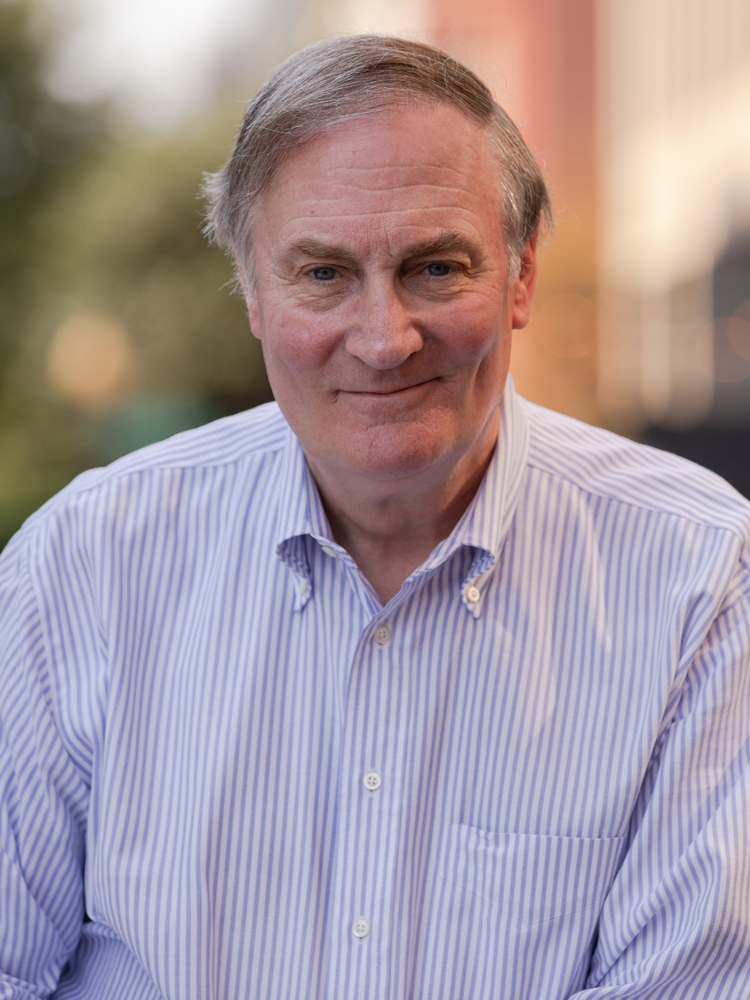 Terry W. Hartle is an effective and experienced advocate for higher education. Senior vice president for government and public affairs at the American Council on Education, he leads the higher education community’s efforts to engage federal legislative and executive branch policymakers on issues including student aid, government regulation and tax policy. As an expert voice on behalf of colleges and universities, he is quoted widely in the media on higher education issues. Prior to joining ACE in 1993, Hartle served for six years as education staff director for the Senate Committee on Labor and Human Resources. Before that, he was director of social policy studies and resident fellow at the American Enterprise Institute, and a research scientist at the Educational Testing Service. Hartle has authored or co-authored numerous articles, books and national studies, and contributes regularly to The Christian Science Monitor. He earned a doctorate in public policy from The George Washington University, a master’s in public administration from the Maxwell School of Citizenship and Public Affairs at Syracuse University and a bachelor’s degree in history (summa cum laude) from Hiram College. He was awarded an honorary doctorate in public laws from Northeastern University. 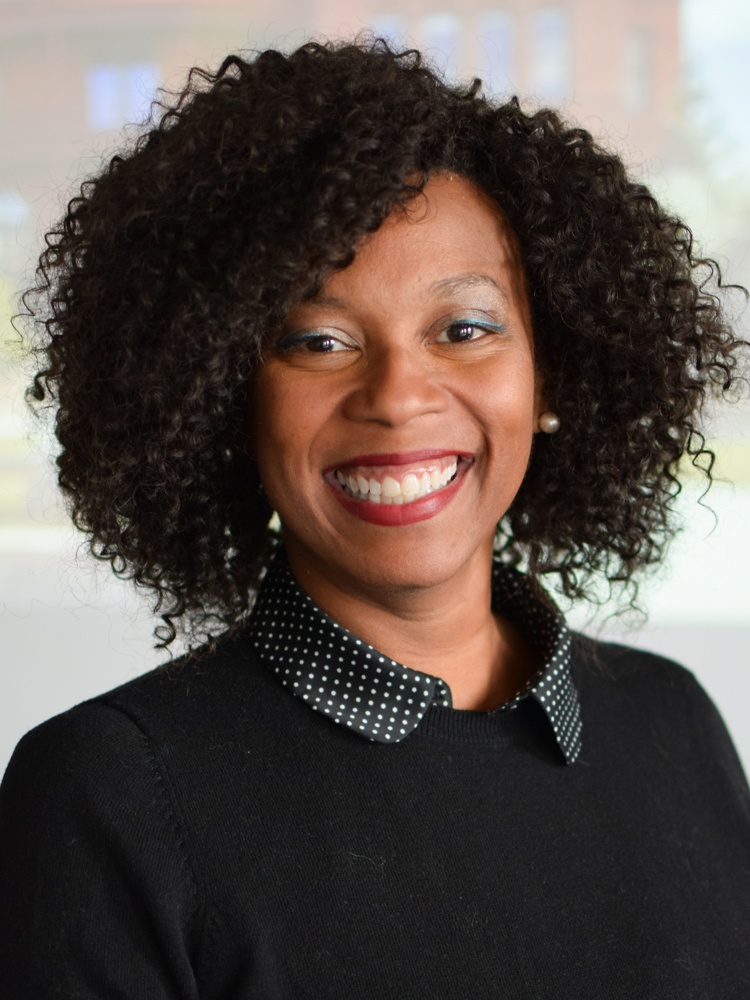 Kimberly A. Scott ’91 is a professor of women and gender studies in the School of Social Transformation at Arizona State University and the founding executive director of ASU’s Center for Gender Equity in Science and Technology. Having successfully secured considerable grant funding to support programs for women and girls of color in STEM, Scott was named as a White House Champion of Change for STEM Access in 2014 by former President Barack Obama. Since 2018, she has been a member of the National Science Foundation STEM Education Advisory Panel. An affiliate faculty member in George Mason University’s Center for Digital Media Innovation and Diversity, Scott was recently appointed to the National Academies of Sciences, Engineering and Medicine’s Committee on Addressing the Underrepresentation of Women of Color in Tech. Scott graduated from Smith in 1991 with a bachelor’s degree in art history and French literature. She holds a master’s degree from Long Island University in curriculum and instruction/elementary education and earned a doctorate in education from Rutgers University in social and philosophical foundations of education. She has also completed the High Potentials Leadership Program at Harvard Business School.