Honoring Three Members of the Class of 2021

Katie McGarry AC ’21 is one of just 62 students chosen to receive a 2020 Truman Scholarship, a competitive national fellowship that supports graduate education and leadership development. McGarry is Smith’s ninth Truman Scholar—the first in 18 years—and only the second Ada Comstock Scholar to receive the award.

Dayln Gillentine ’21 and Marva Tariq ’21 have received Goldwater Scholarships, the highest national honor available to STEM sophomores and juniors who are U.S. citizens. Smith has a proud history of Goldwater Scholars, having graduated 30 between 1991 and 2019.

Smith College President Kathleen McCartney congratulated the new scholars, noting, “The Truman and Goldwater fellowships were established as living memorials to their namesakes, founded to honor and support those who embody the ideals of public service. Like Smith itself, these fellowships continue the work of their founders—enabling, in Sophia Smith’s words, ‘the most good to the greatest number.’ These three students have been engaged citizens, discerning scholars and thoughtful members of our community. I am delighted to see their work recognized with these distinguished awards.”

The awards are also a testament to the many faculty and staff who have supported these scholars—and so many more—during their years at Smith, McCartney added.

Here is more information about this year’s Truman and Goldwater scholars. 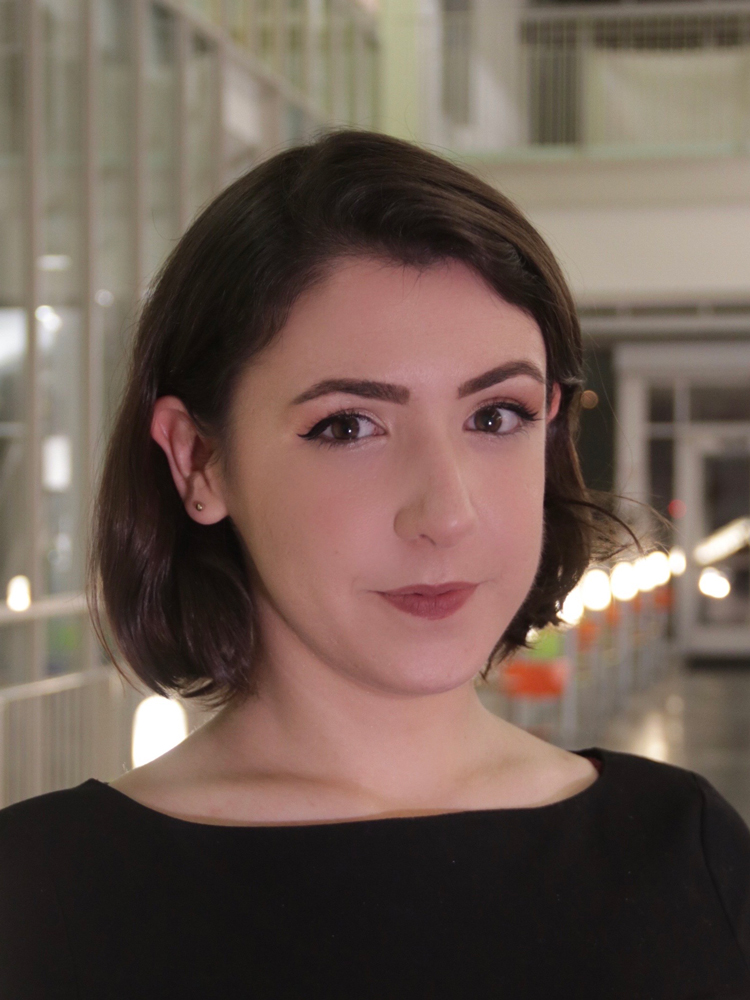 Truman Scholar Katie McGarry ’21 is an Ada Comstock Scholar majoring in government with a concentration in political theory; she is minoring in the study of women and gender. Her experiences attending a wide array of schools fuel her passion for guaranteeing equitable access to educational resources. At Smith, this has taken the form of advocating to eliminate food and housing insecurity for her fellow non-traditional and low-income students. A member of several key college committees, McGarry has interned with the Massachusetts Department of Elementary & Secondary Education with support from a Praxis stipend, and with the state legislature’s Joint Committee on Education. She also has been a Mindich Urban Education Fellow at Curtis Guild Elementary in East Boston. “A well-functioning democracy is predicated on a well-functioning school system,” McGarry wrote in her Truman application. To this end, she plans to pursue a joint J.D./M.A. in education policy, and then devote her career to challenging education resource inequities through the legal system. 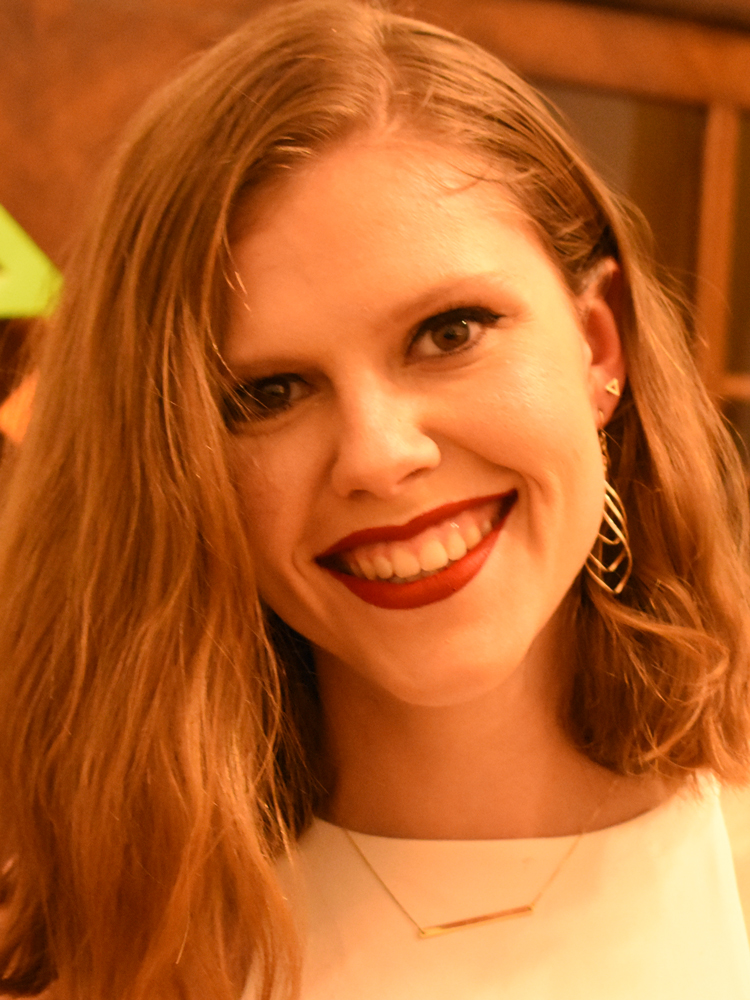 Goldwater Scholar Dayln Gillentine ’21, a mathematics/philosophy double major and Zollman Scholar, began mathematics research at Smith as a STRIDE Scholar with Professor Julianna Tymoczko. Co-author of a publication derived from non-associative algebra research done in Visiting Professor Stefanie Wang’s research group, Gillentine was a student this spring in the Budapest Semester in Mathematics, which offers advanced mathematics study; she now is continuing her advanced mathematics study remotely. Gillentine plans a senior honors thesis on the philosophy of mathematics and intends to take graduate math courses at the University of Massachusetts, Amherst in her senior year, before pursuing a doctorate in mathematics. She then plans a career in academia as a mathematics researcher, teacher and advocate/mentor for making mathematics more accessible to students of all ages. 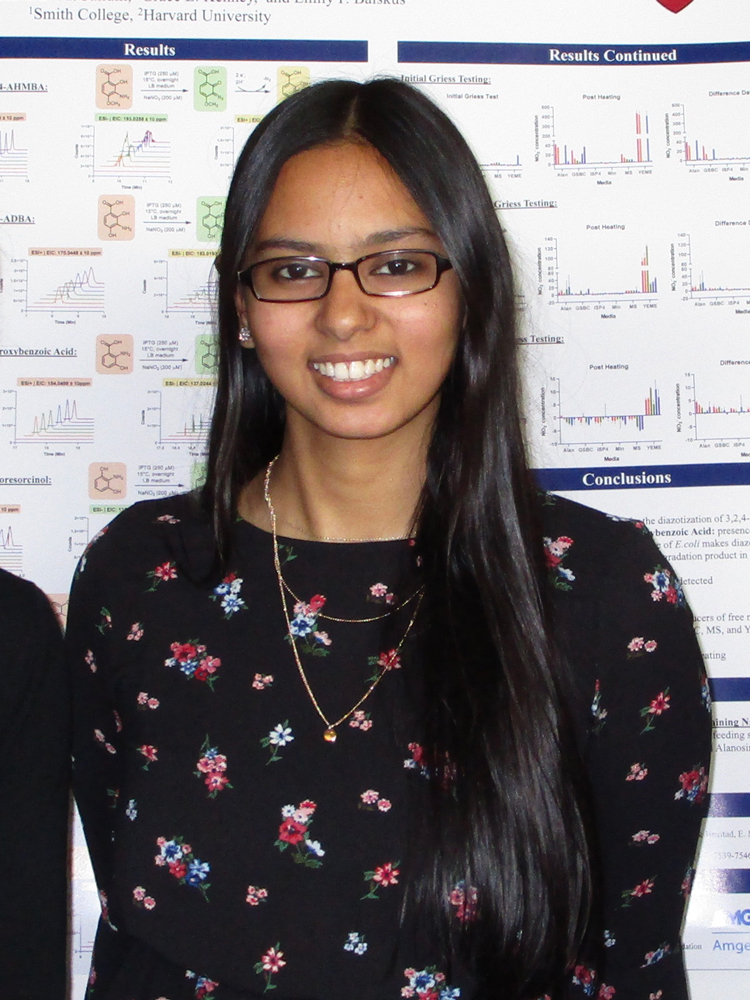 Goldwater Scholar Marva Tariq ’21, a chemistry major, has done research in Professor Kevin Shea's organic chemistry lab since her first year, through a STRIDE scholarship, and will complete her honors thesis (an organic synthesis project) under his supervision. Tariq completed an National Science Foundation REU (Research Experiences for Undergraduates) in computational biology at Professor Tamar Schlick's lab at New York University; that work led to a co-authored publication. During an Amgen Scholarship in Professor Emily Balskus’ lab at Harvard, Tariq explored the use of organic chemistry techniques in addressing biological problems. She has presented her research multiple times, and looks forward to presenting at a national conference in her senior year. Tariq plans to pursue a graduate degree in organic chemistry, and hopes eventually to become a scientist at a national lab, researching organic synthesis and medicinal chemistry.

"What I love so much about this poem is its sense of connectedness," says poet Rick Barot @BarotRick of "Rosaries" by Ishle Yi Park. https://t.co/0X4qOUfxKk https://t.co/pXyxAZJTvc