Reflections on 100 Years of Women’s Suffrage

Picketers from the National Woman's Party are arrested by police in front of the White House East Gate, 1917. Photo courtesy of Library of Congress

Women argued, protested and took to the streets. They were arrested and jailed. Some were beaten. Others risked their reputations, their marriages and their standing in the community. They were talked down to and demeaned. In opposing women’s suffrage, former President Grover Cleveland in 1905 referred to women’s “enduring frailties” and impractical minds.

In the end, after a bitter 72-year struggle, women across America gained the guarantee that states could no longer limit their right to vote. The fight, whose outcome was never assured, ended on August 18, 1920, when the state of Tennessee became the 36th state to ratify the 19th amendment.

The momentous victory, however, would not fully extend to all American women until decades later, when another landmark decision—the Voting Rights Act of 1965—blocked states from discriminating at the ballot box on account of race or color.

In the essays that follow, alumnae and faculty reflect on the impact of 100 years of women’s suffrage—and the issues that remain worth fighting for.

Full civic engagement starts with equality at the ballot box 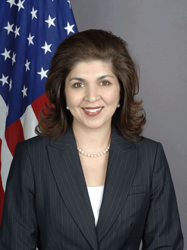 By Farah Pandith ’90   The desire to have the opportunity to make a difference to your community—and the shared global community—through your ideas and actions is a sentiment articulated in every hemisphere I have traveled. Knowing that you matter and that you are counted was always essential, but now, because our global communities are experiencing simultaneous crises, the actions of every single person have increased meaning. Threatened by the COVID-19 virus, nations are seeking new collaborations, understanding and insights. Importantly, our citizens and leaders recognize and benefit from the strength of robust, whole and dynamic communities. The crisis has exposed the power of connected humanity and the weakness of limiting insights, innovation and participation. In order to thrive, to solve human problems, global and national challenges and to rise to our combined human potential, our international society must be at its best. What does it mean to be a whole, productive community in the 21st century? It means women must be a full and equal part of all communities. When limits are put on females, the disruption and negative ripple effects on local and global communities are severe.

During my time in government as a U.S. diplomat, I had the honor of traveling to nearly 100 nations and talking with women of every age group and from a wide variety of cultures, heritages, religions and ethnicities. Whether in New Zealand (the first nation to allow women to vote in 1893) or Saudi Arabia (where women began voting in 2015), the ability to shape policy through their ballot choices was a key priority to the way they thought about their own value, and critically, it made a difference to how they viewed the world. Rather than separated at a distance, women wanted to be in it, with dynamism and action. I was often asked, If women were not executing their own power, how could others see them as powerful? Even in more traditional communities, I saw the impact of women voting. New priorities were put on the policy table, new candidates were emboldened to run for office, and vitally—so vitally—men looked at the women differently.

In the complex world we are navigating today, we see young girls eager to be leaders and active agents of change in science, politics, education and more. This did not happen just because. It happened because they see their mothers, grandmothers and peers taking part in the world. And despite America’s slow progress (we have yet to elect a female president, for example), American activism has helped fuel ideas globally and has increased interest in the power to vote and take action. Voting is an essential right of any community, and women around the world today have gained power in their collective strength. This participation is a flame that is igniting much more. We need global citizens to be as strong as ever. The challenges we face (e.g. climate change, global health, poverty, terrorism) require all of us to be engaged. It starts with a ballot.

Farah Pandith ’90, Smith medalist and author of How We Win: How Cutting-Edge Entrepreneurs, Political Visionaries, Enlightened Business Leaders, and Social Media Mavens Can Defeat the Extremist Threat, served in the George H.W. Bush, George W. Bush, and Barack Obama administrations. She is affiliated with the Belfer Center for Science and International Affairs at Harvard University’s Kennedy School of Government, and the Council on Foreign Relations.

Education is key for young voters 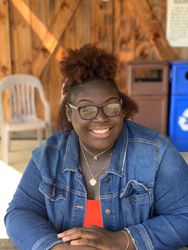 By Rohanna (Ro) Antoine ’21  Voting is a social construct. Not necessarily the act of voting, but the social construction of age and gender influences voter turnout. The social construction of age suggests that elders are wiser because they have more experiences. Therefore, young people may not choose to vote because they may feel like older people are meant to make decisions and could make better decisions due to longer lived experiences. Also, there are plenty of older people in politics, which can make it disheartening for young people. The social construction of gender was showcased explicitly through the women’s suffrage movement; implicitly, women were not seen as capable of participating in politics. Sexism, which includes the idea that the man is supposed to make the decision, is still apparent in society.

Education is an essential part of the formula to dismantle social constructs. Therefore, we need more awareness of voting in schools. Genuinely, some people do not know where to begin with voting; schools often do not teach about its importance and how to do it. If we more schools would give clear instructions and information, we could have higher voter turnout. Overall, there is a prominent need for history that reflects all identities in the United States through books, stories and textbooks, but adding voting and its importance should be on the list.

The vote and working-class women 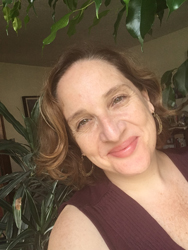 By Jennifer Guglielmo  Many working-class women in the United States organized for the vote to increase their political power; they saw the vote as an important tactic in the fight for livable wages, safe working conditions, shorter hours, an end to workplace harassment and discrimination and greater power in labor unions. Many joined the suffrage movement as a result of activism in the mass-based labor organizing. In the process, they revitalized the  movement and generated  powerful momentum to win  the vote in 1920. Organizers  used a range of successful  tactics from the labor movement, such as street rallies,  protest marches and other forms of civil disobedience that were confrontational and provocative.

Tensions over racism and classism created many divisions in the suffrage movement. Many working-class women saw the vote as an important tool, but they also understood its limitations. The vote also empowered those white women who would use suffrage to strengthen capitalism, white supremacy and colonial and imperial expansion. In the 1920s, millions of white women expressed their new political power by mobilizing in the reinvigorated Ku Klux Klan (KKK), which became one of the largest social movements of that decade. Armed with the vote, many white women worked to exclude working-class immigrant women and all women of color from citizenship rights, including voting.

In practice, the vote continued to exclude women of color. Racist literacy and poll tax requirements, as well as outright violence and intimidation at the polls, prohibited African American women from voting. Most would not be enfranchised until the massive civil rights voter registration drives, culminating in the passage of the 1965 Voting Rights Act. Mexican, Puerto Rican, Asian and Native women faced similar prohibitions, including language discrimination, on their voting rights.

Jennifer Guglielmo is an associate professor of history at Smith.

These essays—and others—appear in the Fall 2020 issue of the Smith Alumnae Quarterly.