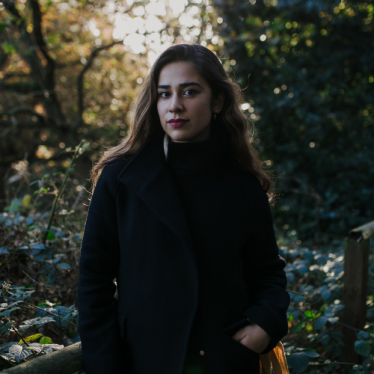 If you could correct one misperception about your major, what would it be?
A very basic one would be that Middle East studies is not just about Arabs or Muslims.

What drew you to your major?
My travel experiences to Iran and Iraq, persecution of Shias in Pakistan, living room discussions on Islam, and my mother’s political commentaries among other things.

What do you see as a potential future dream job or career?
I would say a policymaker, but honestly, any job that requires me to travel in the MENA [Middle East and North Africa] region, allows me to increase my Arabic fluency (and possibly learn Farsi) and lets me put my political critique into better policy recommendations and implementation.

Looking ahead, what's something you'd like to have achieved?
At Smith College, I started a MENA-focused journal/magazine for undergraduates. It was an attempt to create a space for active learning, open dialogue on critical issues, and debunk stereotypes about the region by informed representation. I would like to step it up in the future by having something of the sort but with greater outreach and influence.

What’s one piece of advice you’d like to share about your time at Smith?
It passes very quickly, so don’t skip tea dates with your friends.

Can you describe one moment when a professor was particularly generous?
Starting Fusayfsa’ (my journal/magazine) was a little scary and lonely at times, but Professor Heydemann’s support kept me going. It was, as someone said, my passion project, but sometimes one needs the extra assurance that one will do it successfully. My meetings with Professor Heydemann gave me the strength to make it possible. The best moment was when I visited him in his office for the first time after coming back from my year abroad and saw the covers of the first two issues framed on his wall. It was quite rewarding.

Where is your favorite spot on campus? What do you think is a "hidden gem"?
I have many, but if I had to pick one it would be the lawn patch to the left of the boathouse. It has been my place for reviving motivation and coming up with a plan B (C, D, etc.) for life goals. As for a hidden gem, one has to find it. I can't just tell it like that (clue: one is around Hopkins or maybe it’s all bare now).

What’s your all-time (big or small) favorite Smith memory?
It’s difficult to say one, I have had many introspective walks on the Mill River trail, have fallen into the Paradise Pond, had lots of tea and banter with friends, and soaked in the winter sun on the Chapin Lawn while reading Chekhov's short stories – it has been pure joy. But one memory that gives me warmth is watching Pakistani TV shows in Ramadan with Swaha (my friend) after breaking the fast and eating Bombay Royale’s biryani!

What do you think has been the most “Smithie” thing you’ve done in life so far?
Dyed my hair pink, does that count?! 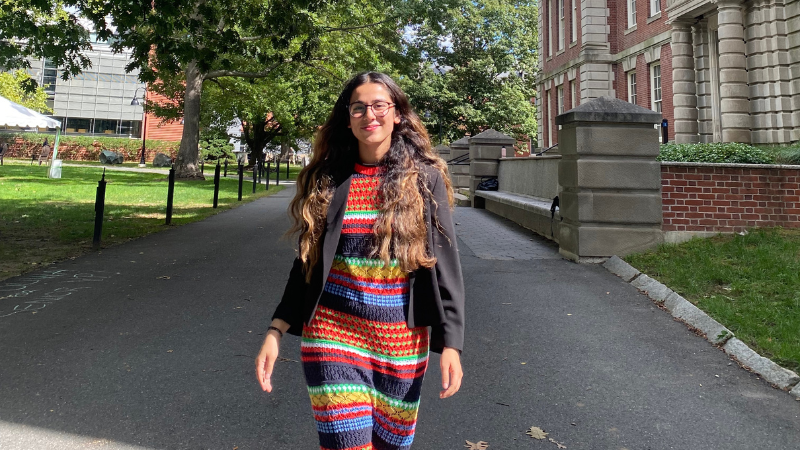