Smith offers theatre enthusiasts extraordinary opportunities both on and off the stage. The theatre program features some 35 courses in acting, directing, design, playwriting, literature, history and dramatic theory. The department presents an adventurous mix of plays from a variety of cultures, periods and genres on its two stages. Off stage, theatre faculty and staff sponsor guest workshops, lectures and presentations by top professional performers, playwrights, technicians and designers. And the Five College theatre program multiplies students’ options in coursework and practical experience.

The theatre department, which has between 30 and 40 majors, is part of the Five College Theatre Department consortium, which mounts numerous theatre productions each season, including musical theatre, opera, and a range of classic, contemporary and original works. The department season consists of four major productions, directed by faculty and students, including a festival of one-act plays; students also participate in writing, acting and directing for the New Play Reading Series. Majors and non-majors are welcome to audition for productions. Studios and laboratory performances initiated, produced and directed by students provide additional opportunities to act, direct, design and stage-manage shows.

Our curriculum reflects the global connections of theatre in the past and present. We offer courses at all levels and in both history/theory as well as performance. Recent courses have included a first-year seminar on contemporary theatre and film in China; Modern European Drama; Staging the Jew, an intensive study of selected plays and films from the U.S., Israel and the Jewish diasporas; Contemporary Canadian Drama; a colloquium on African and Caribbean Theatre; and Shamans, Shapeshifters and the Magic If, which uses an international range of plays including Caryl Churchill, Wole Soyinka, Derek Walcott, Bertolt Brecht, in an examination of theatre as a transformative experience beyond the mundane world.

Theatre Productions From All Over the World

We consider our productions to be the laboratories for our curriculum. We use them to explore in depth the texts and ideas discussed in our classes. Since so many of our classes include playwrights and performance techniques from all parts of the globe, it's not surprising that our plays are as diverse.

Here is a selection of a few productions staged at Smith recently.

Many theatre majors spend a semester or year studying on campuses all over the world, on programs approved for Smith College credit as well as programs that students have chosen for their special curriculum or location. Some programs have a strong curriculum focused on theatre. Others offer only a few related classes that might count for credit towards the major but offer a cultural experience that enriches that student's perspective on the field.

Opportunities range from Smith’s own junior year programs in Paris, Florence and Hamburg to the Smith Associated Kyoto Program in Japan, the University de Puebla in Mexico, the University of Otago in New Zealand, SIT Kenya, Rhodes University and the University of Kwa Zulu Natal in South Africa and the British American Drama Academy in London.

The Major in Theatre

All majors are encouraged to include courses in art and music in their programs as well as dramatic literature in any of the language departments.

Eleven semester courses, at least two of which must be at a 300-level, including

Seperate from study away, no more than eight credits from outside the department (whether at another Smith department or at another of the Five Colleges) can be applied to the major requirements.

The Minor in Theatre

In person attendance is open to Smith and Five College community members in the testing programs. Masks and campus IDs required.

What the Constitution Means to Me
Virtual Screening and Discussion with playwright Heidi Schreck
Thursday, October 7: screening at 7:00 p.m., discussion at 8:30 p.m.
Virtual: Register Here

In person attendance is open to Smith and Five College community members in the testing programs. Masks and campus IDs required.

Anne Waters is a junior in college, reserved, dedicated, and, when it comes to her academic career, stubborn. Nothing can stand in the way of her doing the things she wants, especially singing with her beloved choir. However, once she finds herself dealing with increasingly painful symptoms that her doctors can’t seem to explain, she must figure out how to balance her health with her ambitions, while constantly pushing for a diagnosis that can get her life back on track.

Auditions:
Sunday, March 6 and Monday, March 7, 7-9 PM.
Acting Studio 1, Mendenhall CPA
Please let us know if you are interested but unable to make either date.
Callbacks will be Tuesday, March 8, 7-9 PM.

Performances:
April 28 and 29 at 7:30 PM in Hallie Flanagan Studio Theatre

Casting Breakdown:
6 Actors (actors of all ages will be considered)

Audition Prep:
No appointment necessary. Sides from the script will be available at the audition for cold reads. No preparation necessary. Perusal scripts available upon request.

Mendenhall Tour
Email Nikki Beck if you are interested!

Smith’s theatre department presents an adventurous mix of plays from a variety of cultures, periods and genres. Opportunities are plentiful for students—majors and non-majors—to audition for and participate in productions at Smith and at the other four colleges. 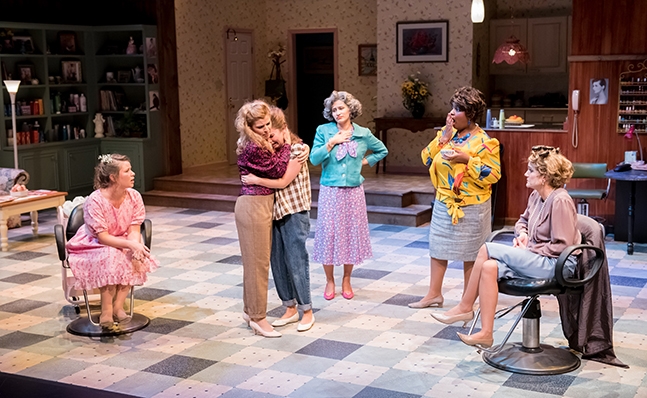 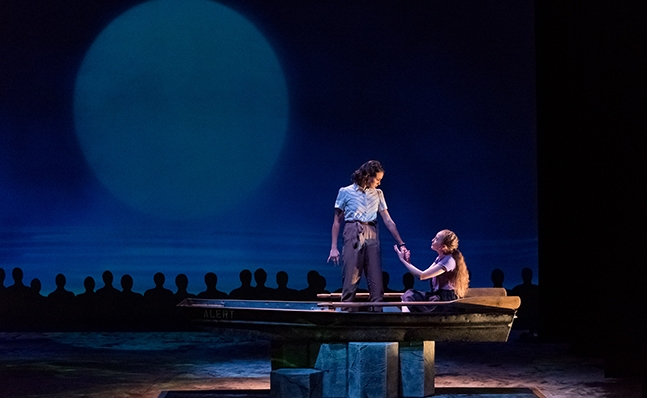 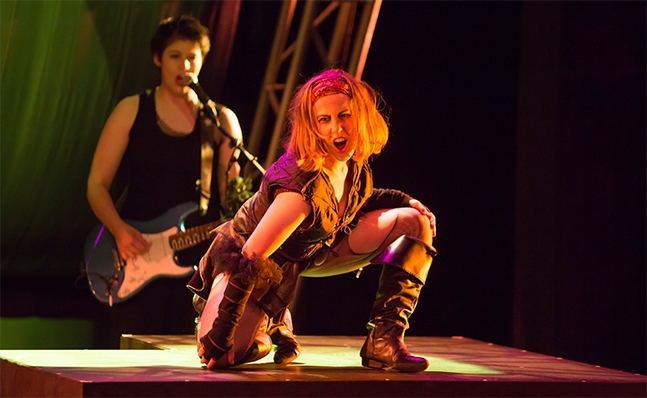 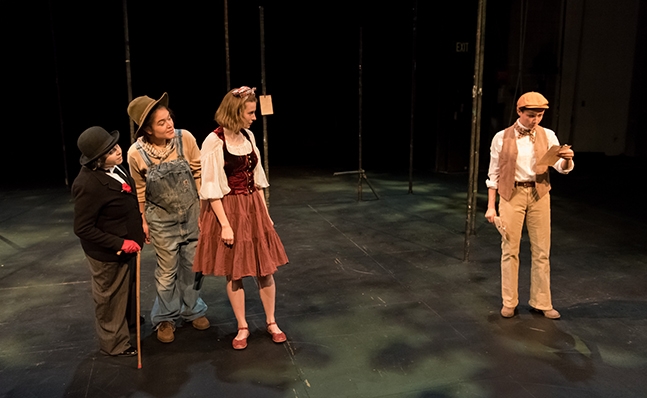 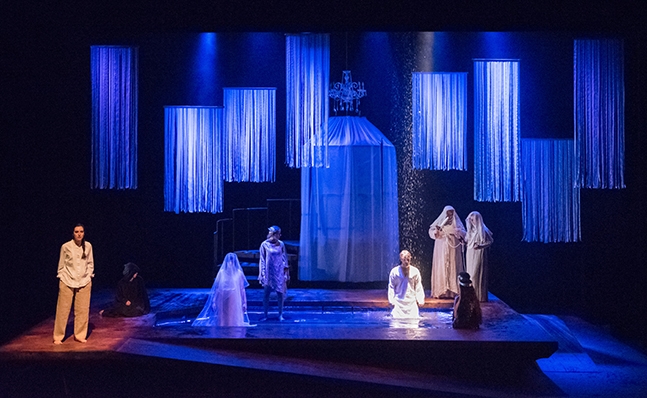 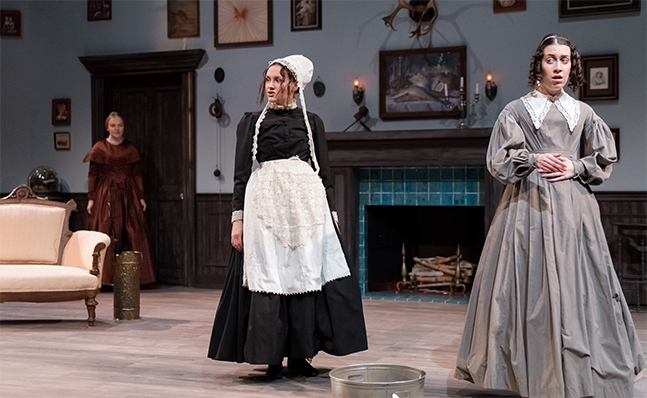 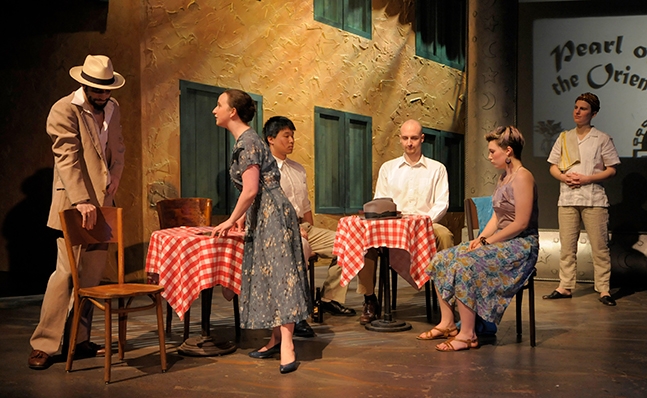 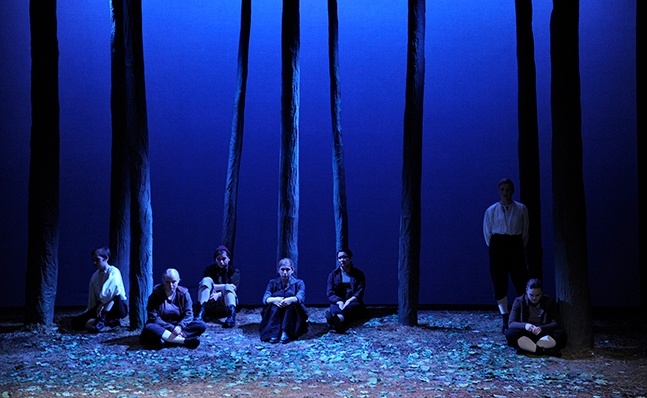 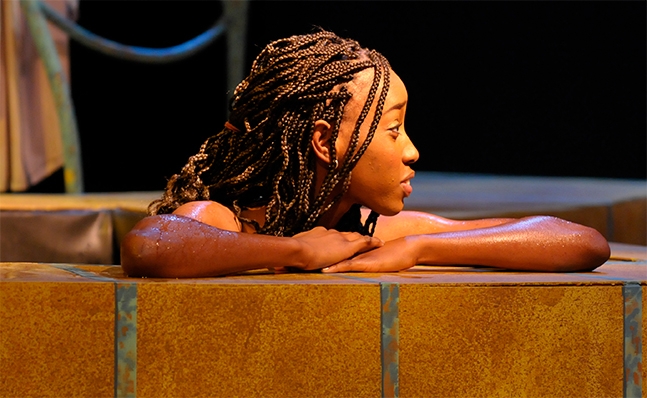 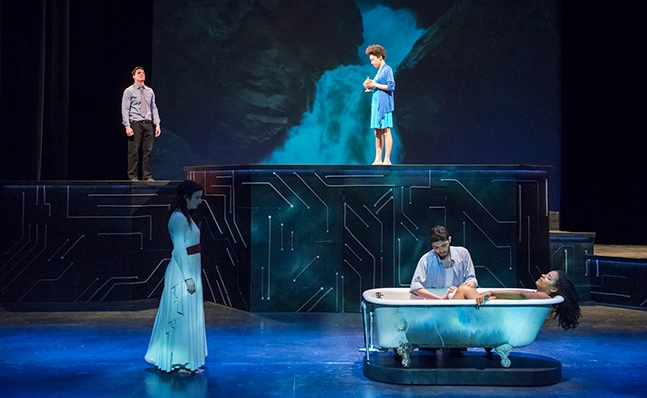 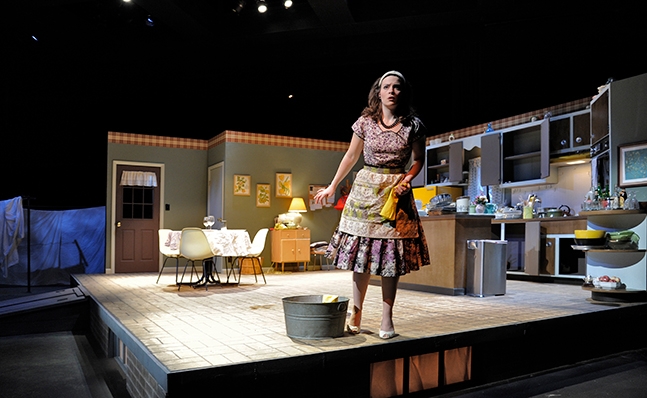 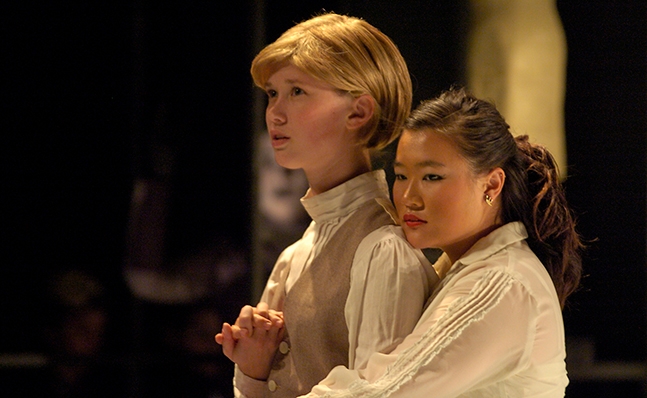 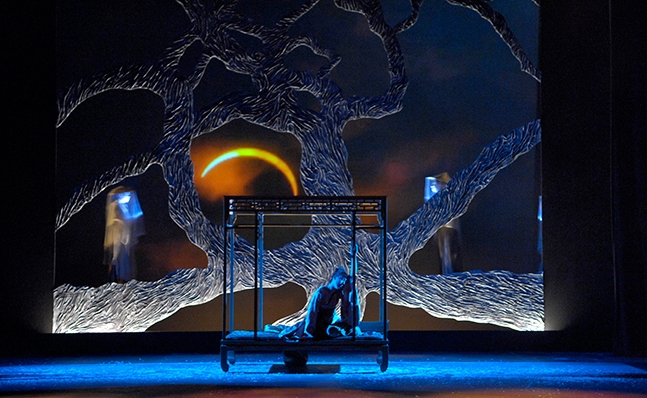 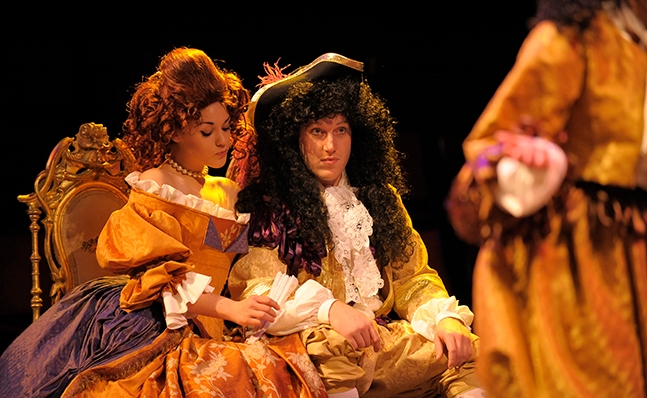 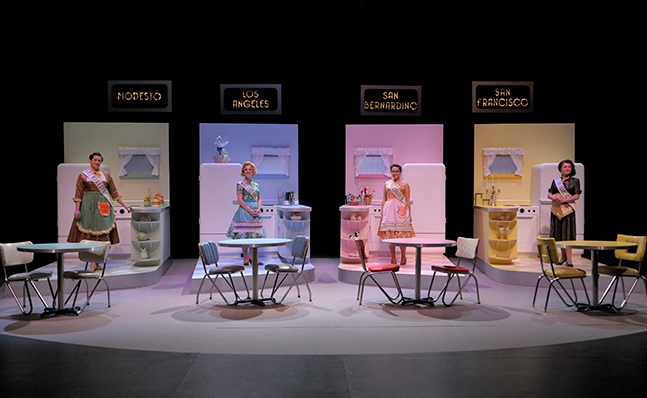 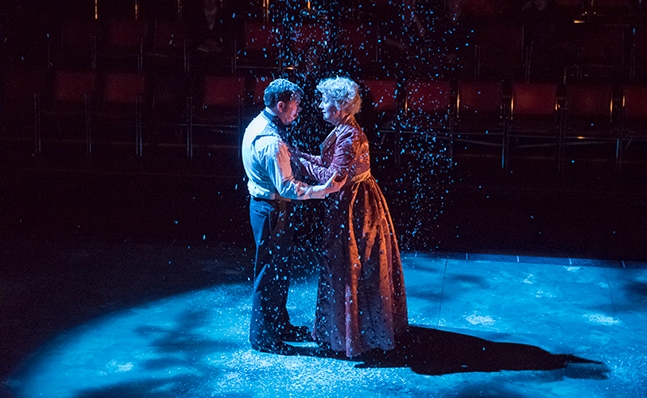 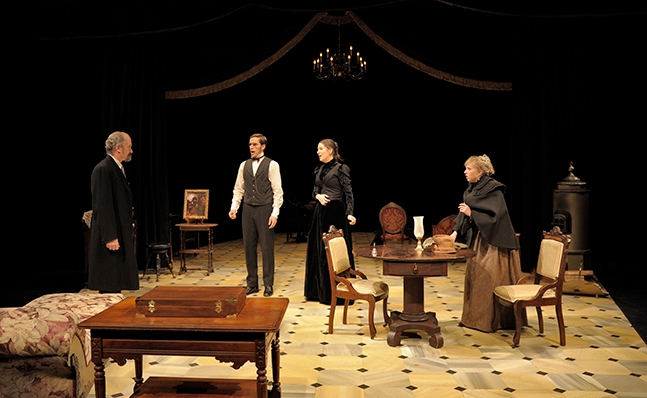 Theatre 14, Smith’s main stage, with seating for 450, has a proscenium stage served by large fly and wing spaces and a hydraulic lift.

Theatre 14, with seating for 450, has a proscenium stage served by large fly and wing spaces and a hydraulic lift.

Hallie Flanagan Studio Theatre is named for Hallie Flanagan Davis, director of theatre at Smith from 1942 to 1955 and famed for her innovations in dramatic production.

Mendenhall Center for the Performing Arts was designed in 1961 by architect Helge Westermann, who at the time had just completed work on the Juilliard School of Music at Lincoln Center.

The costume staff and shop in Mendenhall Center support the theatre and dance departments. Smith is home to a museum-quality collection of women’s clothing and accessories from 1800 to the present.

Werner Josten Performing Arts Library is home to an extensive collection of texts, scripts, scores and recordings. Listening rooms and stations are available for student use.

The MFA in Playwriting

The Master of Fine Arts in Playwriting program, offered by the Department of Theatre, is a unique opportunity for writers to work collaboratively with designers, performers, directors and other writers.

THE MFA IN PLAYWRITING 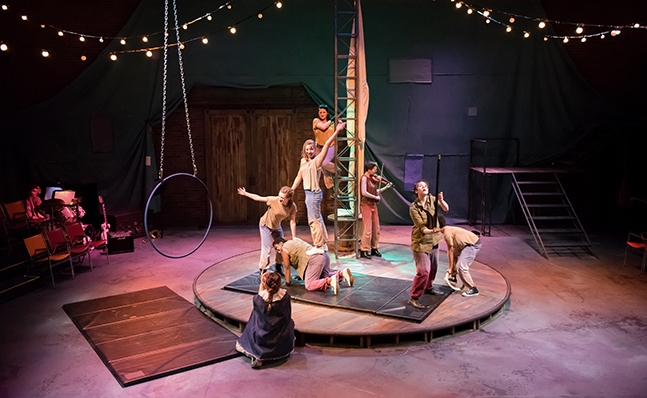