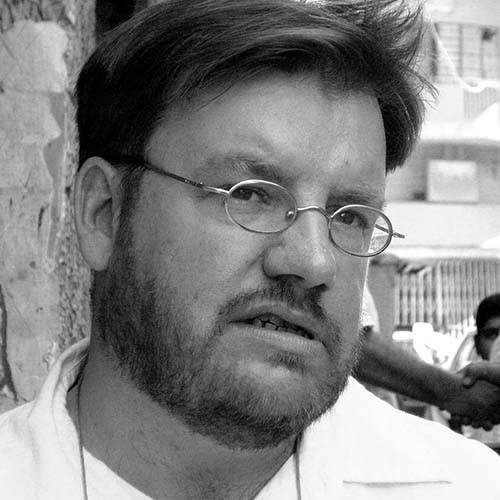 Sinan Antoon is a poet, novelist, filmmaker and translator. He studied English literature at Baghdad University before coming to the United States after the 1991 Gulf War. He did his graduate studies at Georgetown and at Harvard where he is a PhD candidate in Arabic literature. His poems and articles (in Arabic and English) have appeared in The Nation, an-Nahar, as-Safir, Masharef, al-Adab, Middle East Report, al-Ahram Weekly and Banipal. He has published a collection of poems entitled Mawshur Muballal bil-Huroob (A Prism; Wet with Wars, Mirit Books, Cairo) and a novel I`jam (Diacritics) (Dar al-Adab, Beirut), and a selection of his work appears in the anthology Iraqi Poetry Today.

Antoon returned to Iraq in 2003 as a member of InCounter Productions to film a documentary about the lives of Iraqis in a post-Saddam occupied Iraq. He is a senior editor with the Arab Studies Journal, a member of Pen America and a contributing editor to Banipal. His translations of modern Arabic poetry have appeared in two anthologies of Mahmud Darwish’s poetry (The Adam of Two Edens) and (Unfortunately It Was Paradise) published by Syracuse and Berkeley and in various journals including Banipal and The Nation. A recipient of a Mellon Doctoral Dissertation Grant (2002), Antoon currently teaches Arabic and Arabic literature at Dartmouth College and is finishing his dissertation, “The Poetics of the Obscene,” on the 4th/10th century poet Ibn al-Hajjaj.

from IRAQI POETRY TODAY (Zephyr Press, 2003) Translated from the Arabic by the poet

A Prism: Wet with Wars

another evening climbs
the city’s candles
technological hoofs crush the night
a people is being slaughtered across short waves:
but local radio vomits raw statements
and urges us to
applaud

before we weave an autumn for tyrants
we must cross this galaxy of barbed wires
and keep on repeating
HAPPY NEW WAR!

from IRAQI POETRY TODAY (Zephyr Press, 2003) Translated from the Arabic by the poet

To an Iraqi infant

do you know
that your mother’s nipples
are dry bones?
that her breasts
are bursting
with depleted uranium?

do you know
that the womb’s window
overlooks
a confiscated land?

do you know
that your tomorrow
has no tomorrow?
that your blood
is the ink
of new maps?

do you know
that your mother is weaving
the slowness of her moments
into an elegy?
And she is already
mourning you?

don’t be shy!
your funeral is over
the tears are dry
everyone’s gone

come forward!
it’s only a short way
don’t be late
your grave is looking
at its watch!

don’t be afraid!
We’ll arrange your bones
which ever way you want
and leave your skull
like a flower
on top

come forward!
your many friends await
there are more every day
. . .
your ghosts
will play together

Translated from the Iraqi by the poet