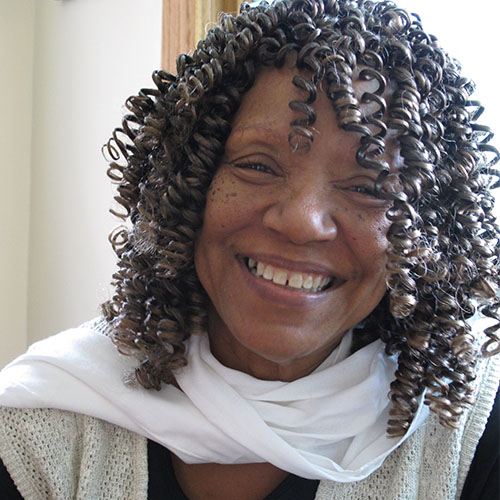 Nancy Morejón is the best known and most widely translated woman poet of post-revolutionary Cuba. Born in 1944 in Havana to a militant dock worker and a trade-unionist seamstress, Morejón graduated from Havana University, where she majored in French, and the first black woman poet to publish widely and be accepted as a professional writer, critic, and translator. Morejón is recipient of the Critic’s Prize (1986) and Cuba’s National Prize for Literature (2001). She has collaborated with prominent musicians, playwrights, and actors, and recently extended her artistic talents into the visual arts. Currently, she directs the Caribbean Studies Center at Casa de las Américas, Havana, epicenter of Cuban and Latin American intelligentsia.

Morejón’s work addresses contemporary issues of ethnicity, gender, history, politics, and Afro-Cuban identity. Her poems stand as vibrant reflections on the intermingling of Spanish and African cultures in Cuba, what it means to be a child of both traditions, and how the bright threads of this heritage are part of the greater web of the African experience in the Americas.

This “brief combustion” has resulted in a poetry of quick fire and steadily burning flame, and, as poet Jayne Corte writes, “lyrical, compassionate, complex, and dazzling in their subtleties.”

Morejón’s reading here at Smith celebrates the recent publication of Looking Within / Mirar adentro, a panoramic anthology representing 46 years and ten volumes of her work, selected and introduced by the distinguished Uruguayan scholar Juanamaría Cordones-Cook. Associate professor at University of Missouri, Columbia, Cordones-Cook accompanies Morejón on this book tour and will read the English translations and provide cultural and historical context for the work.

My body summons the flame.

My body summons the smoke.

My body in disaster

My body beside the cathedrals.

My body up in the coral.

The breezes of my sea mist.

Fire upon my waters.

Waters irreversible
in the blues of the earth.

My body in full moon.

My body on a feather.

My body to sacrifice

My body in shadows.

My body in full sun.

My body, weightless, in the light,
your light, free, in the arch.

I Love My Master

I love my master.
I gather firewood to light his daily fire.
I love his clear eyes.
Tame as any lamb,
I scatter drops of honey on his ears.
I love his hands
which laid me down on a bed of grass:
My master bites, subjugates.
He tells me secret stories while
I fan his whole body, full of sores and bullet wounds,
of days in the sun and plunderous war.
I love his feet, which buccaneered and wandered round
in foreign lands.
I massage them with the finest powders,
which I found one morning
while leaving the tobacco field.
He strummed his guitar and from his throat came
sonorous verses, as if born from the throat of Manrique.

I wished I had heard a marímbula play.
I love his delicate red mouth,
from which spill words
that I cannot quite decipher
yet. My tongue for him is no longer his own.

And the silk of time in tatters.

Hearing the old field guards talking, I learned
that my love
gives lashings in the cauldrons of the sugar mill,
steaming like some Hell, the Hell of that Lord God
he used to talk to me about unendingly.
What could he tell me?
Why am I living in a lodging perfect for a bat?
Why must I serve him?
Where could he go in his splendid carriage,
drawn by horses happier than I?
My love is like the weeds that cover the dowry,
the only possession he cannot take from me.

this muslin robe he has imposed on me;
these vain lace dresses he forced on me without pity;
these chores of mine in the sunflowerless afternoon;
this baroquely hostile tongue I can’t get between my teeth;
these stone breasts that can’t even suckle him;
this womb, raked by his immemorial lashings;
this accursed heart.

I love my master, but every night
when I cross the flowery pathway to the cane fields
where we have surreptitiously made love,
I can see myself with knife in hand, butchering him like
innocent cattle.

Deafening drumbeats no longer let me
hear neither his sorrows, nor his complaints.
The tolling bells call me.

Cold penetrates our feet
and the rose’s urgency
moves us, being born.
We are in a large dam
and the papers of the universe
whirl before those
flame tree leaves
that shade us in summer.
Lovers, struck by sun,
fling themselves
to the floor of a boat,
breathing with valves
moistened by sea wind
from the South.
A timid breeze appears
and our ear, it laughs for eternity.