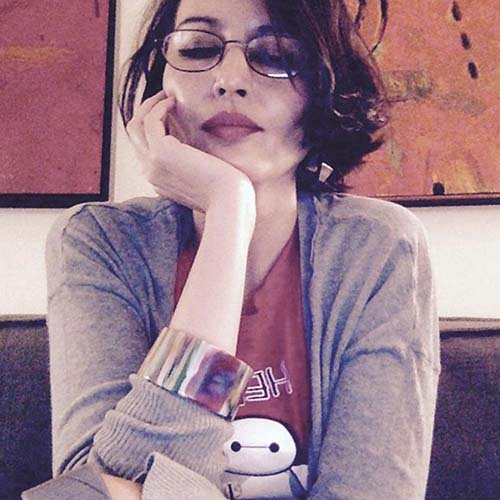 In her poem “38,” Layli Long Soldier notes, “‘Real’ poems do not ‘really’ require words.” But her worded poems are no less real for the writing of them; Long Soldier’s words are a knife, a needle, a lock, a pick. Her tremendous first book WHEREAS (Graywolf Press, 2017) interrogates and demands justice for the past, present, and future of Native people in America; Long Soldier takes care to avoid nostalgia, grounding her poems instead in the lived realities of being a Native person in a country whose ruling forces do their best to avoid taking responsibility for a legacy of genocide. The central project of WHEREAS is a response to the United States’ official apology to the Native people of America, a document signed by President Obama in 2009 to little fanfare. Long Soldier’s thoughtful use of white space on the page brings a visual real-ness to her poems: the poems are the words, and the lack of them. The poems are what’s said, and what isn’t.

Long Soldier is the author of the chapbook Chromosomory (2010). WHEREAS was a finalist for the National Book Award in 2017, was shortlisted for the Griffin Poetry Prize, and won the National Book Critics Circle Award in Poetry and the PEN/Jean Stein Book Award. Long Soldier is also the recipient of a Lannan Literary Award and a Whiting Award, as well as a National Artist Fellowship from the Native Arts and Cultures Foundation. She lives in Santa Fe, New Mexico.

This drive along the road the bend the banks behind the wheel I am called Mommy. My name is Mommy on these drives the sand and brush the end of winter we pass. You in the rearview double buckled back center my love. Your mother’s mouth has a roof your mother’s mouth is a church. A hut in a field lone standing. The thatched roof has caught spark what flew from walls the spark apart from rock from stable meaning.        Large car steady at the curve palest light driest day a field of rocks we are not poor sealed in windows. You hum in the back. I do not know what to say how far to go the winter near dead as we drive you do not understand word for word the word for you is little. But you hear how it feels always. The music plays you swing your feet. And I see it I Mommy the edge but do not point do not say look as we pass the heads gold and blowing these dry grasses eaten in fear by man and horses.

In the brain I met someone educated. I spoke to this person who is educated. In the brain I spoke about unbrained things hormones and children nursing and nights without a child in the bed. Sleeping. I spoke about sleeping and in the brain I left our conversation. I went home to undress my things hormones and children and night. In the blue and undressing bed I thought of Jacob or who was it that slept with a rock as a pillow? Things I’ve learned in passing he laid his head on a rock at night and perhaps he would never dismiss the educated. So I think about education that that’s as far / then muse the rock. Was it speckled or black, rounded or granite, saw-toothed. Does the padding of hair scalp skin and blood rested upon a rock, pulse? Surely. I feel sad for the blood bruised scalp but not for the man who was it. So much I don’t know I have burned myself into a bed corner, lights out. Badly brainished.