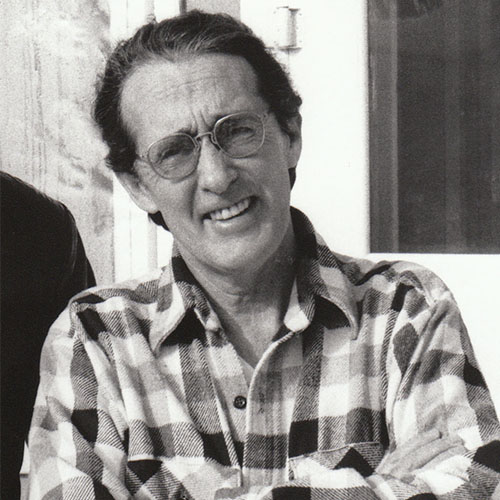 Distinguished poet and essayist John Haines is the author of more than ten collections of poetry. His recent works include At The End Of This Summer: Poems 1948-1954 (Copper Canyon Press, 1997); Owl In The Mask Of The Dreamer (1993); and New Poems 1980-88 (1990), for which he received both the Lenore Marshall Poetry Prize and the Western States Book Award. He has also published a book of essays entitled Fables And Distances: New And Selected Essays (1996), and a memoir, The Stars, The Snow, The Fire: Twenty-five Years In The Northern Wilderness (1989).

John Haines has taught at Ohio University, George Washington University, and the University of Cincinnati. Named a Fellow by The Academy of American Poets in 1997, his other honors include the Alaska Governor’s Award for Excellence in the Arts, two Guggenheim Fellowships, an Amy Lowell Traveling Fellowship, a National Endowment for the Arts Fellowship, and a Lifetime Achievement Award from the Library of Congress.

Haines was born in 1924 in Norfolk, Virginia. He has studied at the National Art School, the American University, and the Hans Hoffmann School of Fine Art. He has spent a total of fifty years in the Alaskan wilderness, which has contributed to his unique narrative voice. He currently lives in Helena, Montana.

I
Of yourself and your beginnings,
these scattered images
say what you are
and what you may become.
Morning and Spring come again
to the island where you live,
always Daphne. Soul of the wind,
there are vines at your throat,
your ear thinned to a shell
that listens to water and the voice
of a sea bird crying in the fog.

II
I know three women that are you:
One keeps track of the silver
in a box of drawers, she loves
the glitter and the falling sound.
Another climbs all day the rooms
in a vacant house: she rocks
at night before a fire, reads
from a large red book, withheld
and alone.
And the third
calls music from a heart of wood.

III
You rise from your sleep
as from a lover gone silent and cold.
You walk in a sunken green light,
stand before your water mirror,
then cut off your hair
I find you, I lose you. You change,
stand fast in a makeshift of shadows;
you leave, and ferry my heart away.
Your voice from its inner distance
saying your poem, your myth,
born from the bark of your tree.

I
Among the quiet people of the frost,
I remember an Eskimo
walking one evening
on the road to Fairbanks.

II
A lamp full of shadows burned
on the table before us;
the light came as though from far off
through the yellow skin of a tent.

III
Thousands of years passed.
People were camped on the bank
of a river, drying fish
in the sun. Women bent over
stretched hides, scraping
in a kind of furry patience.
There were long hints through
the wet autumn grass,
meat piled high in caches –
a red memory against whiteness.

IV
We were away for a long time.
The footsteps of a man walking alone
on the frozen road from Asia
crunched in the darkness
and were gone.

Trees are People and the People are Trees

And there in the crowded commons
three hundred striding people,
gesturing, eating the air,
halted around us, suddenly quiet.
They sprouted leaves and cones,
they wore strange bark for clothing,
and gently lifted their arms.