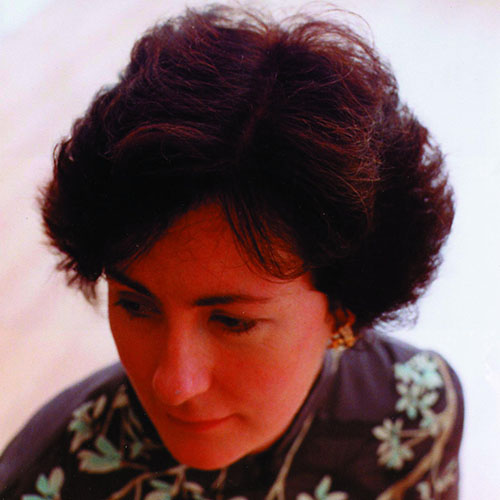 Wales’s first National Poet (2005-2006), Gwyneth Lewis has published six books of poetry in Welsh, her first language, and in English.

Her first collection in English, Parables and Faxes, was praised by Gillian Clarke as “outrageously imaginative, witty, and musical… The poems are funny and bold, surreal and beautiful…A daringly fresh voice that Welsh writing desperately needs.” Her second book in English, Zero Gravity (Bloodaxe, 1997) covered new territory for poetry, its title sequence being part space documentary, part requiem for a sister-in-law. The poem draws on the experience of watching her astronaut cousin repair the Hubble Space Telescope. Joseph Brodsky has called these poems “felicitous, urbane, heartbreaking…(they) form a universe whose planets use language for oxygen and thus are inhabitable.”

The British poet Peter Porter has written that Lewis of her many gifts required for good poetry: “command of form, with improvisation enlivening tradition; supple rhythm; originality of subject matter and the right eye to pin down detail; humor, both sardonic and direct; and, above all, commitment to human feeling.” In addition to poetry, Lewis has written three libretti for the Welsh National Opera.

Lewis studied creative writing at Columbia and Harvard, before receiving a D. Phil. in English from the University of Oxford, having written a thesis on eighteenth century literary forgery. She was made a Harkness Fellow and worked as a freelance journalist in New York for several years, returning to Cardiff to work as a documentary producer and director at BBC Wales, where she won a BAFTA. She is currently a freelance writer, and has been appointed the 2008-2009 Mildred Londa Weisman Fellow at the Radcliff Institute for Advanced Studies at Harvard.

One day, feeling hungry, I swallowed the moon.
It stuck, like a wafer, to the top of my mouth,
dry as an aspirin. It slowly went down,

showing the gills of my vocal cords,
the folded wings in my abdomen,
the horrible twitch of my insect blood.

Lit from inside, I stood alone
(dark to myself) but could see from afar

the brightness of others who had swallowed stars.

I ask for ‘hammer’ but am given ‘spade’,
feel like some ‘tea’ but order ‘orangeade’

by mistake. I specify ‘velvet’ but am given ‘silk’
in a colour I don’t even like

but I take it, pretend. Someone’s cut the string
between each word and its matching thing,

so my mind’s a junk shop of where I’ve been.

After autumn’s fever and its vivid trees,
infected with colour as the light died back,
we’ve settled to greyness: fields behind gauze,

hedges feints in tracing-paper mists,
the sun diminished to a midday moon
and daylight degraded to the monochrome

of puritan weather. This healing cold
holds us to pared-down simplicities.
Now is the worst-case solstice time,

acutest angle of the shortest day,
a time to condemn the frippery of leaves
and know that trees stand deltas to the sky

producing nothing. A time to take your ease
in not knowing, in blankness, in vacuity.
This is the season that has married me.

excerpt of “From Six Poems on Nothing”