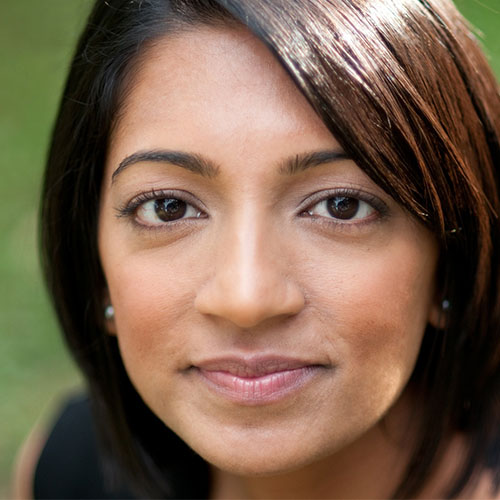 American-born Bangladeshi Dilruba Ahmed‘s impressive debut book of poems, Dhaka Dust, won the 2010 Bakeless Literary Prize awarded by the Bread Loaf Writer’s Conference. It was selected by Arthur Sze, who praised its “rich and luminous weave” of cultural location and perspective. Sensuous language, indelible images, glimpses of transcendence—all these are put to brilliant use in poems of memory, motherhood, the globalized world, and the intimate struggle to feel at home in it.

Quoting Henry James, Eleanor Wilner writes, “‘It’s a complex fate, being an American,’ and Ahmed’s poems bear that out, in her intricate, cadenced chronicle of that complexity. The tensile strength of her sensuous lines, spun of the finest delicacy of perception and feeling, reach across cultures, spanning the distances.” These poems “spin like compass needles crowded around magnetic fields,” notes Vijay Seshadri, “and they’d probably seem as exotic to a citizen or Dhaka as they would to a citizen of Duluth.”

Ahmed’s work has appeared in Cream City Review, New England Review, New Orleans Review, Drunken Boat, and The Normal School, and is included in Indivisible: Contemporary South Asian American Poetry. A writer, editor, and educator with roots in Pennsylvania, Ohio, and Bangladesh, Ahmed holds degrees from the University of Pittsburgh and an MFA from Warren Wilson College.

… Relinquish
your name, your story,
your life. Then sink

to the root of it, anchor
yourself to one water-
darkened rock. Surrender

-excerpt of “Evening in Mendocino”
from DHAKA DUST (Graywolf Press, 2009)

pressing into me. No town of my own,
just this confluence of leaden waters—
Monongahela: slate. Allegheny: bruise.
Bridges lit up in bright spokes of moonstone
seem to point home, but among splinters,
where in each river does the water move?

Map of Another Country

splattered across backs or
calve: the map of another
country. Inkblots marking us

desirous of everything
we can see or touch – persimmons
bursting in alleys, crushed,

slick with their own juices.
Each merchant’s pyramid of
cinnamon, lips laced with sweet

dust – will this craving
choke
or sustain us?

-excerpt, “Map of Another Country”,
from DHAKA DUST (Graywolf Press, 2009)