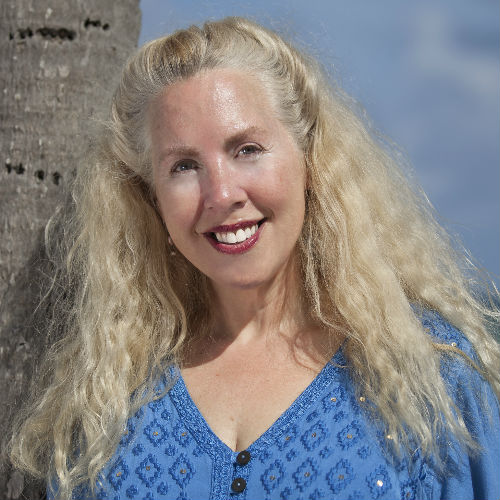 There is both whimsy and violence in Denise Duhamel’s poems, a savage, brutal honesty that holds the reader captive and a dark, but playful humor that lightens the cruel subjects of her work. Elizabeth Alexander said that “Duhamel is not just bold, she is brave, and that is the quality we need desperately in poetry today.” It is exactly bravery that permits Duhamel to write with such candor about domestic violence, rape, birth control, sexually transmitted diseases and death. Her language is at once understatement and skillfully constructed drama.

In one poem she writes “[t]wo days ago I sent off what I owed to the IRS,/ writing “No bombs. We need AIDS research!” on the memo line,” while in another stating that for a cowfrog “desire itself is shameful.” Her range of topics remains as varied and unexpected as her language. But it is her delicacy of exploring the female psyche that leaves her poems reverberating in one’s mind. In “Bulimia”, the speaker considers “[t]he way she must have had everything she wanted/ in the womb, without asking.”

Duhamel has received grants from New York Foundation for the Arts, held residencies at Yaddo and The MacDowell Colony and was a resident poet at Bucknell University.

The perfect voter has a smile but no eyes,
maybe not even a nose or hair on his or her toes,
maybe not even a single sperm cell, ovum, little paramecium.
Politics is a slug copulating in a Poughkeepsie garden.
Politics is a grain of rice stuck in the mouth
of a king. I voted for a clump of cells,
anything to believe in, true as rain, sure as red wheat.
I carried my ballots around like smokes, pondered big questions,
resources and need, stars and planets, prehistoric
languages. I sat on Alice’s mushroom in Central Park,
smoked longingly in the direction of the mayor’s mansion.
Someday I won’t politic anymore, my big heart will stop
loving America and I’ll leave her as easy as a marriage,
splitting our assets, hoping to get the advantage
before the other side yells: Wow! America,
Vespucci’s first name and home of free and brave, Te amo.

Men are legally allowed to have sex with animals,
as long as the animals are female.
Having sexual relations with a male animal
is taboo and punishable by death.

As long as the fish are female
saleswomen in tropical fish stores are allowed to go topless.
Adultery is punishable by death
as long as the betrayed woman uses her bare hands to kill her husband.

Saleswomen in tropical fish stores are allowed to go topless,
but the gynecologist must only look at a woman’s genitals in a mirror.
The woman uses her bare hands to kill her husband,
then his dead genitals must be covered with a brick.

To confirm what happens during sex,
a woman’s mother must be in the room to witness her daughter’s deflowering,
though it is illegal to have sex with a mother and her daughter at the same time.
It is legal to sell condoms from vending machines as long as

a woman’s mother is in the room to witness her daughter’s deflowering.
Men are legally allowed to have sex with animals—
why it’s even legal to sell condoms from vending machines, as long as
everyone’s having sexual relations with a male animal.

“…The use of condoms offers substantial protection, but does not guarantee total protection and that while there is no evidence that deep kissing has resulted in transfer of the virus, no one can say that such transmission would be absolutely impossible.” –The Surgeon General, 1987

I know you won’t mind if I ask you to put this on.
It’s for your protection as well as mine–Wait.
Wait. Here, before we rush into anything
I’ve bought a condom for each one of your fingers. And here–
just a minute–Open up.
I’ll help you put this one on, over your tongue.
I was thinking:
If we leave these two rolled, you can wear them
as patches over your eyes. Partners have been known to cry,
shed tears, bodily fluids, at all this trust, at even the thought
of this closeness.