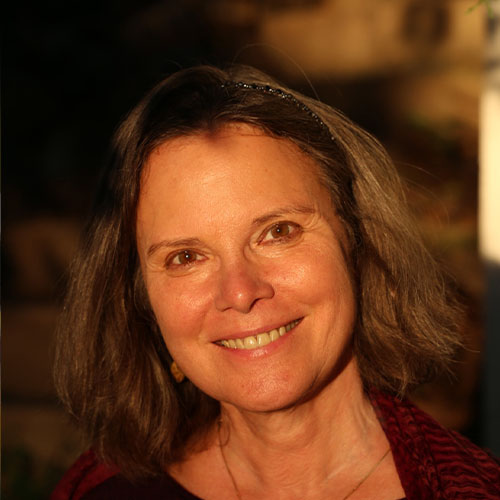 Poet, translator, and activist Carolyn Forché burst on the scene with her stunning collection Gathering the Tribes, winner of the 1976 Yale Series of Younger Poets award. Her subsequent volumes received much acclaim as well: in 1982 the Academy of American Poets chose The Country Between Us as their Lamont Selection, and it won the Poetry Society of America’s Alice Fay di Castagnola Award. Forché calls her latest work, The Angel of History, “the opening of a wound… a gathering of utterances.” The book details the horrors of the 20th century and took 14 years of reflection, and of witness, to compose.

Flowers from the Volcano, published in 1983, is a meticulous and inspired translation of the work of exiled Salvadoran poet Claribel Alegría. Forché has studied Spanish, Russian and Pueblo Indian, with what Stanley Kunitz calls an “avid consumption of languages… listening beyond grammar for the secret texts” so integral to her own work that it seems the earth on which she builds. Her translations include the work of the French surrealist Robert Desnos, as well as Arthur Rimbaud.

A tireless human rights activist, Forché has worked on behalf of Amnesty International, the ACLU, Doctors Without Borders, and the International War Crimes Tribunal. This passion also led to her editing a remarkable anthology, Against Forgetting: Twentieth Century Poetry of Witness, and eloquent commentary for the book El Salvador: Work of Thirty Photographers. She was honored in 1998 with the Edita and Ira Morris Hiroshima Foundation for Peace and Culture Award. A recipient of numerous other prizes and fellowships, including a Guggenheim, a Lannan Literary Fellowship, and three N.E.A. fellowships, Forché teaches in the Fine Arts Program at George Mason University.

Taking Off My Clothes

I take off my shirt, I show you.
I shaved the hair out under my arms.
I roll up my pants, I scraped off the hair
on my legs with a knife, getting white.

My hair is the color of chopped maples.
My eyes dark as beans cooked in the south.
(Coal fields in the moon on torn-up hills)

Skin polished as a Ming bowl
showing its blood cracks, its age, I have hundreds
of names for the snow, for this, all of them quiet.

In the night I come to you and it seems a shame
to waste my deepest shudders on a wall of a man.

You recognize strangers,
think you lived through destruction.
You can’t explain this night, my face, your memory.

You want to know what I know?
Your own hands are lying.

What you have heard is true. I was in his house. His wife carried
a tray of coffee and sugar. His daughter filed her nails, his son went
out for the night. There were daily papers, pet dogs, a pistol
on the cushion beside him. The moon swung bare on its black cord over
the house. On the television was a cop show. It was in English.
Broken bottles were embedded in the walls around the house to
scoop the kneecaps from a man’s legs or cut his hands to lace. On
the windows there were gratings like those in liquor stores. We had
dinner, rack of lamb, good wine, a gold bell was on the table for
calling the maid. The maid brought green mangoes, salt, a type of
bread. I was asked how I enjoyed the country. There was a brief
commercial in Spanish. His wife took everything away. There was
some talk then of how difficult it had become to govern. The parrot
said hello on the terrace. The colonel told it to shut up, and pushed
himself from the table. My friend said to me with his eyes: say
nothing. The colonel returned with a sack used to bring groceries
home. He spilled many human ears on the table. They were like
dried peach halves. There is no other way to say this. He took one
of them in his hands, shook it in our faces, dropped it into a water
glass. It came alive there. I am tired of fooling around he said. As
for the rights of anyone, tell your people they can go fuck them-
selves. He swept the ears to the floor with his arm and held the last
of the wine in the air. Something for your poetry, no? he said. Some
of the ears on the floor caught this scrap of his voice. Some of the
ears on the floor were pressed to the ground.
May 1978

The Testimony of Light

Our life is a fire dampened, or a fire shut up in stone.
–Jacob Boehme, De Incarnatione Verbi

Outside everything visible and invisible a blazing maple.
Daybreak: a seam at the curve of the world. The trousered legs of the women
shimmered.
They held their arms in front of them like ghosts.

The coal bones of the house clinked in a kimono of smoke.
An attention hovered over the dream where the world had been.

For if Hiroshima in the morning, after the bomb has fallen,
is like a dream, one must ask whose dream it is.

Must understand how not to speak would carry it with us.
With bones put into rice bowls.
While the baby crawled over its dead mother seeking milk.

Muga-muchu: without self, without center. Thrown up in the sky by a wind.

From THE ANGEL OF HISTORY (HarperCollins, 1994)