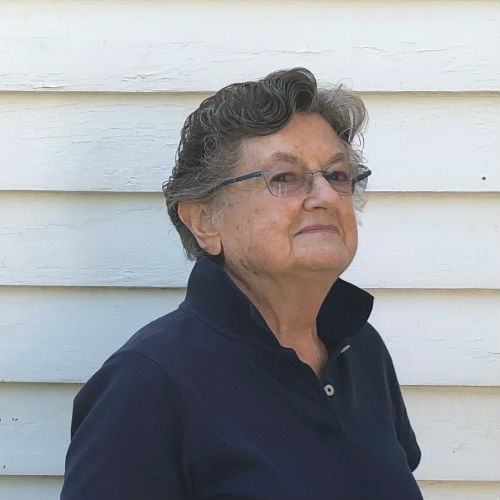 Following her graduation from Smith in 1958, Carol Kner served for many years as managing editor and staff writer at PRINT Magazine. She has studied with Richard Howard, Marie Ponsot, Molly Peacock, and Richard Wilbur. Her poems have appeared in Western Humanities Review, The Paris Review, North American Review, Southwest Review, The Dark Horse and other journals. Her chapbook, Exposure, was published by Toadlily Press. Her first collection, “Falling out of Step,” a portrait of marriage before and after the onset of Parkinson’s disease, is looking for a publisher.

and her Octavian in langorous dis-

array live at the Met,

lays before us, seven central, in all

from first to third as graceful as a farth-

the Yankees in midsummer play.

the lovers—banter and delay, a throng

collecting in the hall: the Baron Ochs

with his jeweled box, rival petitioners

a tenor with a serenade

the field, a hot-dog special and the tense

score first. But in the third A-Rod’s sac fly

chalks up a transient tie

with the silver rose. It seems a kind

of sacrifice, as chancy as a lead-

Now in the sixth the captain hits

to center and Brett Gardner scores. The Yankees

knocks the baron out of play while earnest

as a third-base coach, the chaperone

sits by to keep her charge from stealing home.

and delayed somewhat by one more tenor

the blow-out at the inn where Baron Ochs

strikes out and blusters off. The princess cedes

the field to youth; Octavian gets the win.

position players on the mound. A-Rod’s