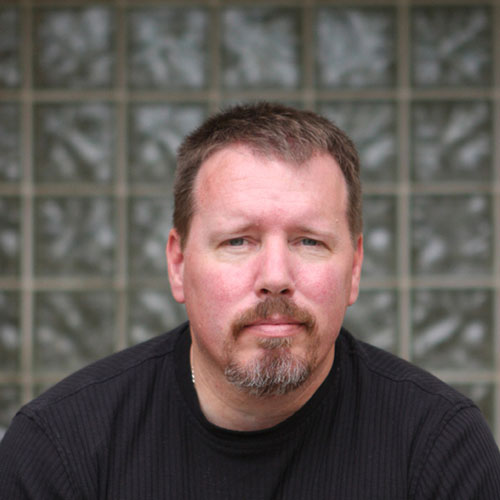 Brian Turner, recently featured on The News Hour with Jim Lehrer, earned an M.F.A from the University of Oregon and lived in South Korea for a year before serving for seven years in the US Army. He was an infantry team leader for a year in Iraq beginning November 2003, with the 3rd Stryker Brigade Combat Team, 2nd Infantry Division. Prior to that, he had been deployed to Bosnia-Herzegovina with the 10th Mountain Division.

His poetry has appeared in many journals, and in the Voices in Wartime Anthology published in conjunction with the feature-length documentary film of the same name. Turner’s first collection, Here, Bullet, published this fall by Alice James Books, is powerfully affecting poetry of witness, exceptional for its beauty, honesty and skill. The New York Times Book Review selected it as an Editor’s Choice, admiring the book for its fierce “attention to the terrors as well as to the beauty of ruins.”

In a New Yorker profile, Turner explained that “when given time to sleep after a mission, I would often use a red lens flashlight (to avoid disturbing other exhausted soldiers) and either work on a poem or write in my journal about the day’s events.” Certainly there is a kind of infra-red vision and a delicately expressed derangement evident in the poems which, as he says, were born of “the struggle to preserve something of value from what seems to be the inexorable pull of loss.”

If a body is what you want,
then here is bone and gristle and flesh.
Here is the clavicle-snapped wish,
the aorta’s opened valves, the leap
thought makes at the synaptic gap.
Here is the adrenaline rush you crave,
that inexorable flight, that insane puncture
into heat and blood. And I dare you to finish
what you’ve started. Because here, Bullet,
here is where I complete the word you bring
hissing through the air, here is where I moan
the barrel’s cold esophagus, triggering
my tongue’s explosives for the rifling I have
inside of me, each twist of the round
spun deeper, because here, Bullet,
here is where the world ends, every time.

In the Leupold Scope

With a 40X60mm spotting scope
I traverse the Halabjah skyline,
scanning rooftops two thousand meters out
to find a woman in sparkling green, standing
among antennas and satellite dishes,
hanging laundry on an invisible line.

She is dressing the dead, clothing them
as they wait in silence, the pigeons circling
as fumestacks billow a noxious black smoke.
She is welcoming them back to the dry earth,
giving them dresses in tangerine and teal,
woven cotton shirts dyed blue.

She waits for them to lean forward
into the breeze, for the wind’s breath
to return the bodies they once had,
women with breasts swollen by milk,
men with shepherd-thin bodies, children
running hard into the horizon’s curving lens.

It happens on a Monday, at 11:20 A.M.
as tower guards eat sandwiches
and seagulls drift by on the Tigris River.
Prisoners tilt their heads to the west
though burlap sacks and duct tape blind them.
The sound reverberates down concertina coils
the way piano wire thrums when given slack.
And it happens like this, on a blue day of sun,
when Private Miller pulls the trigger
to take brass and fire into his mouth:
the sound lifts the birds up off the water,
a mongoose pauses under the orange trees,
and nothing can stop it now, no matter what
blur of motion surrounds him, no matter what voices
crackle over the radio in static confusion,
because if only for this moment the earth is stilled,
and Private Miller has found what low hush there is
down in the eucalyptus shade, there by the river.