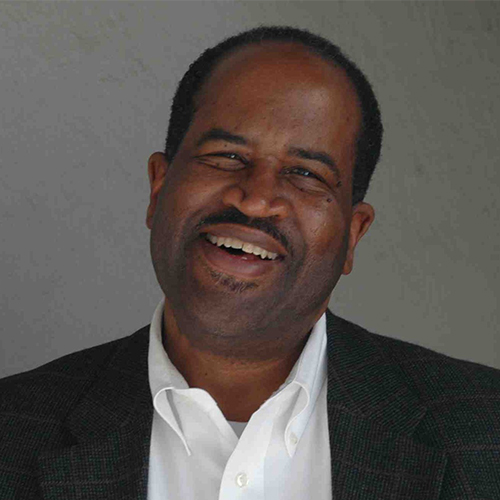 Described by Henry Louis Gates as “one of the most significant poets writing today,” Afaa Michael Weaver is the author of fifteen books of poems that explore the depths and intersections of the personal and the public. The son of a sharecropper, he grew up in working class Baltimore, did a stint in the Army, and spent fifteen years as a factory worker, during which time he wrote intermittently and founded Seventh Son Press and the literary journal Blind Alleys. After 10 years of work on his first book, Weaver released Water Song in 1985, and won an NEA fellowship in the same year. Weaver’s early work was influenced by the Black Arts Movement, and his later poems have been compared by the Los Angeles Review of Books to the “personal, historic, epic, and spiritual” journey of Dante’s Divine Comedy “into the depths of human experience and suffering, and then back up and out.”

Weaver’s many honors include four Pushcart prizes, inclusion in Best American Poetry (2014, 2015), The May Sarton Award, a Pew Fellowship, a Fulbright scholarship to teach at National Taiwan University and Taipei National University of the Arts, and the Gold Friendship Medal from the Beijing Writers’ Association. As a playwright, in addition to an NEA fellowship, he won the PDI award in playwriting from the ETA Creative Arts Foundation in Chicago for his play Elvira and the Lost Prince. Some of his poetry has been translated into Arabic and Chinese, and, having studied at the Taipei Language Institute in Taiwan, Weaver himself has done translation and written poems of his own in Chinese.

The time in Taiwan had a profound effect on Weaver, adding a new layer of reference and angle of mind to his life and his work, which came to full maturity in the highly acclaimed Plum Flower Trilogy: The Plum Flower Dance (Poems 1985-2005), The Government of Nature (winner of the 2014 Kingsley Tufts Award) and City of Eternal Spring (winner of the 2015 Phillis Wheatley Book Award). The trilogy tells of his search for cultural and racial identity, and examines repressed and recovered memories of childhood sexual abuse and the struggles that followed. The first section of The Government of Nature carries an epigraph from the Dao de Jing that describes that book’s­–indeed the trilogy’s–path: “Through the course of Nature / muddy water becomes clear.” In poems he has described as “the embodiment of a lyric investigative light…leading to the interior,” Weaver writes the muddy waters of his past into clarity, into wholeness. Subsequent books include the chapbook A Hard Summation (2014), a suite of poems about the Middle Passage, and Spirit Boxing(2017).

Weaver was the first African American poet to serve as Poet in Residence at Bucknell University’s Stadler Center, and has also taught at NYU, City University of New York, Seton Hall Law School, Rutgers University, the Bread Loaf Writers’ Conference, and he held an Endowed Chair at Simmons College for twenty years. He has been on the faculty at Cave Canem since its inception and in 1998 became Cave Canem’s first Elder. In addition, he’s currently core faculty at the Drew University MFA in Poetry and Translation and a certified teacher of Taijiquan, an ancient Chinese system of health, martial arts, and mental conditioning.

It’s as if you are given the sky to carry,
lift it on your shoulders and take it to lunch,
sit in McDonald’s with it weighing you down,
this business of being black, of staying black
until the darkness of some eternity kisses you.
Birth gives you something other folk thank
God for not having, or else they pray for it,
to have its gift of a body inclined to touch,
inclined to sing. Yet they will not give back
to God the paleness of being able to touch
absolute power. They envy only for so long,
as being black is being bound to danger.

Among us there are masters like Monk,
who understood the left hand stride
on a brick. In his rapturous dance beside
the piano, he was connected to knowing
the scratch and slide of the shoes leaving
the ground, the shoes of the lynched men.
He carried this thing that we are,
as the mystic he was, reveling in its magic,
respectful of its anger, mute and unchanged
as the hate and envy surround us.

One day we learn there is no sky above
this trapped air around the earth.
The sky is but a puff of smoke from
this giant head smoking a Lucky Strike,
pretending not to know the truths.
We learn sometimes in this life,
sometimes in what comes after, where
there is really nothing but everything
we never knew. We learn in silence
the dance Monk knew. We find
secrets for pulling the million arrows
from our souls each time we move
to sleep, to forget that we are both
jewel and jetsam, wanted and unforgiven.

Do not rush to know the difference as that will be a door
too large for those who rush. Take instead the slow touch
of bamboo. Come each morning to the same tree and rub
it slowly the way you would rub a limb of your own.
Know that you may lose it to a surgeon’s knife and touch
every thin line. Feel the color of a single shaft of the thing
the way you would find the smallest places on a finger.
Put your lips against the leaves the way you would kiss
the hair on your own arms. Embrace it with all of you
and promise to keep the farmer’s axe away. Promise to shoo
away the poison air of the cities. Ask the earth to bless
it with children that are bamboo. Come at night and wait
for the bamboo to sing in the wind, wait until the song comes,
until hunger makes you angry. Think of the lines of bamboo,
how they shoot up and then bend with their accomplishment.
This may take more years than you have, or you may press
the bamboo into a heartless fear of its own beauty.
If so, start again, more slowly this time. After each step,
pray for the children who went back into the sea without
enough time to learn the songs of bamboo, or to remember.

From THE GOVERNMENT OF NATURE (University of Pittsburgh Press, 2013)

With my left hand on her shoulder, my right hand
sliding across her back, I take in the smell of horse,
pushing my nose into her hair, rubbing against her
until she leans into me as if she wants to fall asleep
inside the love, stroking and stroking until her coat
has the brightness of new starlight, the morning
sounds of the brood of beagle puppies in the barn,
the calves out in the back pasture trying to nurse.
Up and down the length of her side, one hand
to steady myself, one hand to measure the distance
inside a wish to be one with horse and landscape,
the way the sky feels when I lift my hands, stretch
my arms apart to split the clouds and know a horse
is the fragile piece of God, the one divine bit of flesh
that fell to the earth with us, took on the definite bones
of being mortal to be what we cannot be, strong
where we are weak, weak where we are strong so
we become the one thing when I stretch my hands
over the back of this gray mare and we are saved.