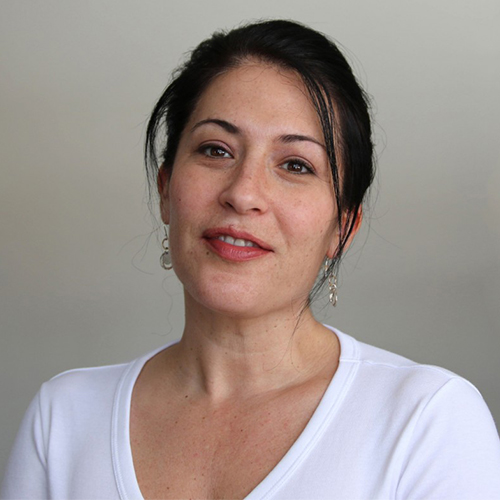 “Here it is,” writes Ada Limón, “the new way of living with the world / inside of us so we cannot lose it, / and we cannot be lost.” Bright Dead Things, the book that houses these lines, serves as the poet’s primer to this rapturous way of living. Its pages are washed in a symphony of dogs, birds, flowers, bugs, grasses—growing and dying creatures of every imaginable kind. We are made to notice the world through the poet’s vivid transformation of it, asking questions as we go about mortality and tenderness by watching a retired police horse or an invisible heron. Perhaps the most lively animal of all is the collection’s speaker, a tough and curious woman who rips up her father’s crop of carrots as readily as she finds shapes in the clouds. Her fierce, heartfelt and contemplative way of reacting to the world has not gone unnoticed. Published in 2015, Bright Dead Things was a finalist for the National Book Award, the Kingsley Tufts Poetry Award and the National Book Critics Circle Award––a staggering trio for one collection.

Originally from Sonoma, California, Ada Limón went on to earn her MFA from NYU. Her first two collections were published almost simultaneously: Lucky Wreck was selected for the 2005 Autumn House Poetry Prize by Jean Valentine and This Big Fake World for the 2005 Pearl Editions Poetry Prize by Frank X. Gaspar. Her third collection, Sharks in the Rivers, was released by Milkweed Editions in 2010. Now the author of five books of poetry, Limón’s work has also appeared in publications such as The New Yorker, The New York Times, Tin House and American Poetry Review. Her work is often noted for its spirit of exploration: poet Matthew Zapruder describes her as a writer who “picks things up, puts them down, daydreams, sings, and casually, unpretentiously finds everything strange,” praising the “light, mysterious accuracy” of her truths. “When poetry comes to me, it’s usually a way of making sense of the unimaginable,” she says. “I don’t have answers, I’m simply searching for them.”

The Carrying, Limón’s latest collection, was named one of the most anticipated books of 2018 by NPR. Interrogations of the human body deepen as her speaker reckons with chronic pain, the fight for fertility, her father-in-law’s Alzheimer’s and the death of her lover’s ex-lover. Located in the the poet’s deeply verdant and mysterious universe, each poem follows its own trajectory––a recollection of a dream or a contract with a racist stipulation––towards its own swift and startling hope. Her gift of noticing and articulating strange beauty seems more vital now than ever. “Don’t die,” she urges the reader in a poem called “The Leash,” “Even when silvery fish after fish / comes back belly up, and the country plummets / into a crepitating crater of hatred, isn’t there still / something singing?”

Ada Limón has received fellowships from the New York Foundation for the Arts, the Provincetown Fine Arts Work Center and the Kentucky Foundation for Women. Today she serves on the faculty of the Queens University of Charlotte’s low-residency MFA program and the 24Pearl Street online program for the Provincetown Fine Arts Work Center. In addition to her teaching and creative work she is a freelance writer, splitting her time between Lexington, Kentucky and Sonoma, California.

What It Looks Like to Us and the Words We Use

All these great barns out here in the outskirts,
black creosote boards knee-deep in the bluegrass.
They look so beautifully abandoned, even in use.
You say they look like arks after the sea’s
dried up, I say they look like pirate ships,
and I think of that walk in the valley where
J said, You don’t believe in God? And I said,
No. I believe in this connection we all have
to nature, to each other, to the universe.
And she said, Yeah, God. And how we stood there,
low beasts among the white oaks, Spanish moss,
and spider webs, obsidian shards stuck in our pockets,
woodpecker flurry, and I refused to call it so.
So instead, we looked up at the unruly sky,
its clouds in simple animal shapes we could name
though we knew they were really just clouds—
disorderly, and marvelous, and ours.

I like the lady horses best,
how they make it all look easy,
like running 40 miles per hour
is as fun as taking a nap, or grass.
I like their lady horse swagger,
after winning. Ears up, girls, ears up!
But mainly, let’s be honest, I like
that they’re ladies. As if this big
dangerous animal is also a part of me,
that somewhere inside the delicate
skin of my body, there pumps
an 8-pound female horse heart,
giant with power, heavy with blood.
Don’t you want to believe it?
Don’t you want to lift my shirt and see
the huge beating genius machine
that thinks, no, it knows,
it’s going to come in first.

Instructions on Not Giving Up

More than the fuchsia funnels breaking out
of the crabapple tree, more than the neighbor’s
almost obscene display of cherry limbs shoving
their cotton candy-colored blossoms to the slate
sky of Spring rains, it’s the greening of the trees
that really gets to me. When all the shock of white
and taffy, the world’s baubles and trinkets, leave
the pavement strewn with the confetti of aftermath,
the leaves come. Patient, plodding, a green skin
growing over whatever winter did to us, a return
to the strange idea of continuous living despite
the mess of us, the hurt, the empty. Fine then,
I’ll take it, the tree seems to say, a new slick leaf
unfurling like a fist to an open palm, I’ll take it all.

From THE CARRYING (Milkweed Editions, 2018)