When technologies change the world, what happens? From moveable type to drones, prison architecture to bioinformatics, innovation has long tested our ethics, if not also our ways of being human. What, then, are the implications of innovation?

Thinking expansively about technology and its work in the world, this yearlong Kahn project invites discussions about creativity and data, machines and knowledge production. Among the questions we seek to address: how have people, individually and collectively, grappled with the virtues and transgressions of new technologies? How do current habits of thinking with—and depending upon—technology differ from those of the past, or those we imagine for the future? How do our positions on technology shape relationships to that which is not human and our senses of self?

When this seminar begins in 2020, the Internet of Things (IoT) and 5G increasingly promises to shift daily lives—in conjunction with, and through resistance to—a myriad of older technologies. Today’s pace of change may be distinctive, but innovation and inequality have sparked each other for centuries. Moreover, we know technologies can produce inequality, but what about the other way around: what are the effects of inequality on technological innovation? Alongside this question, we will explore and challenge underlying presumptions that fuel public discourse on technological “progress.” Because social technologies lead into unexpected terrain, and, consequently, force policy reform, we expect to discuss security and surveillance, but also social media’s effect on friendship and changing concepts of intellectual property. With an eye on different geographies and historical settings, we will consider analog technologies and nostalgia as well as specific technologies (e.g., CRISPR, AI, smart phones but also fax machines, eyeglasses, and cotton gins). Our inquiry will lead us to philosophy and ethics. It will also involve hands-on work and critique—perhaps with drones or video games, farm equipment and sensors that bear witness to climate change.

In taking up the contested spaces produced by innovation, this project invites people eager to think about how distinct communities consume/ produce different technologies and the issues these practices raise. We are interested in both affect and effect, especially for those anchored in higher education. The project welcomes colleagues interested in any aspect of the history of innovation, whether their primary questions are bound to algorithms, anabiosis, or the arts. 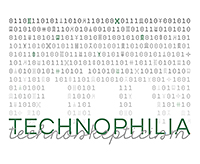