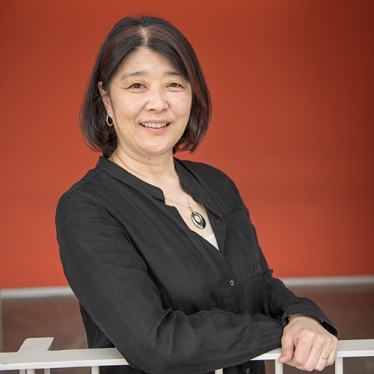 Yuri Kumagai has been teaching Japanese language to college students in the United States for more than 20 years. At Smith, she teaches all levels of Japanese language courses as well as a culture course. Well-grounded in her training and expertise in applied linguistics, sociocultural theories and critical approach in foreign language education, she has been developing a project-based language and culture learning curriculum by collaborating with other language teacher-researchers worldwide.

Her research interests include critical literacy and multiliteracies in foreign language, analysis of classroom discourse and interactions, and ideology and language.

Kumagai has been active in presenting her research findings nationally and internationally, and her publications appear in numerous journals and in edited books both in English and in Japanese. Her most recent publications include: “日本語で社会とつながろう!” (co-authored, 2016, ココ出版); "A Genre-Based Approach to Reading as a Social Practice:日本をクリティカルに読む” (co-authored, 2015, Routledge); "Multiliteracies in World Language Education" (co-edited, 2015, Routledge); and "未来を創ることばの教育をめざして：内容重視の批判的言語教育" (co-edited, 2015,  ココ出版).