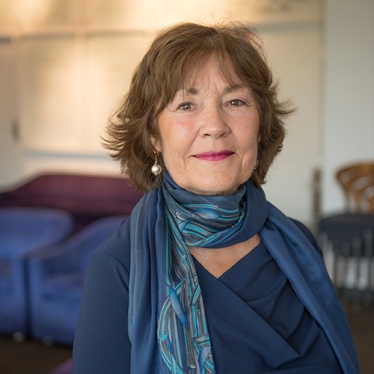 Victoria Offredi Poletto was born and raised in England and Italy of Italian parents and has resided in the United States for the past 38 years. She studied French and Italian at the University of Birmingham, England, and later studied education at the University of London’s School of Education. At the beginning of her career, Poletto taught English as a foreign language in Italy, France, Spain and Iran, and she later ran her own English language school in Kent, England. For 20 years she taught Italian as senior lecturer at Smith College, including a senior seminar on the theory and practice of translation. She directed the Smith College junior year abroad program in Florence four times. In 2004, Poletto was awarded the Sherrerd Prize for Distinguished Teaching, one of the first four recipients of the prize. Since her retirement in 2007 she has collaborated with her colleague Giovanna Bellesia in translating a variety of works, both online and for publication, by immigrant women to Italy, more recently Cristina Ali Farah’s Madre piccola and Gabriella Ghemandi’s Regina dei fiori e di perle. It is Poletto's firm conviction that these authors not only give us a new understanding of what it means to be writing in Italian in the 21st century, but they also deliver a message that profoundly resonates with immigrants all over the world.