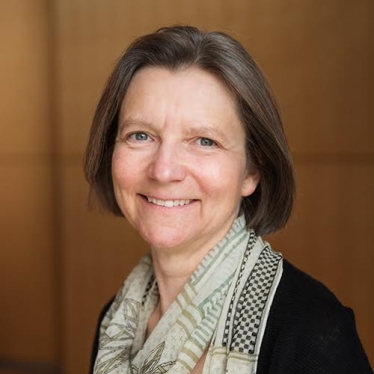 Supported at various stages by the National Council for Eurasian and East European Research, the National Endowment of the Humanities, the Social Science Research Council, and the Mellon Foundation, Vera Shevzov's research engages a broad array of issues related to religion and people’s sense of belonging. She is interested in questions related to religion and collective identities (including ethnic and national), historical and sacred memory, and religion and secularism. Her work focuses in large part on lived religion, as well as on religion’s interface with visual culture (especially iconography), politics and revolution.

Shevzov teaches a wide array of courses in Christian Studies and regularly participates in team-taught courses on world religions, women and religion, and approaches to the study of religion. She is also a member of the Program in Russian, East European Studies, as well as the Program in Medieval Studies, and contributes regularly to their course offerings. Her regular course offerings include Jesus, The Making of Christianity, Mary: Images and Cults, Eastern Christianity, and The Russian Icon: Culture, Politics, and the Sacred.

The geographic area of Shevzov's research–Russia–is a region where East and West have historically met (and sometimes collided). Her book Russian Orthodoxy on the Eve of Revolution (Oxford University Press, 2004) was awarded the Frank S. and Elizabeth D. Brewer Prize of the American Society of Church History. Some of her more recent publications include:

Shevzov has also recently co-edited a volume of essays titled Framing Mary: The Mother of God in Modern and Post-Soviet Russia. Her current research involves a variety of projects on topics involving religion and revolution, God and the Gulag, and religion and Russia’s post-Soviet culture wars.