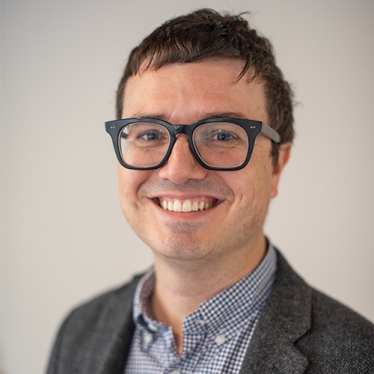 Tom Roberts researches Russian literature, cinema and intellectual history, specializing in the theory and practice of 19th-century literary realism. He is currently completing his first book, which explores how authors such as Dostoevsky, Leskov and Chekhov represent the experience of transcendence—moments that elude representational paradigms, and thereby challenge the traditional program of realist fiction. Tracing the intersection of secular and spiritual discourses in Russian culture of the mid- to late-19th century, the project considers how scientific materialism and Eastern Orthodox theology shaped the development of literary aesthetics and epistemology, generating a unique intellectual context for Russian realism that was distinct from European literature of the period. Roberts also researches Russian and Soviet cinema and has published extensively in this field, with particular attention to the work of directors Kira Muratova and Alexei German.

At Smith, Roberts teaches a variety of multidisciplinary courses across Russian cultural history, highlighting the intersection of artistic forms with political, philosophical and social discourses. In addition to survey and single-author courses on Russian literature and film, his recent and upcoming courses include topic-based surveys of Russian and Western science fiction during the Cold War, the Russian revolutionary tradition, and avant-garde cinema, art, and architecture in the Soviet Union and Eastern Europe.

“The Violence of Antiquated Forms: Fedorchenko’s Angels of Revolution.” Forthcoming in Studies in Russian and Soviet Cinema 13, No. 1 (2019).

“Translating Sacred Space: Church Ekphrasis in Leskov and Chekhov.” In “On Behalf of All and for All”: The Place of Liturgy in Russian Culture, ed. Ronald Vroon, Jeffrey Riggs and Sean Griffin. Forthcoming from Slavica Publishers, 2019.