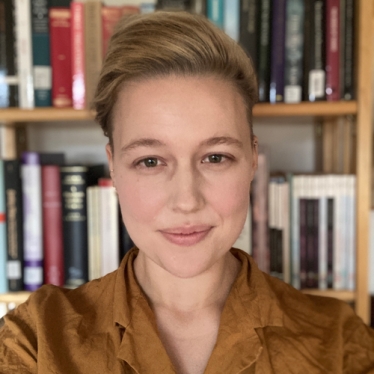 Tess Grogan received her bachelor’s in English from Smith College and her MPhil in Renaissance literature from the University of St. Andrews in Scotland on a Marshall Scholarship. Her teaching has ranged from Shakespeare's global afterlives to courses on contemporary wilderness writing and sci-fi. She is a doctoral candidate at Yale University, where her research focuses on death, memorialization, and fictions of social equality in late Elizabethan military literature. She specializes in early modern epic romance and the chivalric tradition, and has written about sexual violence in Ariosto, race and mourning in Spenser, early modern pedagogy, YA feminist fantasy, and Ursula K. Le Guin.