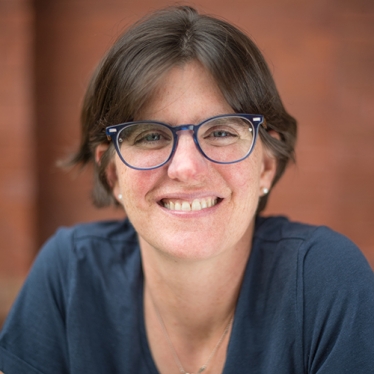 Susan Voss is an electrical engineer and scientist in the field of speech and hearing. Her research focuses on sound transmission in normal and diseased ears. Her work has applications in audiometric instrumentation, surgical auditory implants and aids for the hearing impaired.

Voss’s research lab focuses on basic science questions related to the structure and function of the peripheral auditory system. One current project measures and models ear-canal reflectance in order to develop a noninvasive diagnostic tool for middle-ear problems, including detection of fluid in newborn and infant ears. A second project aims to develop a noninvasive tool to monitor changes in intracranial pressure using the auditory response of otoacoustic emissions.

Voss received her bachelor of science in engineering from Brown University (1991) where she worked on computer speech recognition. At the Massachusetts Institute of Technology (MIT), she received her master’s degree (1995) from the Department of Electrical Engineering and Computer Science and her doctorate (1998) from the Harvard-MIT Division of Health Sciences and Technology.

Voss joined the faculty of the Picker Engineering Program at Smith College in January 2001. She has taught several courses, including Introduction to Engineering, Circuit Theory, Signals and Systems, Neuroengineering, Digital Signal Processing, and Acoustics.

With her sister Amy, Voss was a member of the U.S. Sailing Team (1990–92). Together they won the 1991 Pan-American Games in Havana, Cuba, and placed third in the 1992 U.S. Olympic Trials. Voss grew up in Holmdel, New Jersey, and now lives in Northampton with her husband, Paul Voss, and their two children. She enjoys biking, gardening and walking her two German Shepherd dogs.